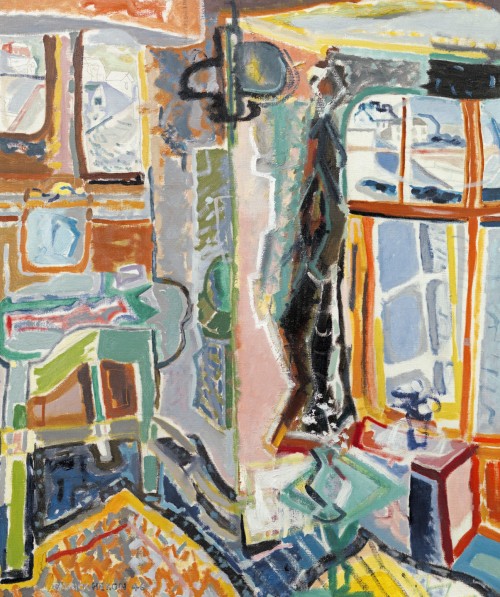 signed, dated and inscribed on the stretcher: 7 BEDROOM,

Private collection, UK, purchased in 1952 and then by descent

This radiant, sun-drenched interior reflects the light and landscape of Mousehole harbour, which Heron painted in the summer of 1946, the year after his marriage. Heron made annual visits to Cornwall from 1945, staying initially in Carbis Bay and then from 1947 to 1954 at 3 St Andrews Street, St Ives. This painting represents one of very few works he made in Mousehole.[1]

Bedroom, Mousehole is a powerful example of Heron’s work of the 1940s on the theme of interiors and windows, its rhythmic linearity and decorative colour making it a joyful painting, vibrating with lines of light and vision. Heron recalled: ‘The feeling of a sort of marriage of indoor and outdoor space, through the aperture of the window frame, itself roughly rectilinear and parallel to the picture surface, was really the main theme of all my paintings – or nearly all – between 1945 and 1955.’[2]

At this decisive point in his career, Heron, already a perceptive and sophisticated artist, had developed not only his own voice as an art critic, but also his own distinct visual language in painting. Writing of the inspiration behind his stylistic advances at this time, Heron stated ‘From Braque came the idea of the ‘transparency’ of the objects…On the other hand, the nature of my charcoal drawing is far removed from Braque…in their lose and speedy linearity these charcoal grids are, therefore, if anything, nearer Matisse.’[3] The importance of Matisse and in particular The Red Studio, 1911 (Museum of Modern, New York), which Heron frequently visited on display at the Redfern Gallery, London in 1943-45 and declared to be ‘the most influential single painting in my entire career’ can be seen in the transparency of still life elements, the ambiguity of perspective, the compositional rhythm and creation of space in planes of pure colour. Although Heron fully acknowledged the importance of significant French masters, these key influences were fully integrated into a style undeniably his own.

Although Heron was born at Headingly, Leeds, much of his childhood was spent in West Cornwall. His father was a blouse manufacturer and founder of Cresta Silks, commissioning artists including Paul Nash and Cedric Morris. Heron studied part-time at the Slade School of Art between 1937-39. During the Second World War, he registered as a conscientious objector, working as an agricultural labourer and later as an assistant at the Bernard Leach Pottery, St Ives from 1944-45, during which time he met Ben Nicholson and Barbara Hepworth. In 1945, Heron married Delia Reiss and moved to London, making annual summer trips to Cornwall. He held his first solo exhibition at the Redfern Gallery in 1947 (and continued to exhibit with the gallery until 1958), visiting Paris for the first time the same year. During this period Heron was also an influential art critic, writing for the New English Weekly from 1945-47, New Statesman and Nation from 1947-50, the London correspondent for Arts, New York, from 1955-58, and published an anthology of his critical writing, Changing Forms of Art in 1955.

Heron painted his first purely abstract paintings in 1952 and after a brief return to figuration, executed works in a tachiste style from 1955, prior to the exhibition Modern Art in the United States at the Tate Gallery in 1956. This change to abstraction coincided with his move to Eagles Nest, Zennor, and the following year he exhibited his first stripe paintings in a group exhibition entitled Metavisual, Tachiste, Abstract. In 1958, he moved to Ben Nicholson’s former studio at Porthmeor and began to introduce the shapes that were to characterise his paintings of the 1960s and 1970s. He also joined Waddington Galleries, where he would exhibit for the rest of his career. Heron visited Australia in 1967, 1973 and in 1989-90, as Artist in Residence at the Art Gallery of New South Wales, Sydney.

[1] Mousehole : 1946 in the collection of Giles Heron was included in Heron’s most recent retrospective at Tate St Ives. This may have been Mousehole Bay, 1946, no.33 in the Redfern Gallery exhibition. The Oval Window, Mousehole was included as no.35. 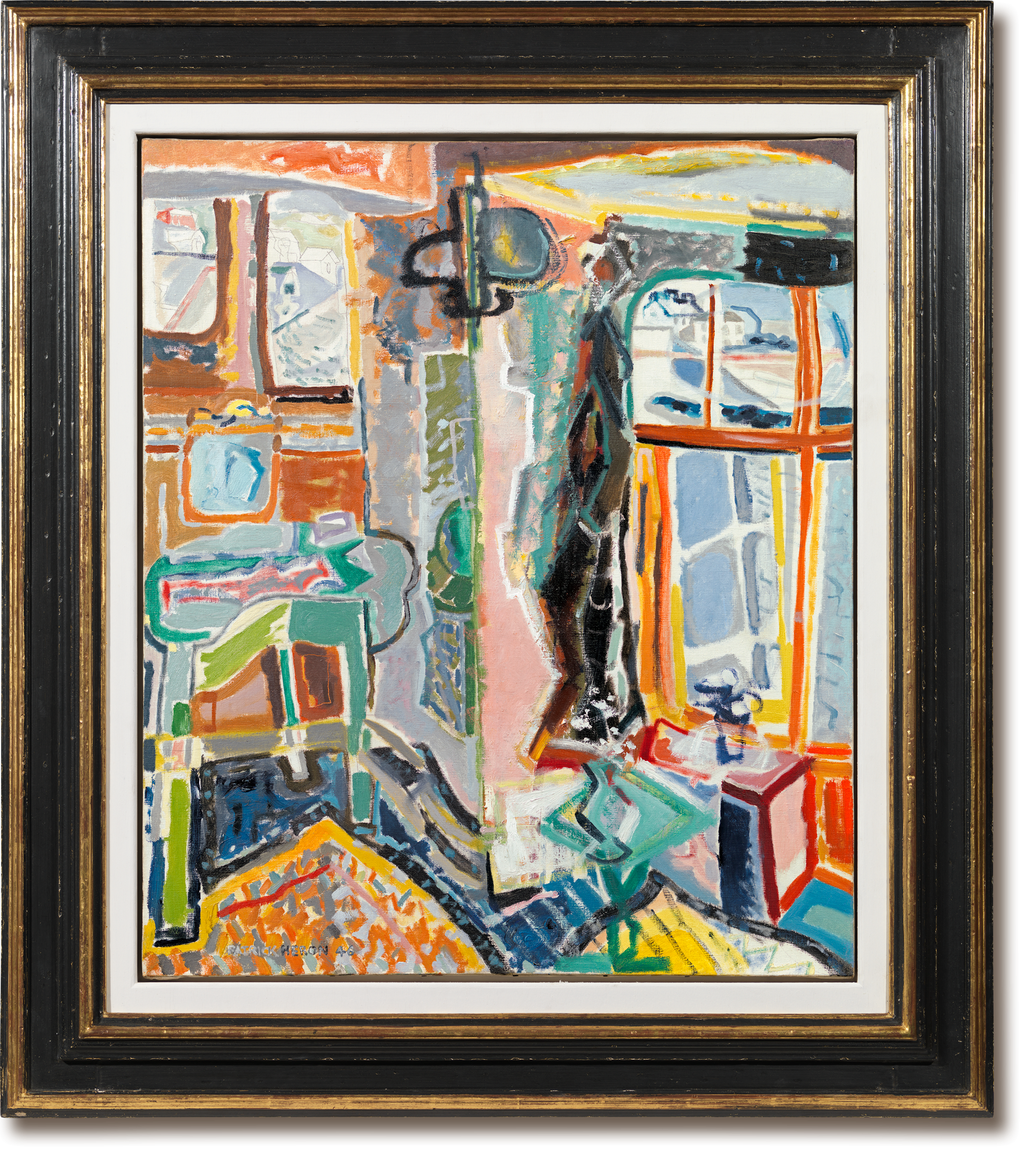