Private collection, a gift from the artist

A charitable foundation, acquired from the above in June 2004

Norbert Lynton writes of Scott’s development in 1957 ‘from austerity and a degree of realism to a richer and almost abstract display of colour, form and paint…In fact they mark a climax in his work. Blue, Yellow and Brown is an outstanding example. It is obviously a blue painting: four-fifths of it is the blue tabletop; only a narrow band above it warrants the term “brown”. Yellow are the scrawls of paint, top centre, that bring light and life to three bowls, but allow glimpses of white and blue between the strokes. Much of the surface is given to white forms, some opaque, others transparent, to two strong black forms, and to blue/black sections in the top band. The blue of the table is a broken surface, not only hinting at other colours beneath but also revealing other object-shapes in or beneath it, ghostlike forms that one senses before one sees them. The effect is luscious as well as mysterious, hinting at time, growth and decay.’[1]

Choosing objects of purely formal significance, William Scott’s representation of still life subjects concentrated on a contrast between the primitive austerity of the objects depicted and the sensuous qualities of paint and colour. Blue, Yellow and Brown, painted in 1957, vividly demonstrates this contrast, displaying simple objects enlivened by a rich paint surface, thick with impasto. Suggesting a gradual development towards a second period of abstraction, Ronald Alley discusses Scott’s still lifes from 1957–58, describing the increased simplification of form and the importance of texture: ‘Though still life remained the theme for most of his paintings, the pots and pans began to lose their identity and to turn into irregular oblong or lozenge shapes…The quality of the picture surface was now extremely important, the textural contrasts, the thin paint and the thick paint and the scratched lines. But although Scott treated oil paint as a delectable substance, he was anxious to avoid a too perfect finish, a facile smartness.’[2]

‘During the last ten years I have aimed at expressing my ideas in as direct and simple a manner as possible taking for my subjects things seen, which are common and ordinary, believing that the

poetry of the subject will be in the painting of it’.[3] 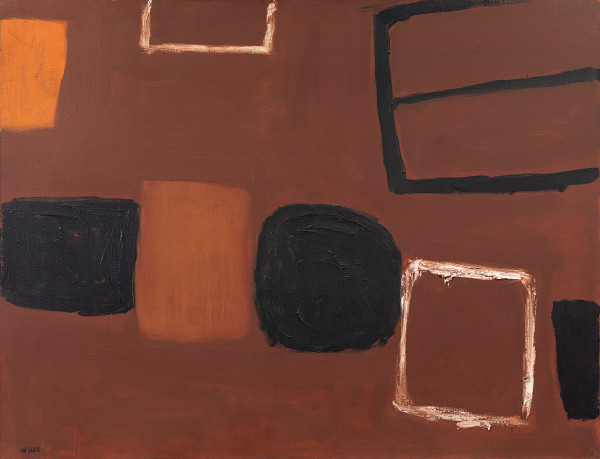 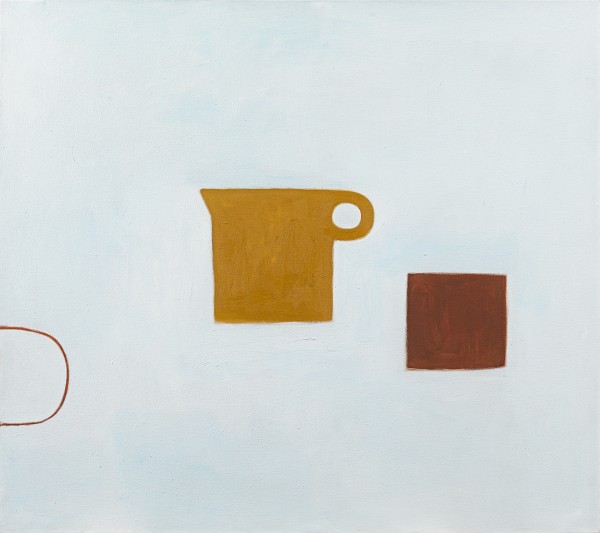