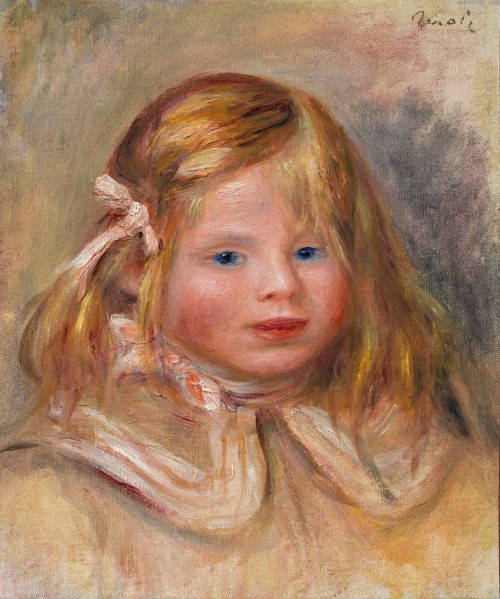 In an antique carved and gilded Louis XV frame

from whom acquired by a private collector, Switzerland;

from whom acquired in October 1996 by Murray and Irene Pergament, New York

from whom acquired in April 2014 by Nancy W Knowles

Auguste Renoir loved children and he loved painting them: their glowing skin, their soft contours, their air of optimism and innocence. All are present in this lively portrait of his youngest son, Claude (1901-1969), born when Renoir was sixty, and known to the family as Coco. Renoir delights in four-year-old Coco’s unruly locks, with their red and gold highlights, charmingly restrained by a pink bow. There is energy in the sweep of his pink collar and the vibrating shadows of the wall behind him. Only Renoir can suggest the misty blue of a child’s eyes, full of hope and curiosity. By this stage of his career, Renoir painted from passion rather than financial necessity. He has snatched up his brushes to create this shimmering portrait of childhood, full of affection.

Coco’s mother was Aline Charigot (1859-1915), whom Renoir met in 1880. Like Renoir’s mother, she was a seamstress. From Essoyes in southern Champagne, she quickly became his model and lover. She is the snub-nosed, round-faced young woman cooing at the lap dog in Renoir’s celebrated Luncheon of the boating party, 1880-1 (Phillips Collection, Washington DC). Their first son, Pierre, was born in 1885. The couple married in 1890 and Jean (the future film director) was born in 1894. Claude followed on 4th August 1901.

It is obvious from Jean Renoir’s famous memoir of his father, Renoir (1962) that Auguste was a humane, tolerant and wise parent, who connected with his children despite being in middle age by the time that the eldest was born. From 1908 the boys had the chance to run wild in the jungly Mediterranean garden at Les Collettes, near Nice, which inspired so many of Renoir’s later landscapes. He painted his children on numerous occasions. The full-length Claude Renoir en clown, 1909 (Musée de l’Orangerie, Paris) has overtones of an Old Master painting; as John House comments, ‘it delicately treads the borderline between homage and parody’[1]. Claude’s beautiful blonde hair is still in evidence, if rather more carefully styled. He has left an amusing account of the genesis of the work, as his eight-year-old self rebelled at the itchy silk stockings that he was made to wear. ‘Threats followed, and then negotiations; one after the other I was promised a spanking, an electric railway, being sent to boarding-school, and a box of oil colours’[2]. Claude was eventually rewarded with the paints and set to work.

Unsurprisingly, growing up in such an atmosphere of creativity, Renoir’s boys embraced the arts. Pierre (1885-1952) became an actor. Jean (1894-1979) became a famous director of films such as La Bête Humaine (1938) and La Règle du Jeu (1939). Claude worked with Jean on his films and in the Second World War joined the Résistance, earning the Croix de Guerre and the Médaille de la Résistance. After the War, he was involved in television. In 1950 he returned to the Côte d’Azur and made and painted ceramics, the craft to which Auguste had been apprenticed a hundred years before. 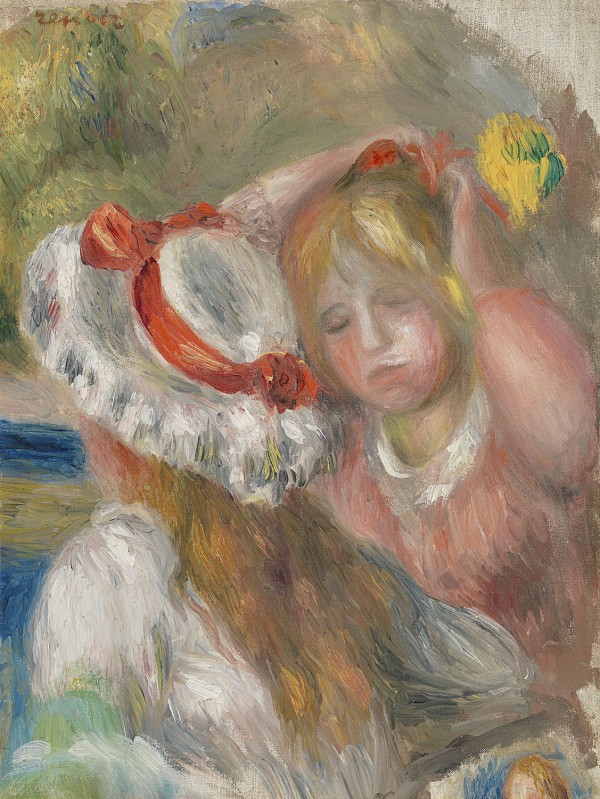 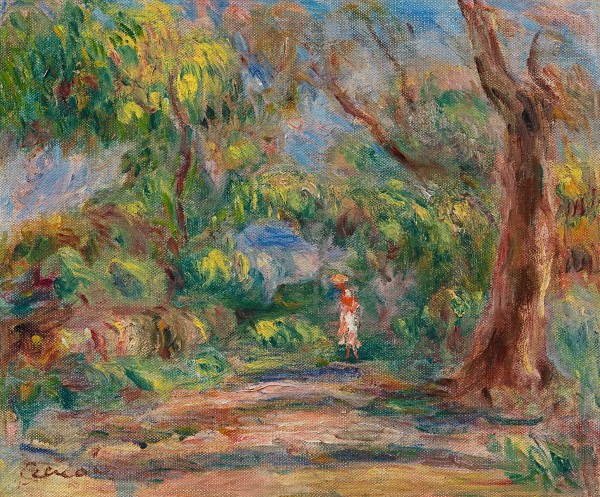 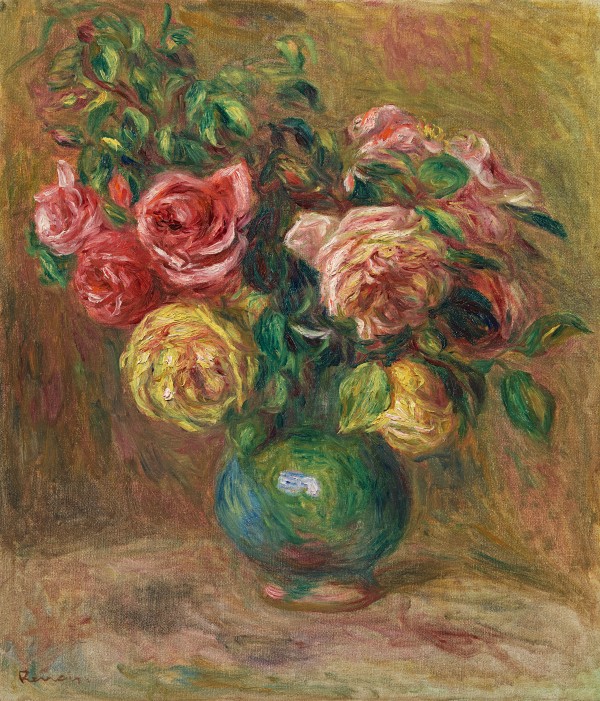