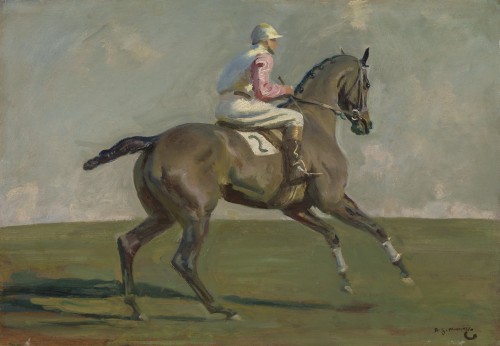 Going to the Start

Going to the Start

Purchased by Mrs Dunne from the Leicester Galleries Munnings exhibition, 1947;

by descent in a private collection, UK;

Munnings wrote in the third volume of his autobiography: ‘Each start was a fresh picture for me, as they have been, meeting after meeting, year after year’[1]. He was fascinated by the tension of the jostling horses and the play of light on the jockeys’ silks: ‘the grouping, the movement – colour, all dependent on the lighting, the sky. Orange satin, cerise-and-white, blue-and-yellow, emerald green – a large field waiting, regrouping. At each start, determining to retain the picture in mind, too often an incident, something a horse is doing, distracts, and once again my purpose is thwarted’[2].

The present painting is related to the central foreground horse and jockey in Going to the start, a large (42 x 57 in / 106.6 x 144.7 cm) canvas of circa 1945 now in the National Museum of Racing and Hall of Fame, Saratoga Springs, New York[3]. The horse pulsates with life as it arches its neck and strains towards the starting line, held in check by the masterly control of the jockey. Munnings changed the colour of the jockey’s silks in the Saratoga painting to black and white, but he still rides at no. 2.

The year 1919 was a major turning-point in all aspects of Munnings's life; he painted his first racehorse, Pothlyn, the winner of the Grand National, and became an Associate of the Royal Academy.  He met Violet McBride, whom he was to marry, and bought Castle House, Dedham, where the Munnings Memorial Trust maintains a permanent exhibition of his pictures. Munnings's prolific career, spanning over 60 years, brought him honour, with election to the Presidency of the Royal Academy in 1944, a Knighthood in 1945, and a personal award from the Sovereign in 1947, when he was created Knight of the Royal Victorian Order. 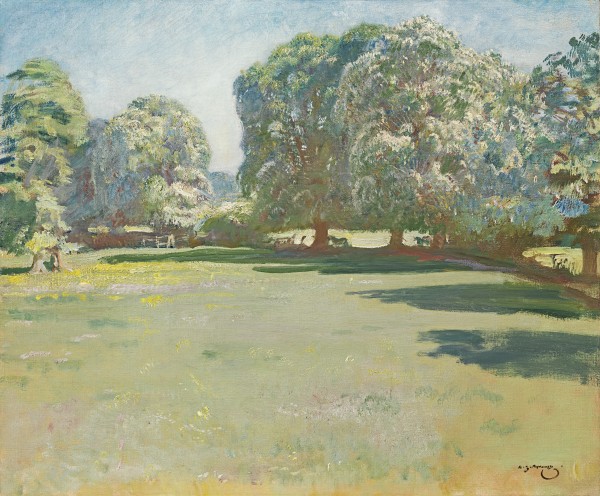 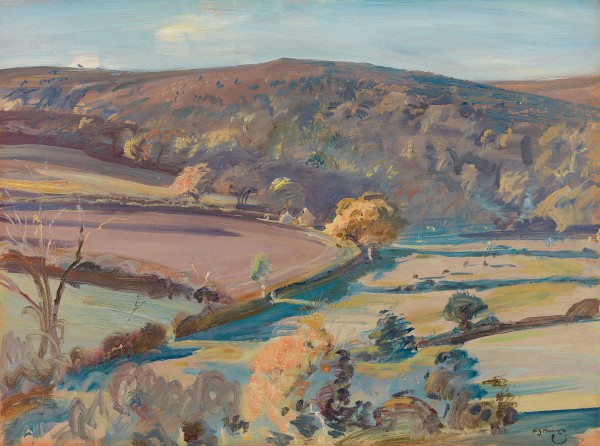