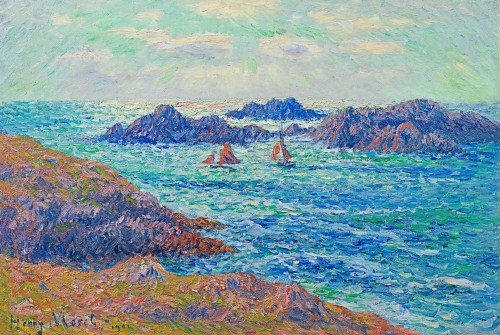 where acquired by a private collector, France

Of all the members of the Pont-Aven School, Moret was the most faithful to the area. He had first visited there in the 1880s and in 1896 settled permanently in the small fishing village of Doëlan, four miles by the coastal path from Le Pouldu. Thereafter he divided his time between Brittany and Paris, where a contract with Durand-Ruel in 1895 relieved him of financial worries. Moret was enraptured by the rugged, breezy coast of Brittany, with its sparkling and fleeting light. ‘An indefatigable fisherman and huntsman, a real seadog, a first-rate shot’[2], Moret got on well with Brittany’s dignified, hardy inhabitants.

This painting depicts Ouessant (in Breton, Eusa), the island off the westernmost tip of France. Moret’s rich impasto conveys the power of the sea and the spiky resilience of the land formed by it. A pair of Breton fishing boats, with their characteristic rust-coloured sails, make their way between the treacherous channels of l’Anse des Pilotes. The painting demonstrates Moret’s power as a colourist. A sea of cobalt, turquoise and green swirls around the rocks, becoming more and more radiant toward the horizon, where it meets a cloud-flecked sky. Moret picks out the myriad colours of the foreground cliffs, blending vigorously-hatched brushstrokes to reflect the energy of this windswept, exhilarating landscape. 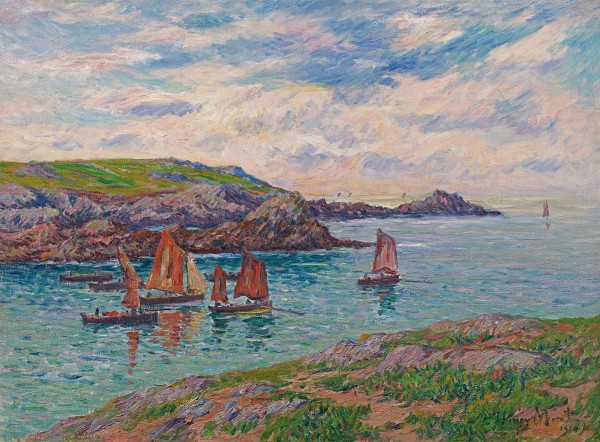 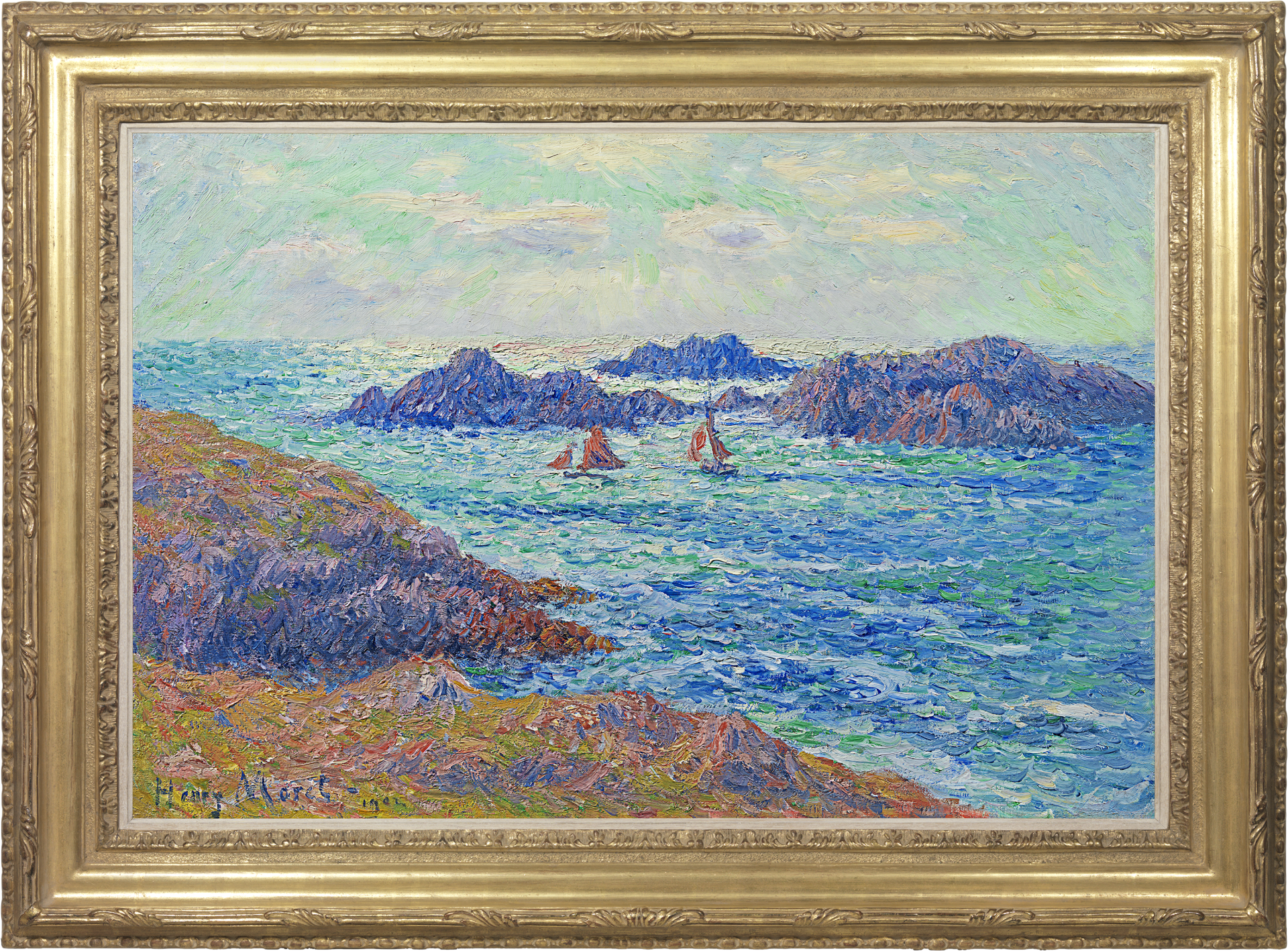