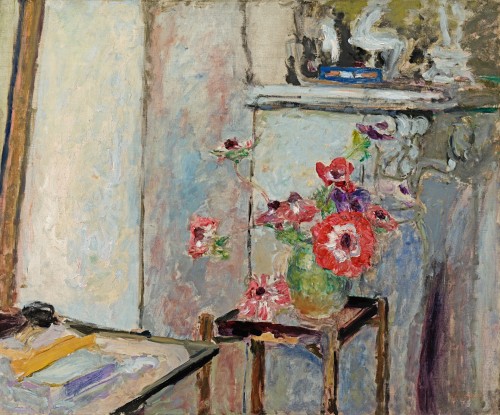 In a carved and gilded Louis XIV style frame

Edouard Vuillard’s painting is steeped in the intimisme of domestic life. As a student copying paintings in the Louvre, his preferred subjects were seventeenth century Dutch interiors and the still lifes of Chardin. Like John Constable with his Stour valley landscapes, Vuillard’s imagination was set free by the familiar. In 1889 he joined the Nabis (‘Prophets’), a group of artists including Paul Sérusier, Maurice Denis and Pierre Bonnard, who experimented with Synthetism, which prized memory rather than direct observation, simple blocks of colour and the deliberate focus on the two-dimensional picture plane. Vuillard’s paintings of the 1890s frequently feature his dressmaker sister and mother in their modest Parisian home. Works such as Interior, the dressmaking room, 1893 (private collection, USA)[1] employ a dark palette, with emphasis on simplification and pattern-making influenced by Japanese prints.

By 1905 Vuillard had moved away from the Synthetist style and introduced more light and space into his paintings, while retaining a love of pattern and a richly decorative palette. He had segued into the haut bourgeois world of Jos Hessel, a partner in the art dealing firm of Bernheim-Jeune, with whom he began exhibiting in 1900. From 1901 until the First World War Vuillard spent summers in Normandy and Brittany with Hessel and his wife Lucy, who became his mistress and muse.

Les anémones sur une petite table is one of a group of paintings that Vuillard made around 1905 featuring flowers on a delicate, square table. The setting is probably his apartment in the Rue de la Tour, near the Bois de Boulogne. The dynamic, oblique perspective is characteristic of his work at this period. The diamond shapes of the table and adjacent desk lead the eye into the room. Their geometric shapes are broken by the delightful anarchy of the anemones and the curves of the mantelpiece. Vuillard’s skill with colour and his joy in the tactile qualities of paint is fully in evidence. He revels in the red of the anemones against the green-glazed jug, the bright blue object on the mantelpiece, reduced almost to abstraction, and the stripes of yellow and blue on the desk. The pearly white of the chimneypiece and wallpaper, suffused with coloured shadows, unifies the composition.

The critic JE Schnerb wrote of the artist in 1907: ‘M Vuillard…showed us how skilfully he composes his interiors, portrays the familiar scenes behind his flowers, all the while observing like a Dutch painter the play of light and the recession of planes, how he imbues his painting with the charm of subtlety and wit’[2].

A similar square table with a vase of daisies appears in Vuillard’s Stoneware jug, signed and dated 1907 (Fitzwilliam Museum, Cambridge)[3]. Anemones were a favourite flower, found in many of his still lifes and in studies such as Anemones, 1906 (Musée d’Orsay, Paris)[4].

This painting was in the collection of Henry Ford II (1917-1987), grandson of Henry Ford and President of the motor company which his grandfather founded. Henry Ford and his wife Kathleen DuRoss Ford collected outstanding paintings, furniture and works of art, divided between their homes in Palm Beach, Eaton Square, London and Turville Grange, Oxfordshire. 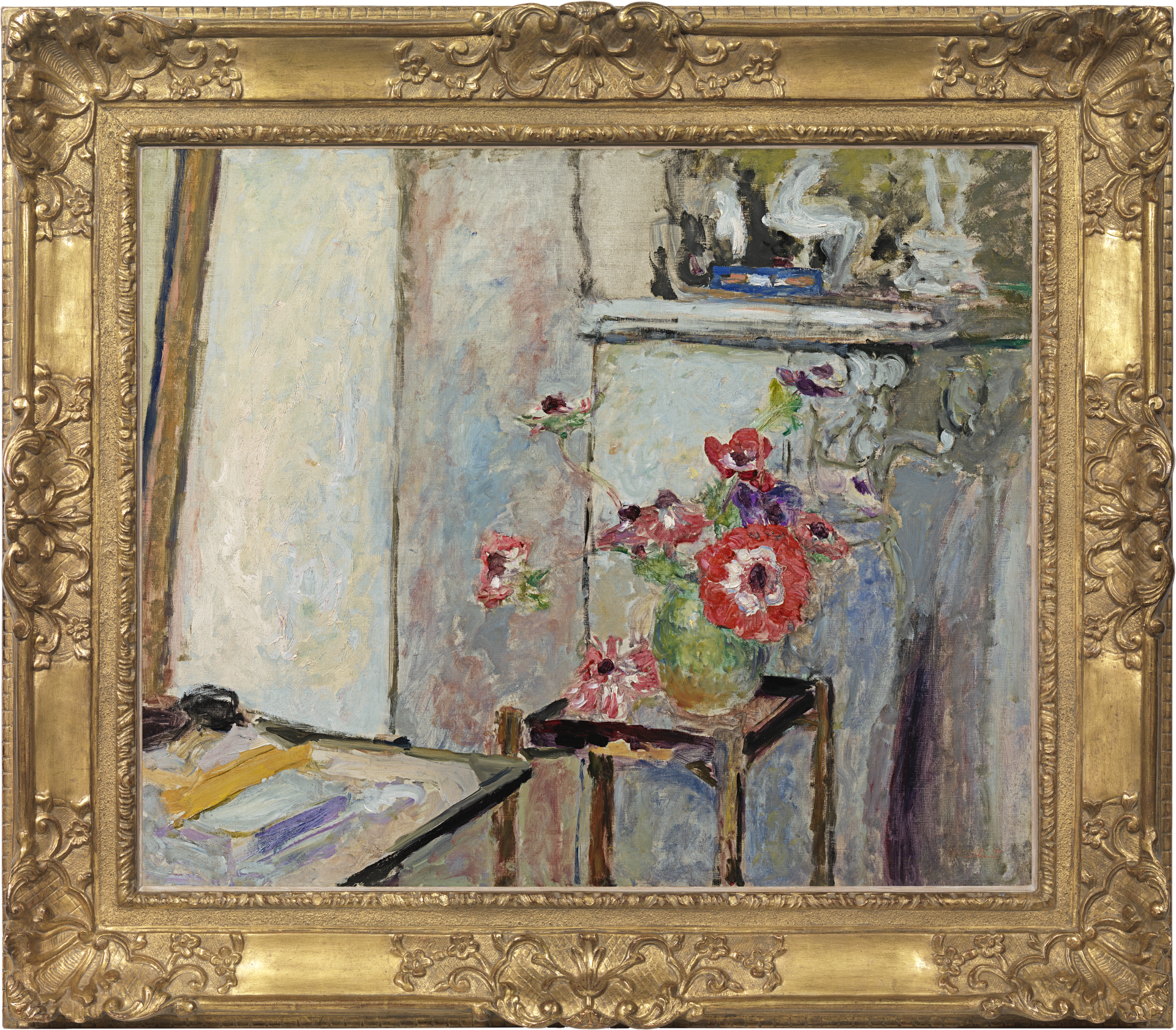