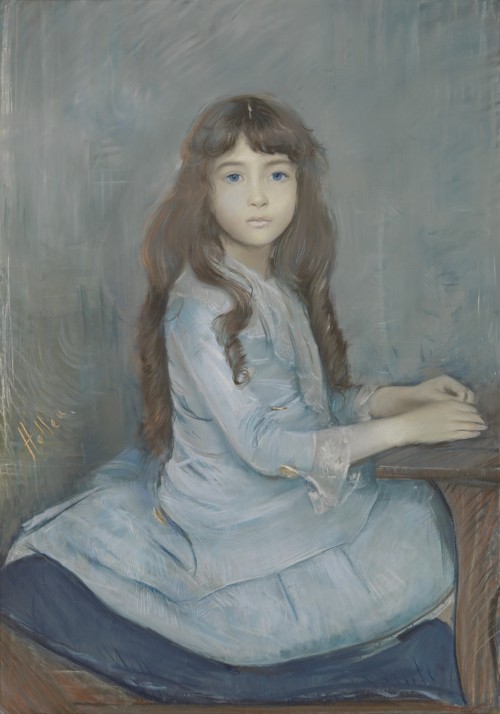 In its original gilded pastel frame

The authenticity of this painting was confirmed in 2003 by Mme Howard Johnson, daughter of Paul-César-Helleu. Its authenticity has been reconfirmed in 2011 by Mme Frédérique de Watrigant, Presidente de l’Association des Amis de Paul César Helleu; it will be reproduced in the catalogue raisonné of Helleu which is currently in preparation. APCH inventory no. PAS_917415797

Paul-César Helleu, a leading member of the Société des Pastellistes, exhibited from 1883 until 1890 a number of pastels which are harmonies in blue, gold and yellow, studies in grey or brown. From 1885 he obtained great success and attracted laudatory articles from critics such as Joris Karl Huysmans, Octave Mirbeau and Roger Marx.

Helleu particularly liked the medium of pastel for its lightness and delicacy, its transparency which gave grace and evanescence to his models. In his portraits taken from life, Helleu seized the movement, the sweet gestures of his models, expressing, in Edmond de Goncourt’s famous phrase, the ‘instantanés de la grace de la femme’. Helleu’s pastels breathe an atmosphere of almost Symbolist mystery, a little ‘Whistlerian’.

In this pastel of Mademoiselle Granier, Helleu suggests an atmosphere of intimacy. We notice, as so often in his pastels, the desire to limit tones, here the dominant colours of blue, brown and cream. The soft relief of the girl’s face, her serious expression, the intense glance of her beautiful blue eyes transfix the painter. Her fringe and long curls of brown hair frame her face, emphasizing the creamy perfection of her skin and her bright blue eyes. This portrait expresses with sincerity the grace and beauty of the child. We note the delicacy of the representation of the lace on the collar and the sleeves of the dress.

Other Works By
Paul Cesar Helleu: 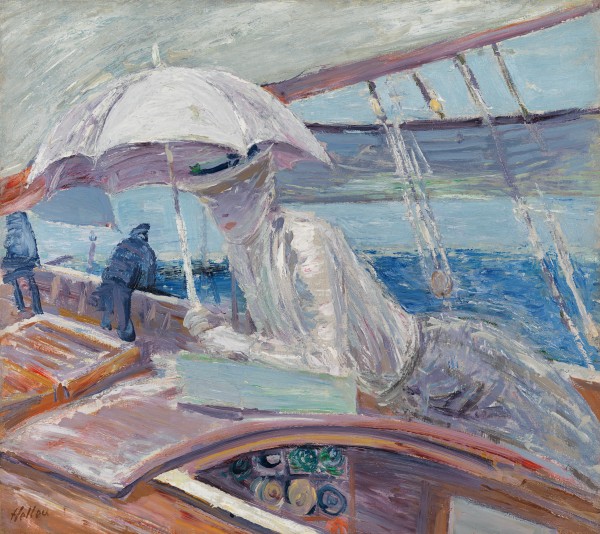