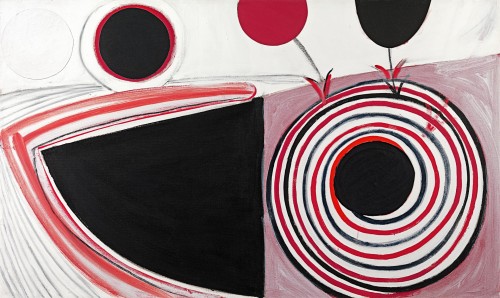 Signed, dated and inscribed on the reverse: Manitou Terry Frost '97

Private collection, acquired directly from the artist’s studio in the late 1990s

Painted in a striking palette of red, black and white, Manitou is a bold and powerful image, reflecting the artist’s interest in Russian Revolutionary art, as practiced by El Lissitzky and Rodchenko (the artist’s declared gods), whose geometric symbolism impressed Frost with its vital clarity. The colours also reveal Frost’s admiration for the work of the Spanish poet and dramatist, Federico Garcia Lorca (1898-1936): ‘With Lorca I travel on a ride to no-man’s land. There I am, emotions take on a new distance and the extent between life and death becomes forever. Black and Red become a symbol for death and life, lust, passion, tenderness, fear, love.’[1]

Manitou includes several distinctive forms which recur throughout Frost’s work: the boat, the black sun and the spiral. The spiral gives the work a sense of movement in contrast to the static black forms, like the waves beneath the boat. At this time, he would often paint his spirals using one continuous brushstroke: ‘I like spirals because they are forever. If you walk along the coast, as I used to do a lot, you pick up shells and you see those shapes. The aboriginals use spirals in their art and animals have spirals in their movements, when the wind blows on the tails of sheep, for instance, they go into spirals. The whole thing is part of life.’[2] The title Manitou was one of Frost’s middle names, meaning deity or spirit.

Terence Ernest Manitou Frost was born on 13th October 1915 in Leamington Spa.  Brought up by his grandparents, Frost was educated at Rugby Road School before attending Leamington Spa Central School from 11 to 14 years of age.  After leaving school in 1930 he worked in various jobs.  From 1932 to 1939, having joined the Territorial Army, he worked at Armstrong Whitworth in Coventry painting the wings of fighter planes and bombers.  He was called up with the Army Reserve in 1939 and served in France, Palestine and Lebanon.  After joining the Commandos he fought in Crete, where he was captured in 1941.  As a prisoner of War he was interned in camps in Salonika and Poland, ending up in Stalag 383 in Bavaria.  Encouraged by the young artist Adrian Heath, Frost began to draw and paint portraits of his fellow POWs.

In 1950 Frost worked as an assistant to Barbara Hepworth on her sculpture for the Festival of Britain, Contrapuntal Forms.  He taught a life drawing class at Bath Academy of Art, Corsham from 1952-4, where William Scott was head of painting and where Heath, Wynter and Lanyon also taught.  In 1954 Frost was awarded a Gregory Fellowship at Leeds University and moved his family there while teaching at the Leeds School of Art until 1957.  In 1960 he visited America for the first time and through the critic Clement Greenberg he met some of the leading U.S. painters of the day including Mark Rothko, Barnett Newman, Willem de Kooning and Robert Motherwell.  In 1962 Frost and his family moved to Banbury and he taught part-time at Coventry Art College.  He was made Artist in Residence at the Fine Art department of Newcastle University in 1964, became a full time lecturer at Reading University in 1965 and went on to become Professor of Painting there from 1977 to 1981.  Frost moved to Newlyn, Cornwall in 1974.  He was elected to the Royal Academy in 1992 and was knighted in 1998. 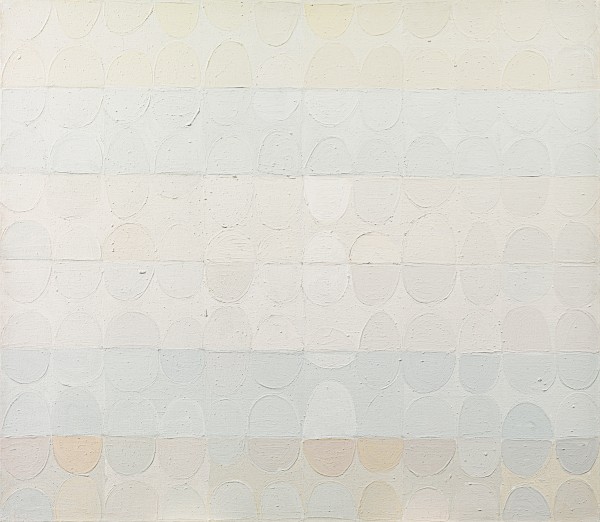 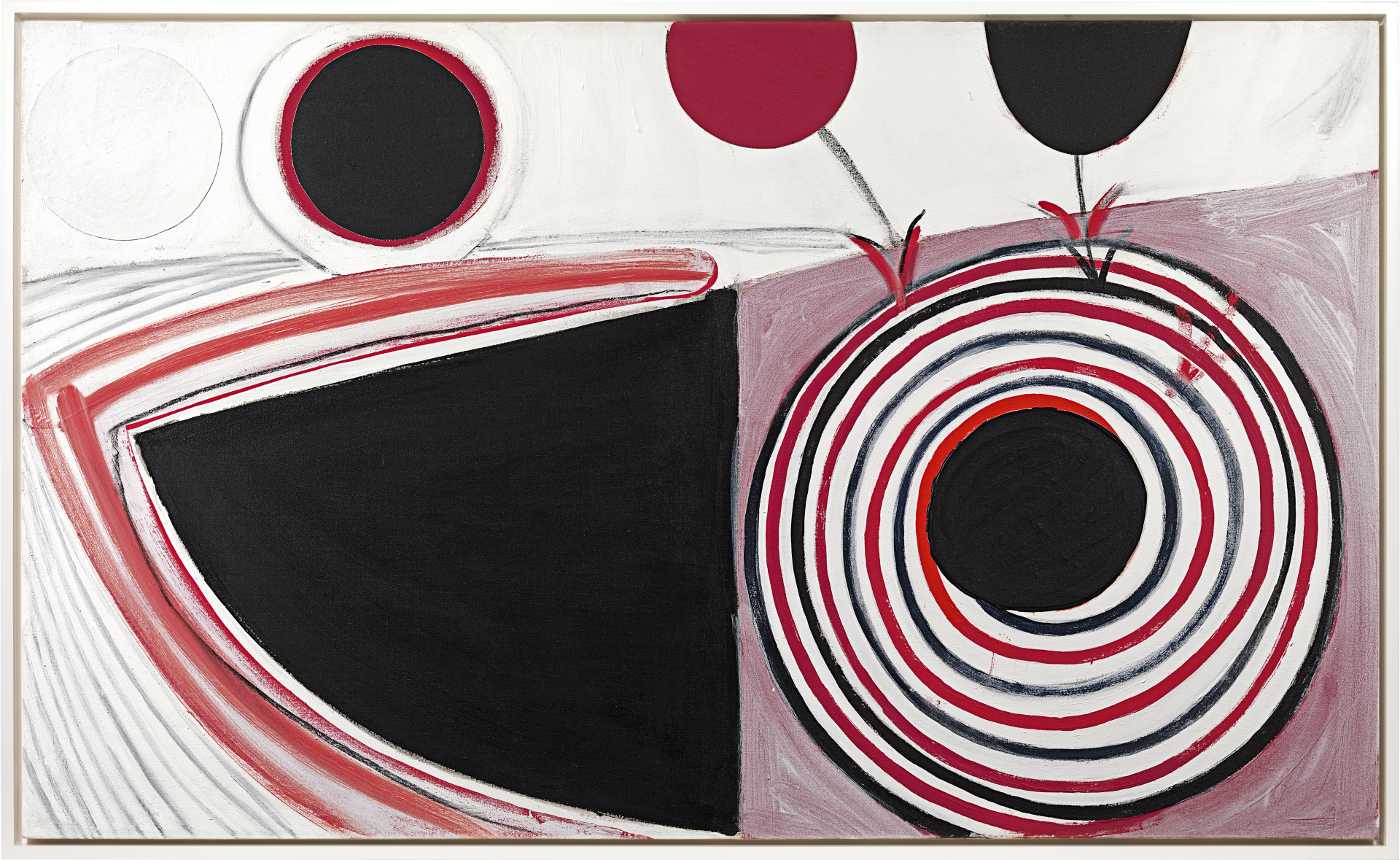