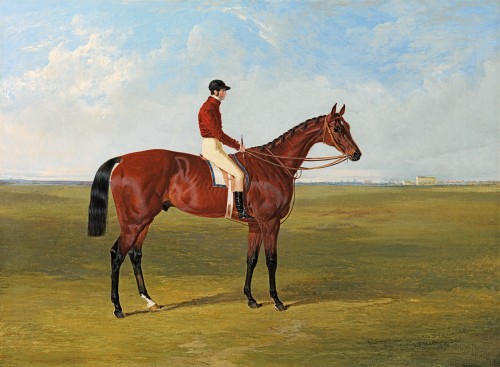 Mr Samuel Wrather's 'Nutwith', winner of the 1843 St Leger, with Job Marson up

Mr Samuel Wrather’s Nutwith, winner of the 1843 St Leger, with Job Marson up

Nutwith, a bay colt by Tomboy out of a Comus mare, was foaled in 1840, bred by Samuel Wrather of Masham, Yorkshire. He won two races in 1842, at Ripon and Richmond. John Bowes’s Derby winner Cotherstone was the favourite for the 1843 Doncaster St Leger at 6 to 4, while Nutwith was a rank outsider at 100 to 6. At the start Prizefighter took the lead at a rattling pace, with Cotherstone and Nutwith following closely. Prizefighter was spent at the half-distance and Nutwith took the lead, quickly caught by Cotherstone. ‘From the Stand they came on together, racing stride for stride, and head to head, and thus they finished one of the finest contests ever witnessed on the Town Moor, victory being declared for Nutwith, by a short head’[1]. 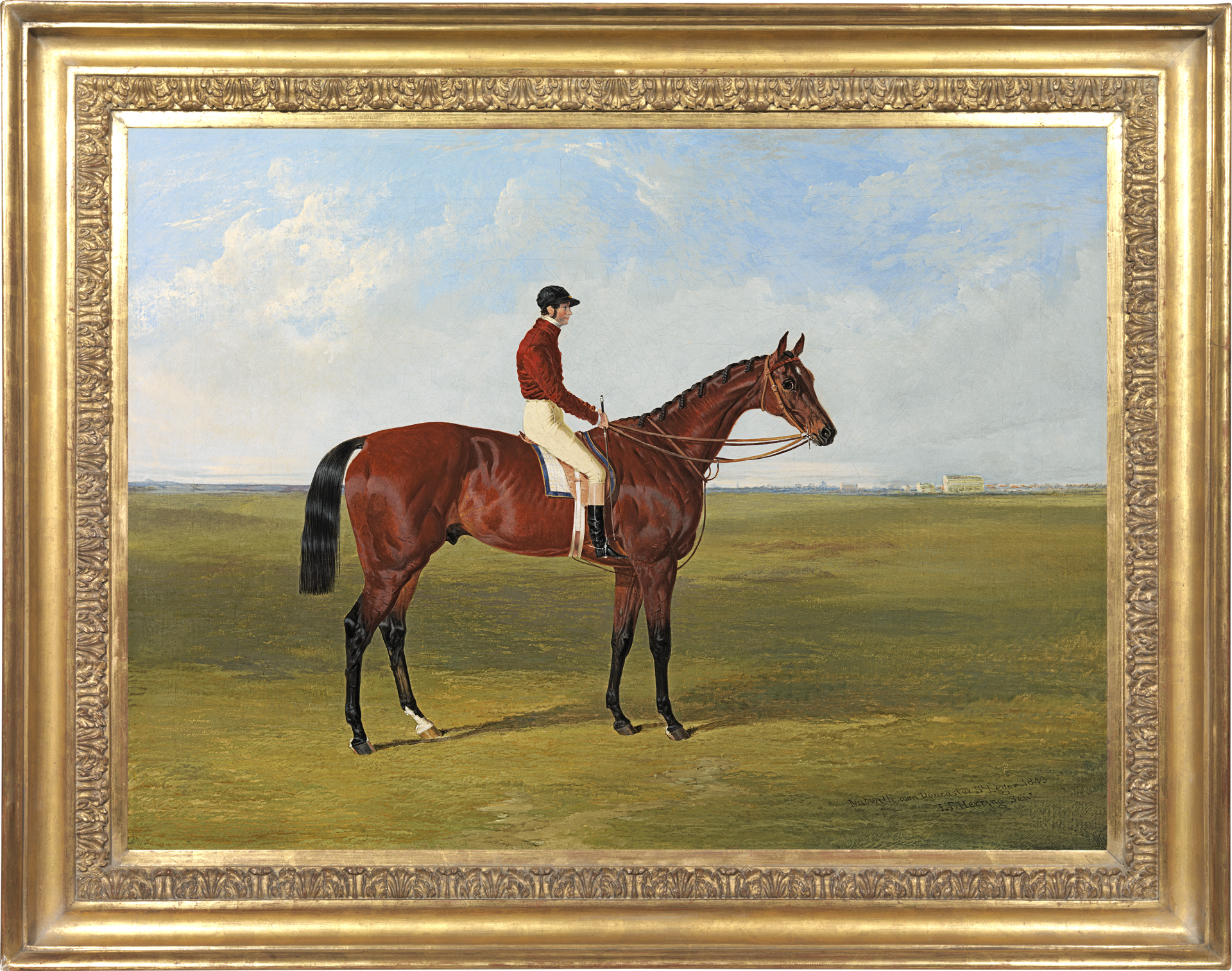