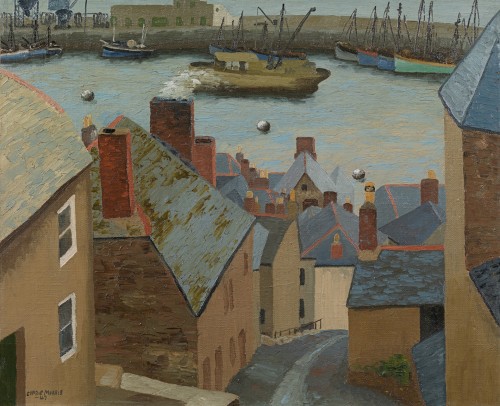 Cedric Morris was inspired by Newlyn throughout his career. Cedric and his partner Arthur Lett-Haines settled in the Cornish fishing village in 1919, attracted by an established painting community centred around the school founded by Stanhope Forbes (1857-1947). They lived first at Vine Cottage and then at The Bowgie, a ‘Futuristic abode’[2] that was the scene of many a wild party attended by the avant-garde artists of their generation. In the first half of the 1920s Cedric and Lett divided their time between Britain and France, mixing in Paris with those at the forefront of Modernism, including Fernand Léger, Juan Gris, Ernest Hemingway and Ezra Pound. They returned to Cornwall throughout the decade, often visiting the New Zealand-born artist Frances Hodgkins in St Ives.

This painting was made in November 1947, when Cedric was staying with his sister Nancy, also a painter, at Myrtle Cottage in Newlyn. She was in the midst of a psychological crisis caused by yet another complicated love affair. Morris plays with the shapes of the sturdy, slate-roofed fishermen’s cottages that march down the steep hill toward the harbour. Non-naturalistic perspective makes us examine the scene with a fresh eye. A palette of slate blue, grey, subdued mustard and brown interlocks the composition tonally, while the warm red brick of chimneys and roof lines adds liveliness and defines the complex geometrical composition. Morris revels in the viscous quality of oil paint, which he uses with great subtlety, from the light glancing off the roof tiles to the water of the harbour. Despite the subdued autumn weather, the harbour water shifts gently, reflecting the radiance of Cornish light which had enticed so many artists to the area.

The instinctive, direct vision of Newlyn Harbour from Trewartha Street owes a debt to the self-taught, ‘primitive’ painter Alfred Wallis, a Newlyn fisherman who took up art after his wife died in 1922. He painted harbour scenes and the boats which he understood so well on scraps of cardboard, with a haunting, childlike power. Wallis is said to have been ‘discovered’ by Christopher Wood and Ben Nicholson in 1928, although Morris claimed to have met him several years earlier. Morris’s Newlyn Harbour avoids faux-naïveté, but retains something of Wallis’s untrammelled spirit.

On 1st November 1947 Cedric wrote of his painting campaign in Newlyn to Lett back at home in Suffolk. He complained of the discomforts of Nancy’s cottage, of having to sleep on the couch and the bad food (Lett was an excellent cook). On the bright side, he records ‘I have painted 2 pictures, big ones and hope to do some more – difficulty being to get anywhere to do them from and to keep warm’. He adds waspishly: ‘I don’t like female society and get nothing else – the usual spies drunks & loose women abound’[3]. A letter of 11th November reports: ‘Have now painted 5 pictures & only have one more canvas left – not quite as calm and collected as they should have been I am afraid’[4]. However, despite the spartan living and the febrile atmosphere of Nancy’s house, in Newlyn Harbour Cedric evokes the unique quality of England’s Celtic south-western peninsula.

Cedric Morris had a devoted following in his lifetime and many of his works were bought by friends and pupils of his East Anglian School of Painting and Drawing. This painting was owned by the distinguished surgeon Professor Bryan Brooke (1915-1998). In his spare time Professor Brooke was ‘a skilful potter and carpenter, but his deepest passion was for painting. He took it very seriously and felt that it was far more than a hobby’[5]. He spent much time in the 1950s and 60s at the East Anglian School and was President of the Medical Art Society. Newlyn Harbour has descended in his family.

Already disillusioned with the wiles of London dealers, Morris nevertheless went ahead with an exhibition of portraits at Guggenheim Jeune Gallery in 1938. A guest so objected to his work that he began to burn the catalogues and Morris hit him: ‘the walls of the gallery were spattered with blood’[6]. Thereafter Morris abandoned the London art scene. The previous year he and Lett had set up the East Anglian School of Painting and Drawing in Dedham, Essex. When the building caught fire in 1940 (gleefully applauded by Sir Alfred Munnings, who hated modern art) the school, as well as Cedric and Lett’s home, moved to Benton End, Hadleigh, Suffolk, where another marvellous garden was created. Students were given creative freedom as well as a solid grounding in technique (not to mention the benefits of Lett’s superb cooking). Alumni include Lucian Freud (who imbibed Morris’s method of painting directly on to canvas, without underdrawing) and Maggi Hambling. Failing sight caused Cedric Morris to give up painting in 1975, but he was still gardening at the age of ninety-one in 1981; he died in Ipswich the following year.

[1] The Ixion Society was a ‘selling company’ created by Cedric Morris’s partner and fellow artist Lett Haines (who managed the practical side of their life together) to sell his pictures. We are grateful to Jonathan Benson, a Trustee of the Morris Estate, for this information. 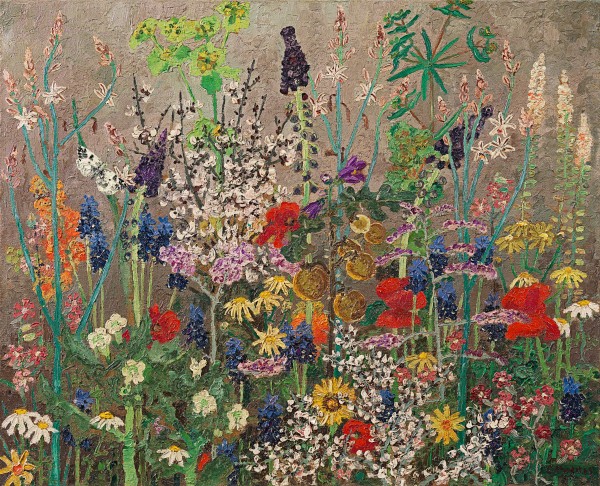 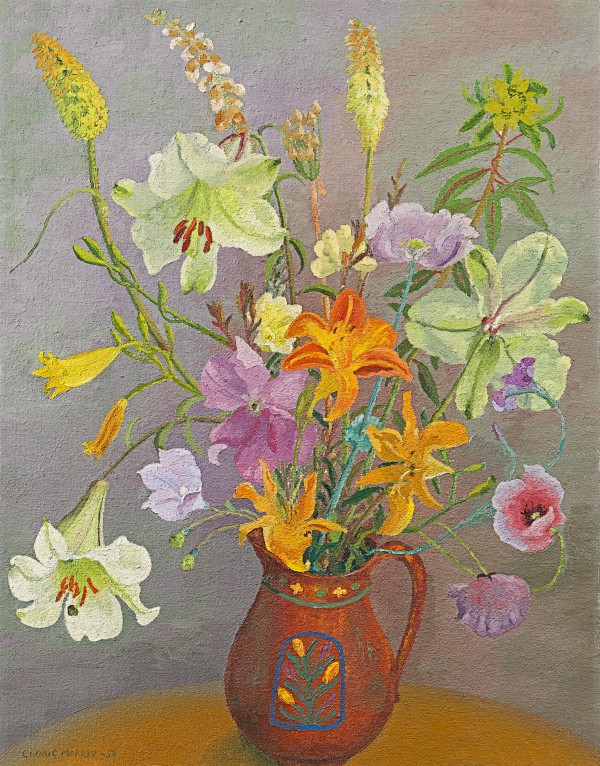 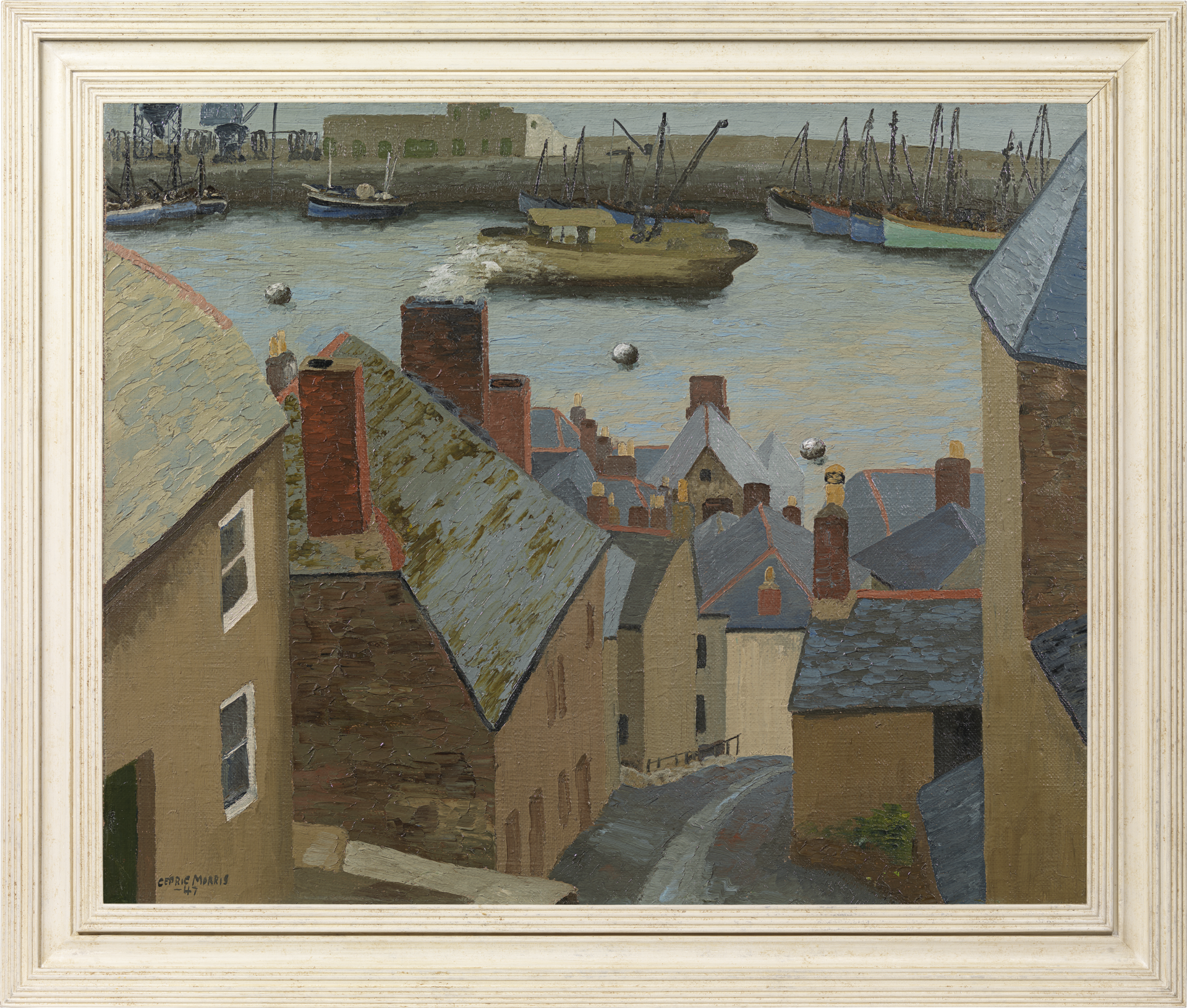