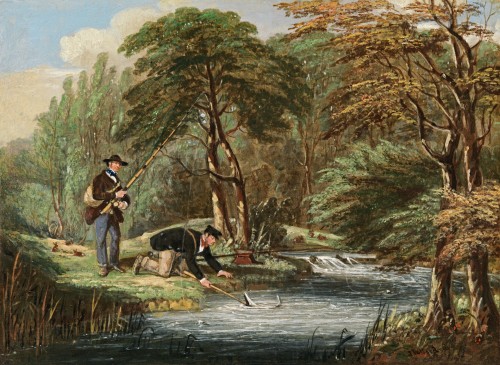 In 1821, an event occurred that altered Pollard’s future. The King’s printseller Edward Orme commissioned him to paint an inn signboard showing a mail coach with horses and passengers.  This signboard was first displayed in Orme’s Bond Street shop window, where it was seen by the Austrian ambassador Prince Esterházy, who ordered a replica on canvas. This led to many commissions for coaching scenes. In 1825 Pollard married Elizabeth Ridley. In the 1830s Pollard concentrated exclusively on painting. He collaborated with John Frederick Herring Snr (1795-1865), providing landscape backgrounds, buildings and crowds for racing scenes such as The Doncaster Great St Leger, 1839. Pollard exhibited at the Royal Academy between 1821 and 1839, the British Institution between 1824 and 1844, and at the Suffolk Street Galleries. Many of his works were engraved. 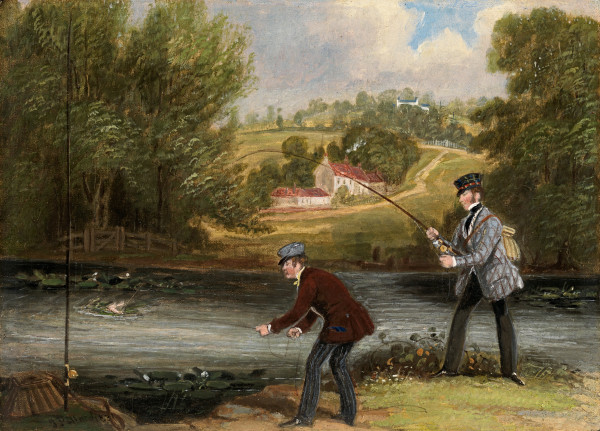 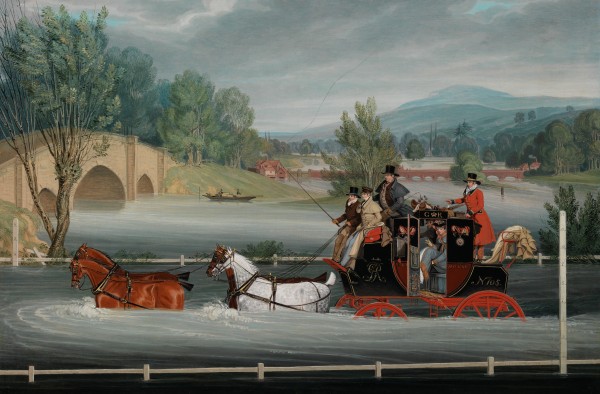