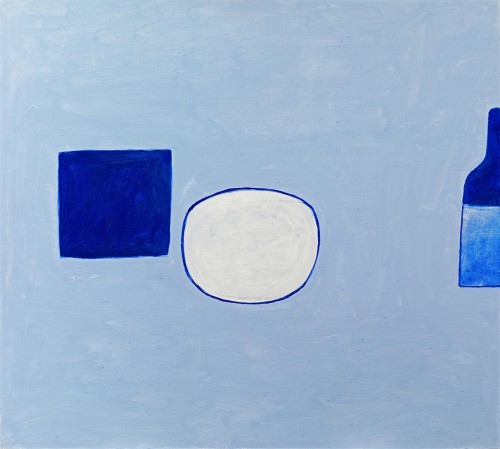 Signed and dated on the reverse: W SCOTT 80

Inspired by and developing from the group of small jug paintings he had exhibited at the Gallery Moos, Toronto, the previous year, Scott began a numbered series of twenty-six oil paintings entitled Poem for a jug in 1979[1], which were exhibited together at the Gimpel Fils Gallery in May-June 1980. Though based on a single theme, the works vary in size from 10 × 12 inches, including Poem for a jug, No. 4 at Hastings Contemporary, to the slightly larger Poem for a jug, No.11 at the Irish Museum of Modern Art, Dublin, up to 32 × 36 inches, such as the present work. The colour schemes and objects depicted also diverge, several, including Poem for a jug, no.21, not actually representing a jug.

Scott declared in 1947, at the beginning of his career: ‘I find beauty in plainness, in a conception which is precise…a simple idea which to the observer in its intensity must inevitably shock and leave a concrete image in the mind’. With the Poem for a jug series, he refines his still life motifs to their essence. The exquisite balance of forms radiate a sense of calm characteristic of Scott’s work. The outlines of the bottle, mug and bowl are precise, yet not sharp, shimmering softly against the ground. Scott mixes blue into his white paint, creating a textured plane of subtly shifting hues.

In a letter dated 26th April 1980, Scott wrote to Jean-Yves Mock explaining that the title of the series was inspired by the poet John Keats: ‘My immediate problem for the catalogue when we discussed it last week was how to title so many works with the same subject. While at Coleford I arrived at the conclusion that one title could cover them all and inspired by Keats I decided to call it “Poem for a Jug” using “Poem” rather than “Ode” and “Jug” rather than “Urn”’.[2] The final lines of Keats’s poem of 1819, Ode on a Grecian Urn, as well as the author’s homage to a single object, seem particularly apt to Scott’s series: ‘Beauty is truth, truth beauty, – that is all Ye know on earth, and all ye need to know’. 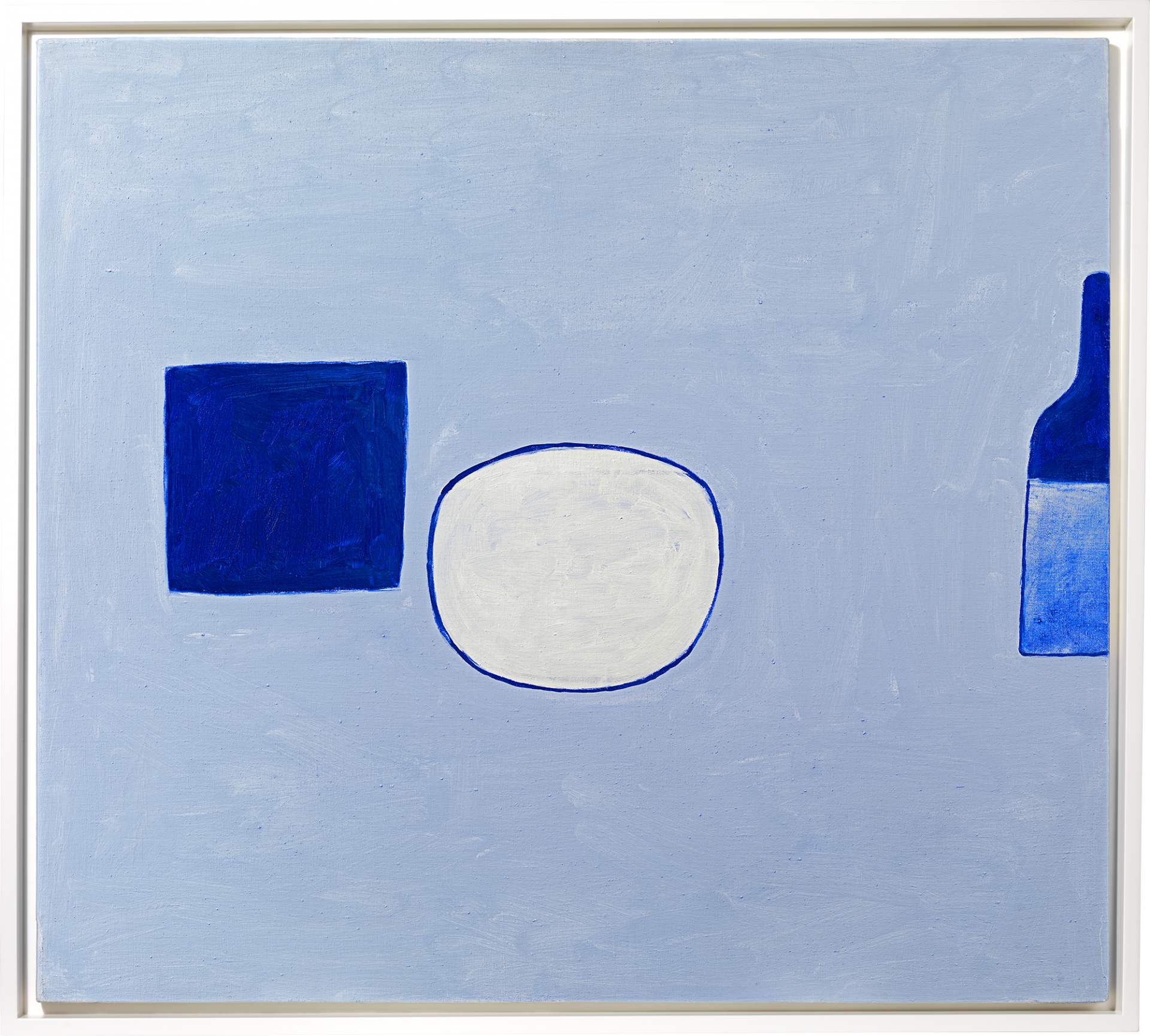