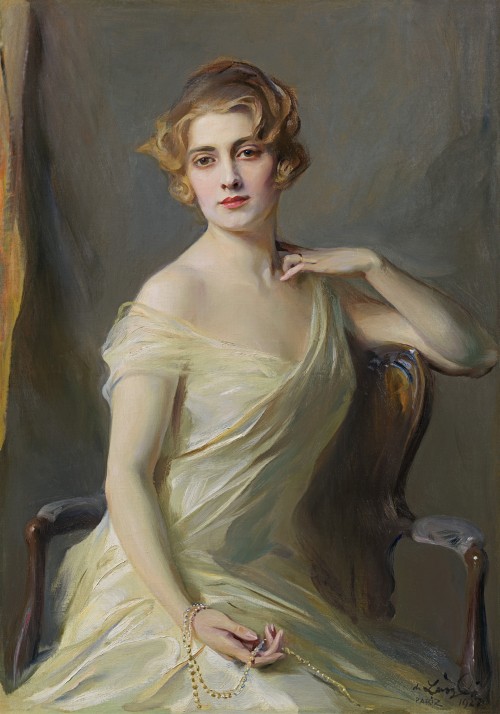 To be included in the forthcoming catalogue raisonné of portraits by the artist currently being compiled by the Hon. Mrs de László and a team of editors, as no.8961

In 1900 de László married Lucy Guinness from the banking branch of the renowned Guinness family and in 1907 they moved to London, where de László received many commissions from the British aristocracy. In 1908 de László visited the United States to paint President Theodore Roosevelt (American Museum of Natural History, New York), a trip which brought commissions from several other wealthy Americans. He was appointed MVO by King Edward VII in 1909. Briefly interned on suspicion of spying for Austria during the First World War, de László continued throughout his life to paint portraits of some of the most famous and influential figures of the twentieth century, including the Duchess of York (the future Queen Mother), Princess Elizabeth (the future Queen Elizabeth II), Andrew Mellon, Benito Mussolini, Arthur Balfour and Jerome K Jerome.

Strongly influenced by the work of Velásquez, de László wrote in 1936: ‘the picture must show us the spirit by which the human form is vitalised…it must provide the sitter with the surroundings and atmosphere which are suitable to his personality and consistent with his state of life’. The work of Philip de László is represented in the Royal Collection, London; the National Portrait Gallery, London; the Hungarian National Gallery, Budapest; the American Museum of Natural History, New York and the National Gallery of Art, Washington DC. 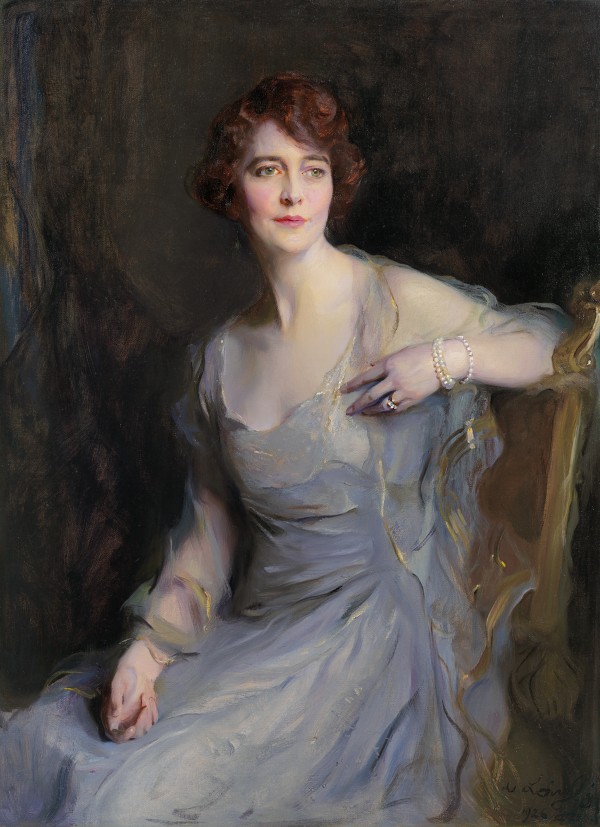