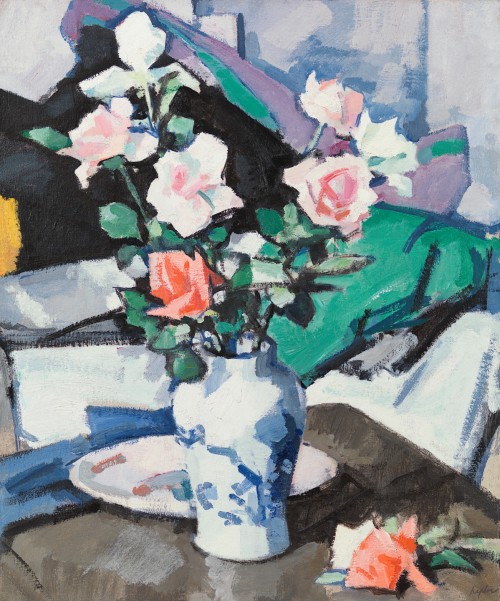 London, Richard Green, Pre-War Scotland: From the Glasgow Boys to the Scottish Colourists, May 2015, no.14

“There is so much in mere objects, flowers, leaves, jugs, what not – colours, forms, relation – I can never see mystery coming to an end”, Peploe wrote in 1929.[1] Early in 1930 Peploe revisited Cassis with his wife and stayed until the start of June, before returning to his  Edinburgh studio and his enduring passion for still life subject matter. Though composed around a single, central vase of roses, with only a white plate behind, the vivid palette and abstract backdrop of this dramatic work make it one of the artist’s most remarkable. The blue and white china sits on a square, grey table whose corner projects to the right of the composition, setting up a sequence of dynamic diagonals across the canvas in striking contrast to the upright flowers. The geometric shapes of brilliant green, black and lilac fabric, swiftly outlined in bold black or broken blue lines, are stacked against areas of white and pale blue above the table and in vertical panels at the top of the canvas, recalling the bright porcelain and luminous white flowers. The striped mauve and green material cropped by the top of the picture, corresponding with the vibrant leaves, was a studio prop Peploe shared with Cadell, whose Edinburgh studio was within walking distance.[2] Perhaps the most arresting elements of this accomplished composition however, are the stunning coral roses, their tight, angular petals only just unfurling and the unexpected dash of mustard yellow on the left.

As well as exhibiting the present work at the Royal Scottish Academy in 1930,[3] Peploe held one-man shows at Aitken Dott & Son, Edinburgh and Alex Reid & Lefevre in London. In spring the following year he would take part in another exhibition of Les Peintres Ecossais at the Galeries Georges Petit, Paris, this time including the work of Telfer Bear and R. O. Dunlop in addition to Fergusson, Cadell and Hunter.

[2] Honeyman described Peploe and Cadell’s friendship as ‘a rare thing. In appearance, manner and talk they were poles apart, but in their love of colour, sunshine and freedom of action they were on common ground.’ T.J. Honeyman, Three Scottish Colourists, London, 1950, p. 66. Honeyman continues: ‘Cadell’s studio was about the only one S.J. ever visited. They often criticised each other’s work, suggesting an improvement here and there, counselling eliminations of some passage or advising a fresh attempt.’ Ibid., p. 66. 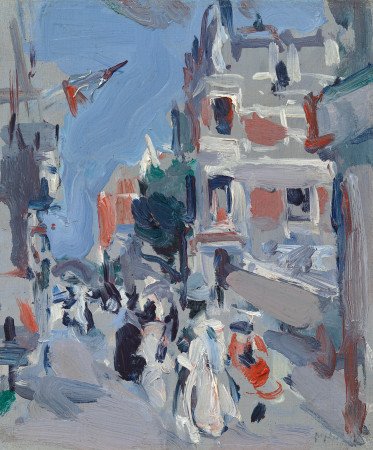 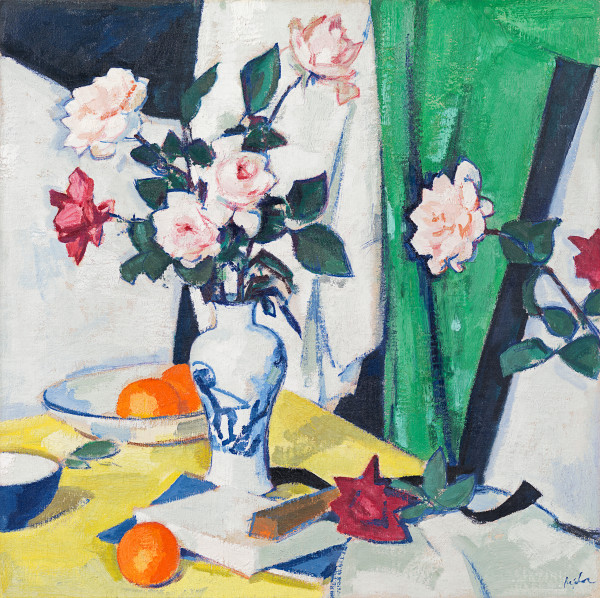