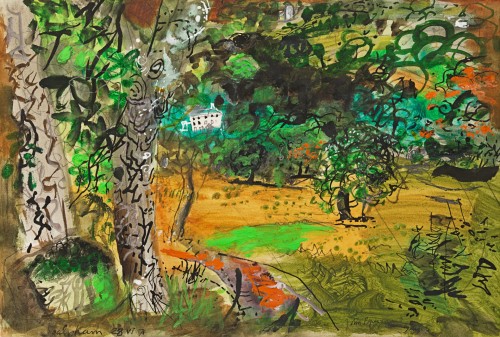 signed and inscribed on the reverse: Piper 40 / Sealyham

Hugh Sassoon, London and Buckinghamshire, presented by the Target Trust Group Ltd circa 1972

Trips to the south of France in the late 1960s had re-energised Piper’s landscape vision, and the high-keyed colours found in this enchanting view are characteristic of the artist’s work of the late 1960s and early ‘70s. Painted at the height of summer in 1971, Sealyham depicts a rich and fertile wooded landscape in vivid shades of orange and green, interspersed with luminous touches of white and grey, bound and patterned like stained glass by swift, calligraphic lines. Piper revels in details as well as depth in this exquisite work on paper, recording lush leaves, moss and blades of grass in the foreground, against the bold, swirling forms of dark woodland in the distance, through which Sealyham house shines.

Sealyham, near Wolf’s Castle, Haverfordwest in Pembrokeshire, west Wales, is a country estate surrounded by ancient woodland and a river valley. The early nineteenth century mansion was rebuilt for William Tucker Edwards c.1830, around an earlier house owned by the Tucker family dating from the sixteenth century. Its large three-storey, Neo-classical façade with Roman Doric portico can be seen articulated by Piper in pencil.[1] During the twentieth century, the house served as a sanatorium and medical facility, before becoming Sealyham Activity Centre in 1986.

Piper also painted the rolling hills and serpentine paths at Wolf’s Castle, Moylegrove and the Gwaun Valley in 1970-71, capturing the verdant landscapes of Cardiganshire and Pembrokeshire, as well as French and Italian views, alongside his homes at Fawley Bottom, Buckinghamshire and Garn Fawr. Piper and his second wife Myfanwy had close connections to Wales and in 1961 moved their holiday home from Snowdonia to South Wales, having found a ruined cottage on the slope of Garn Fawr (Big Cairn) ‘a rocky outcrop crowned by the remains of an Iron Age fort just on the boundary of what is now the Pembrokeshire National Park.’[2] Piper would spend a great deal of time documenting not only the Welsh landscape, but also its architecture and a large collection of his work is held by the National Museum Wales - Amgueddfa Cymru, Cardiff.

We are grateful to Rev Dr Stephen Laird for his assistance with the cataloguing of this work. 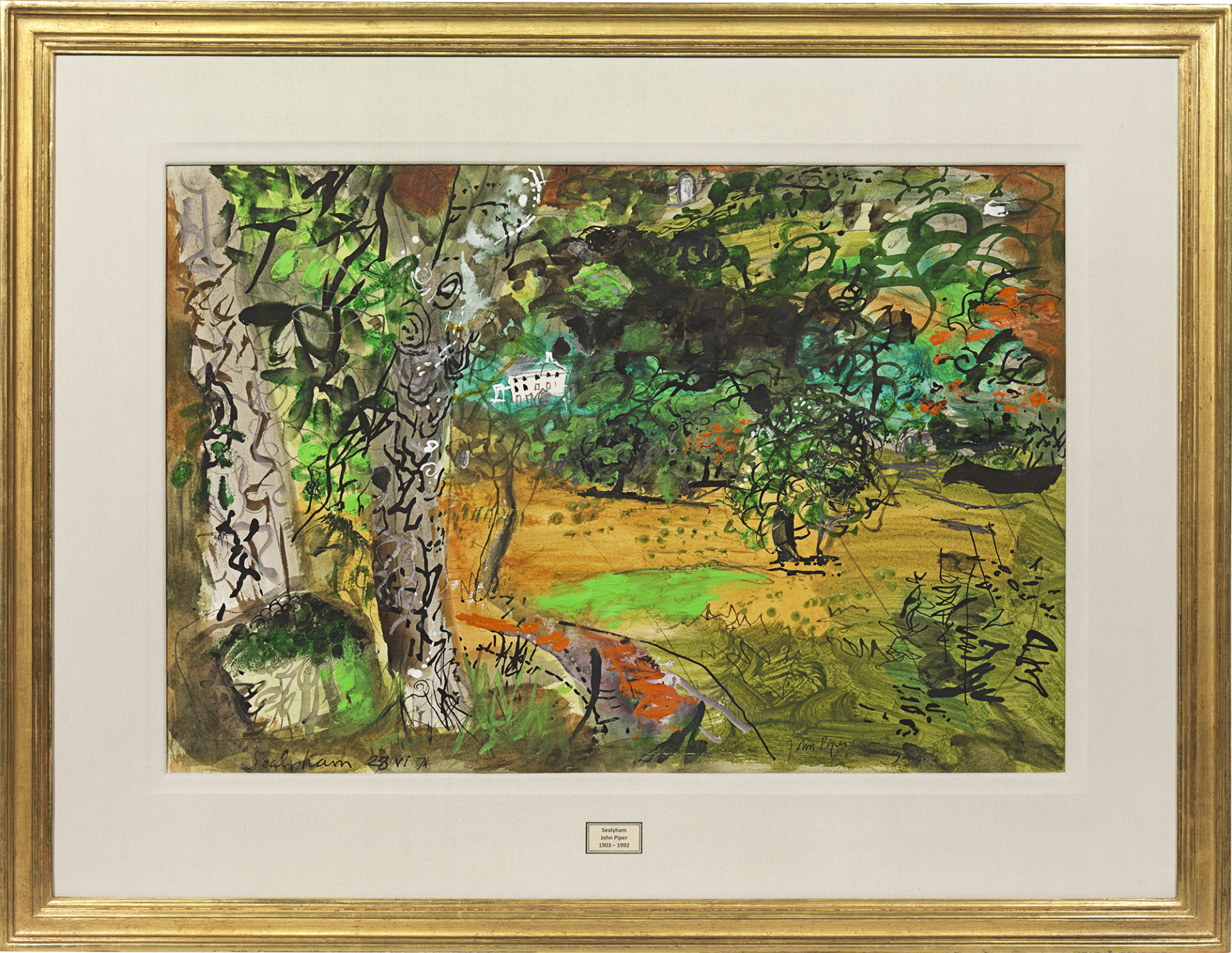