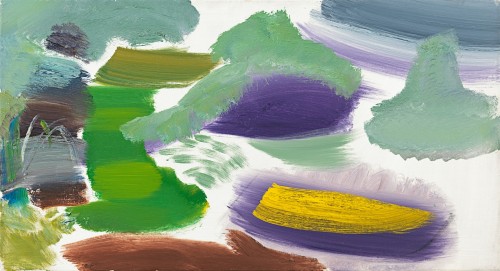 Stamped by the Hitchens Estate on the reverse

At first sight this painting strikes one as no more than a swift oil sketch, capturing the brightness and tumult of a blustery spring day. Look closer and a careful design reveals itself beneath the apparent spontaneity. It quickly becomes clear that every single brush mark, or group of brush marks, contributes something vital to the composition and that the picture is built entirely of contrasts: a pale, empty right half is balanced by a rich, crowded left half (the two linked by a Chinese hat of sage green); the horizontal yellow-against-purple of the boat in the foreground is deliberately, shockingly, set against the other dominant colour-shape—the vertical stack of intense green, left of centre. But the main contrast is that between the broad gestures and light colours of 7/8ths. of the painting and the small, dark landscape at the left-hand edge, receding into a brown distance with iridescent peacock blue and green seemingly reflected in water. Suddenly the viewer is led into an enclosed space, invitingly mysterious.

This opposition between the outer and the inner is the underlying idea of the painting. And it is the idea that makes it abstract, not the greater or lesser degree of representation: the idea suggests something beyond the particular scene, creates a sense of mystery and transcendence. It is a spring day that Hitchens is evoking but also something more. With the assurance, the daring and the economy of full maturity, he is free from the danger of mere copying: the colour spectrum on his palette is wider than ever before, his colour composition more complex and startling. Bolder too is his handling of the brush: the sweeping strokes and colour-shapes make all the more impact for being isolated on a background of white primed canvas. Like the variety of paint texture, they are to be savoured for their own sake. A longer look brings its rewards. 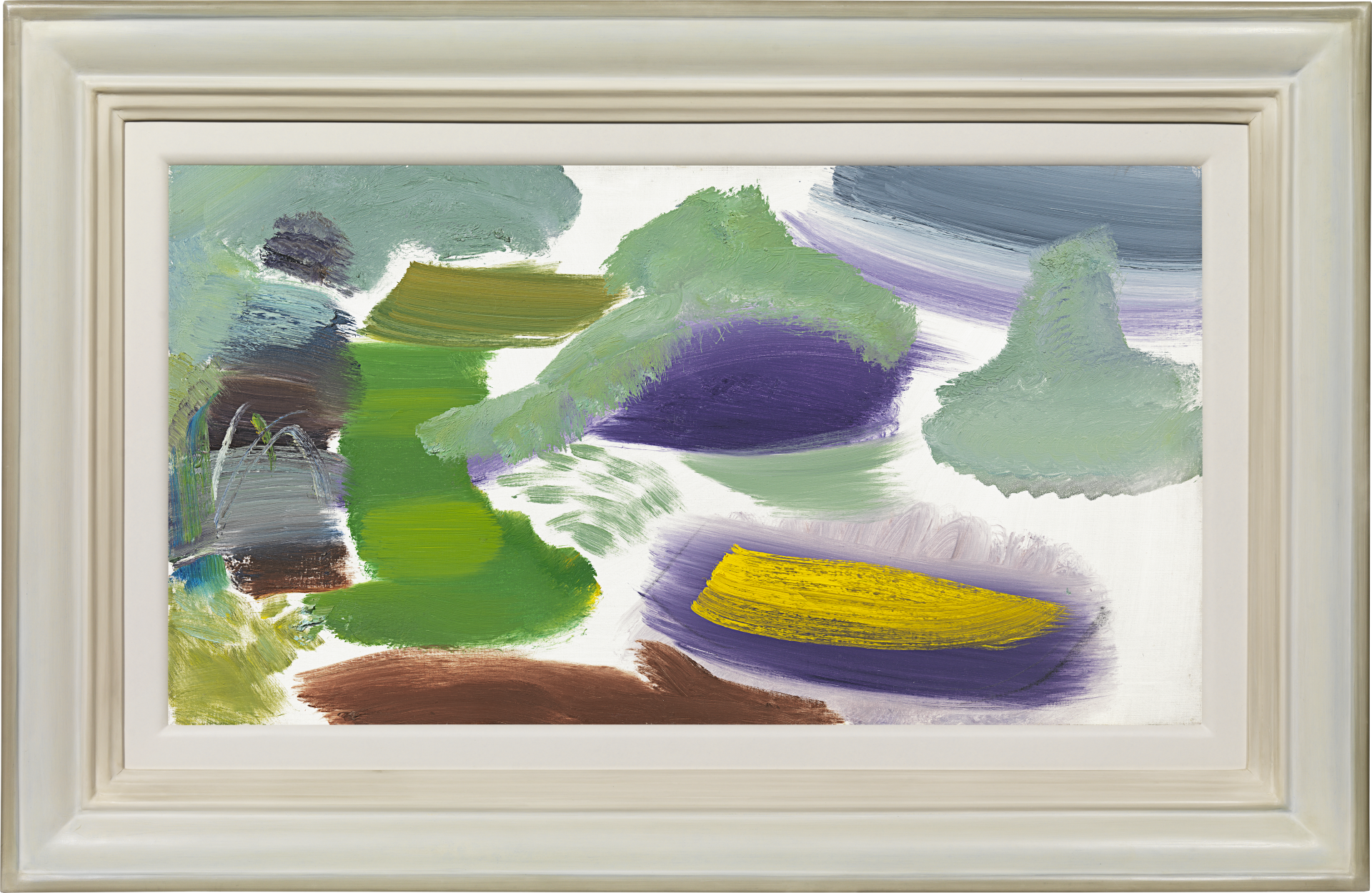