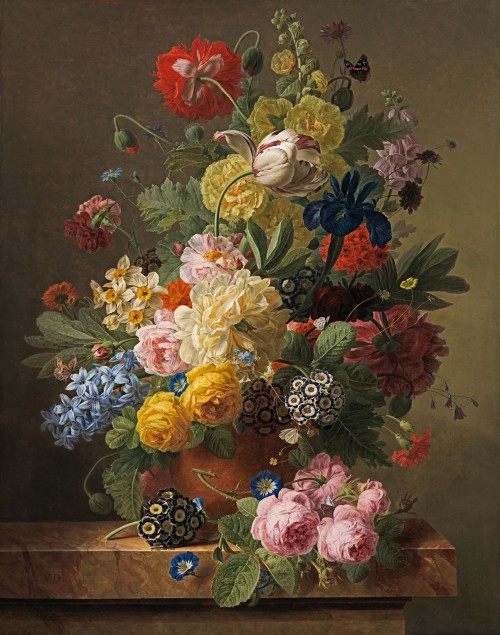 Still life of poppies, a tulip, hollyhocks, roses, peonies, auriculas and other flowers in a terracotta vase on a stone ledge

Still life of poppies, a tulip, hollyhocks, roses, peonies, auriculas and other flowers in a terracotta vase on a stone ledge

Jan Frans van Dael was one of the most highly regarded painters of still lifes of flowers and fruit in Paris during the late eighteenth and early nineteenth centuries. He moved to Paris from his city of birth, Antwerp, at the age of twenty-two, after having studied architecture at the Antwerp Academy. In the French capital he established himself as an artist and soon received important commissions for decorative paintings, including for the châteaux of Saint Cloud, Bellevue and Chantilly. During the 1790s he established himself as a painter of still lifes of flowers and fruit, supported and encouraged by the leading painter of this genre of the time, Gerard van Spaendonck (1746-1822). In 1793 van Dael was awarded a studio in the Louvre. He exhibited at the annual Paris Salons and received medals and distinctions in France, Belgium and the Netherlands. He also presided over a studio at the Sorbonne University[1], where he trained several pupils, including Christiaan van Pol, Elise Bruyère and Adèle Riché. After his death in March 1840, van Dael was buried at Père Lachaise cemetery, next to van Spaendonck. His success is reflected in the prestige of his patrons, who included both of Napoleon’s Empresses, Joséphine and Marie-Louise, and the French Kings Louis XVIII and Charles X.

Van Dael’s flowerpieces reflect the tradition of his Flemish and Dutch forebears, such as Jan van Huysum (1682-1749), in their refinement and exquisite evocation of textures. This lavish bouquet is also very much in tune with the taste of his own times. It was an era when the upper class and haute bourgeoisie developed a passion for horticulture, inspired by gardens such as the Empress Joséphine’s at Malmaison. Horticulture influenced the decorative arts, with generations of painters (including, at a later date, Auguste Renoir) honing their craft painting flowers on Sèvres porcelain.

This bouquet is an exuberant homage to the beauty and variety of flowers, with at least twenty species represented. Van Dael contrasts complex, rounded blooms such as the roses and double hollyhocks with delicate wild flowers, including harebells, buttercups and scabious. A serpentine line of light cascades down the composition, playing on the roses and hyacinths, moulding the superbly-observed red-and-white tulip at the top of the bouquet. Most of the flowers are species long established in northern European gardens, rather than recently-imported exotics. Tulips were still highly regarded, with new varieties appearing every year, but they were no longer the rareties that had sparked the Tulip Mania of the 1630s. Van Dael includes flowering heads of auriculas at the base of the bouquet, with one placed on the stone ledge. Originally an alpine flower, they caught the imagination of gardeners and breeders from the seventeenth century onwards, as specialists vied to produce ever more colour combinations in the gently-frilled, velvety blooms. Perched on the flowers are several butterflies, including the Red Admiral at the top. Unlike his Netherlandish forebears, who often gave their bouquets a vanitas twist by including decaying blooms, van Dael presents every species in dewy, pristine perfection.

Philippe Jacques van Brée, Interior of the studio of van Dael and his students at the Sorbonne, 1816.

The work of Jan Frans van Dael is represented in the Fine Arts Museums of San Francisco; the Fitzwilliam Museum, Cambridge; the Louvre, Paris; the Hermitage, St Petersburg and the National Gallery of Victoria, Australia.

[1] See Philippe Jacques van Brée’s Interior of the studio of van Dael and his students at the Sorbonne, 1816, a study for the painting exhibited at the Salon in 1817. It is interesting that all the students in this painting are female. With Galerie Talabardon & Gautier, Paris, 2016; RKD Images no.1001218962. 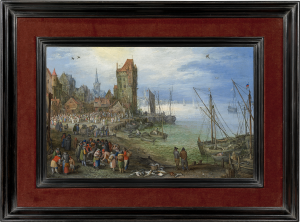 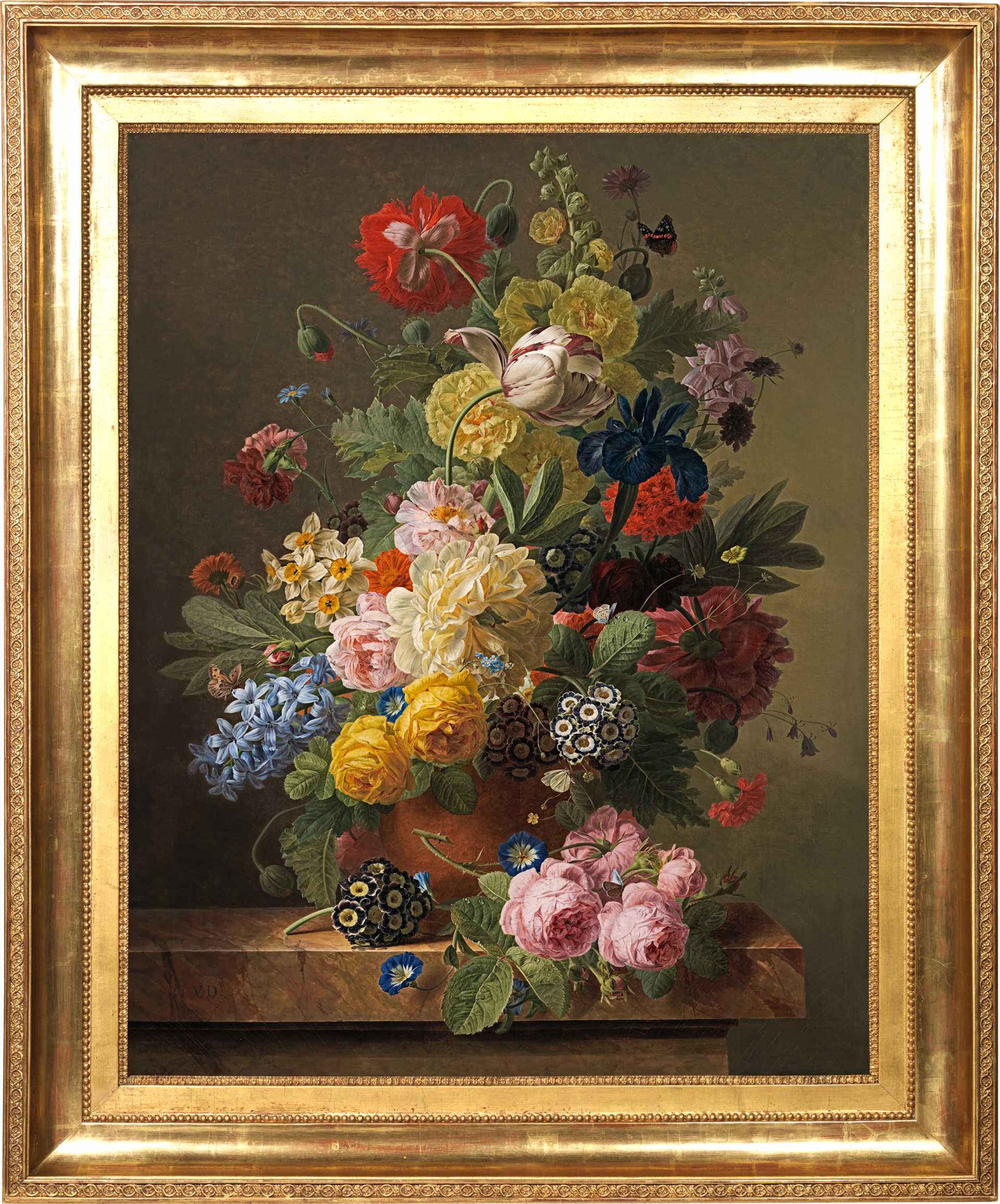