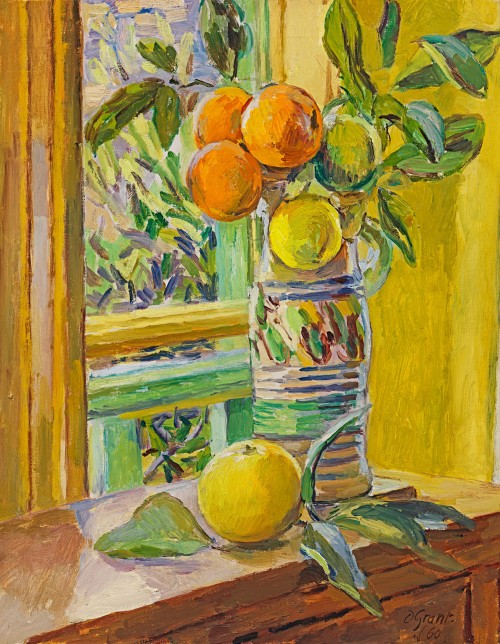 Duncan Grant’s cousin, Dorothy Strachey[1] had married the French painter Simon Bussy in 1903 and in the following year they acquired La Souco, a house at Roquebrune Cap Martin, not far from Menton. Over the following years this house became a calling point for visitors to the South of France, people going from France to Italy and for Dorothy Bussy’s extensive family and friends, in particular Duncan Grant and Vanessa Bell and French writers such as André Gide, Paul Valéry and Roger Martin du Garde. The Bussys divided their year between La Souco and summer visits to England where Simon Bussy made studies in the London Zoo for his famous pastels of, above all, birds and monkeys. In the later 1930s they gave up living at La Souco and moved into a flat in Nice. They frequently let the house: André Malraux lived there at one moment, as did the diarist James Lees-Milne and his wife Alvilde; T.S.Eliot spent his second honeymoon there in 1957.

In the early months of 1960, Duncan Grant and Vanessa Bell, accompanied by Grace Higgens, the cook-housekeeper at their home in Sussex, flew to the South of France for a four-month stay at La Souco. By then Simon Bussy was dead and Dorothy, frail and forgetful, was in London looked after by her daughter Janie. Bell wrote to friends in England that although the house was still lovely, it very much needed care and attention. It was situated well up the mountainside but below the village with splendid views of the coastline towards Monte Carlo. A stepped garden was still well kept, however, and was notable for its orange and lemon trees, its mimosa and oleander. Inside, the rooms were modest in size but elegant, particularly the sitting room with its brilliant yellow walls (which appear in several of Bussy’s interiors). There was a studio but it was not available to the painters, being filled with works by Bussy. There were family visits – Clive Bell, Vanessa’s husband, was staying nearby; later Bell’s and Grant’s daughter, Angelica Garnett, visited as did the painter Edward le Bas.

There were rainy days which kept the painters indoors and this probably resulted in Grant’s spirited still life of oranges and lemons. The fronds of fruit came from the garden; the decorated pot is almost certainly local; and to the right there is a glimpse of the sitting room’s yellow wall. Grant frequently combined, as here, the elements of an interior still life with an exterior view through a window. He liked the contrast of arranged domesticity with natural garden or landscape beyond. He developed this theme most especially in his own home, Charleston in Sussex, but transferred it to other venues such as his and Bell’s house in Cassis in the south of France.

This stay at La Souco was the last of many visits that Grant and Bell paid together to France. Vanessa Bell’s health was already undermined by bronchitis and she died a year later in 1961. Grant lived for another seventeen years, continuing to paint with great vivacity, particularly depictions of his studio with its many still-life elements of flowers and fruit from the Charleston garden.

Other Works By
Duncan Grant: 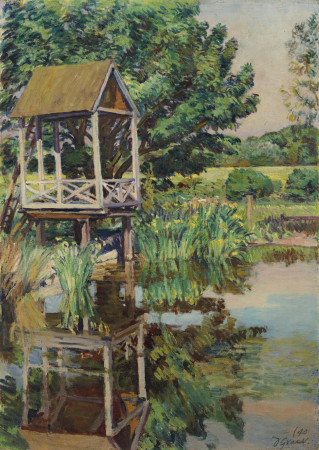 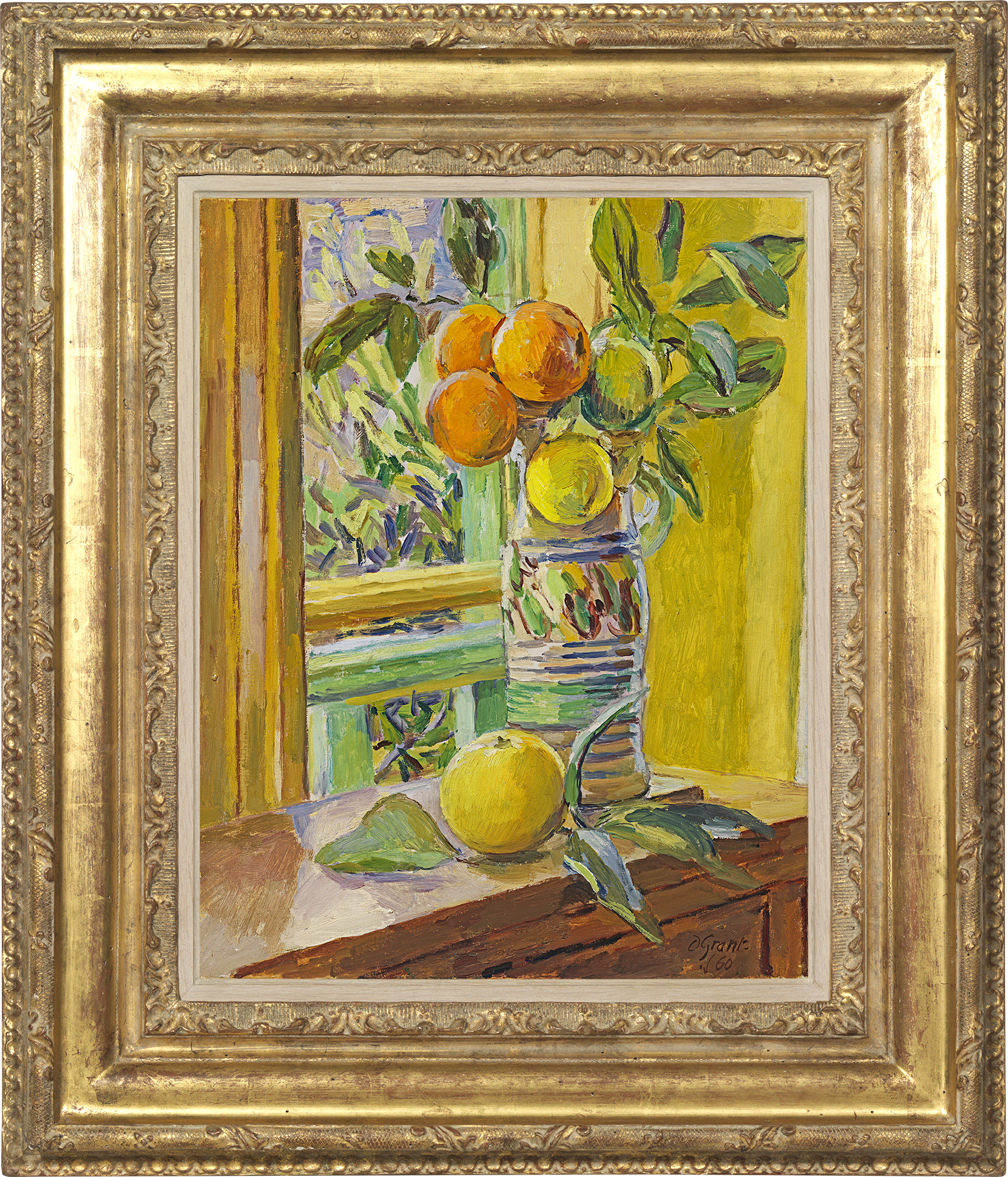