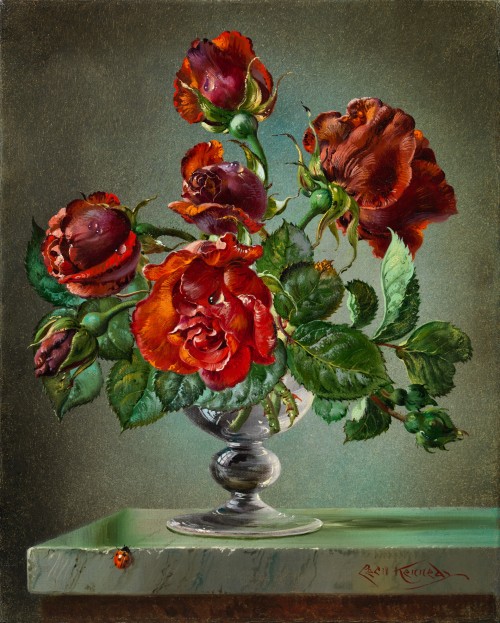 In his elegant portrayal of this beautiful, summer rose, Cecil Kennedy revels in the variety of its rich tones from maroon, through magenta to bright scarlet, creating incredible depth and detail in his thorough representation of the flower. From dark bud to illuminated bloom, Kennedy displays the rose at each stage, from every vantage point in all its bountiful glory.

In the Second World War he was called up and fought in the British Army in Europe.  He was in Antwerp during the winter of 1944 where he sought out and befriended Flemish painters.  It was a time for reflection and studying Flemish and Dutch still life paintings in their natural setting brought about a definite change in his painting style.  He maintained contact with Flemish artists up to his death.  Cecil Kennedy had many important patrons.  Queen Mary bought his work, as did the Duke of Windsor and the Astors.  Queen Mary is quoted as saying "When I see Cecil Kennedy’s pictures I can smell the flowers and hear the hum of the bees."  She noticed he had painted a ladybird on a flower stem.  Thereafter all his paintings contained a ladybird. Lord Thompson of Fleet, a friend and patron, wrote about him and commented that "his pictures conveyed a joy of life and artistic creativity."

Kennedy had an important exhibiting career, showing before the age of twenty four at both the Royal Scottish Academy and the Royal Hibernian Academy, regularly at the Royal Academy and in the provinces.  From the 1950s until the 1970s, he exhibited regularly with the Fine Art Society, who were keen advocates of his work.  He was awarded a silver medal at the Paris Salon in 1956, and a gold medal in 1970.  He was celebrated in a retrospective of contemporary flower painting, Three Flower Painters, held at the Richard Green Gallery in 1997.  Mr Green was one of several art dealers to champion Kennedy’s unsurpassed eminence in the genre of flower painting, blending botanical accuracy and sensual effects.

Kennedy’s artful juxtapositions of modern exotic hybrids, blooms and humble favourites like field grasses, as well as the plant species celebrated in the works of the Old Masters revealed his knowledge as a plantsman as well as an artist.  While studying in the great national collections of the major artistic centres, London, Paris, Antwerp and Zurich, he fell under the influence of the Old Masters, from whom he derived his meticulous technique.  The novelty of his all white arrangements reflected an awareness of twentieth century horticultural innovations such as Vita Sackville-West’s ‘white garden.’ 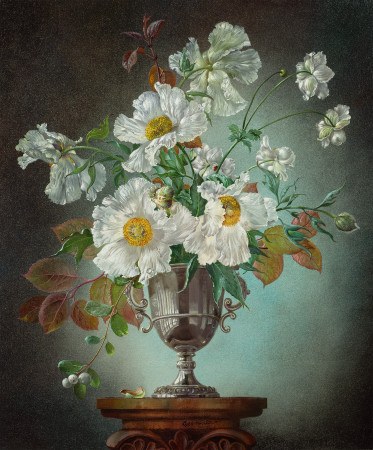 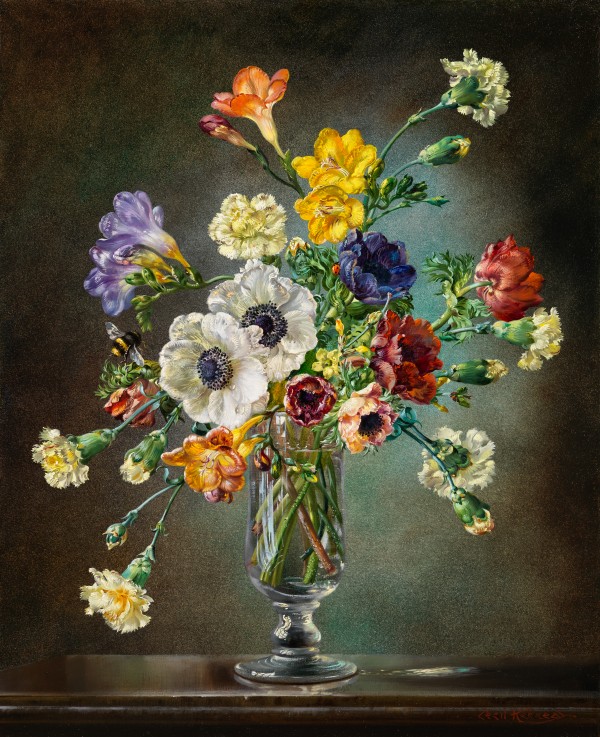 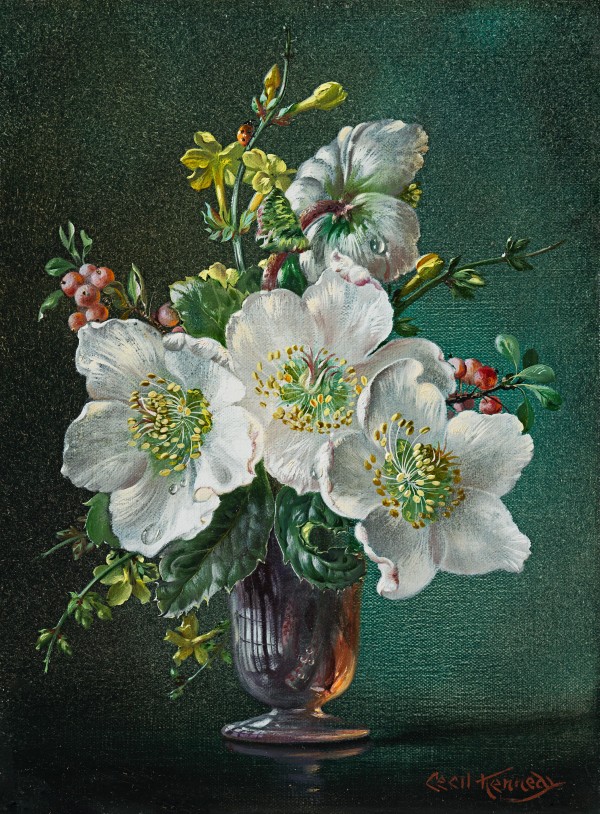