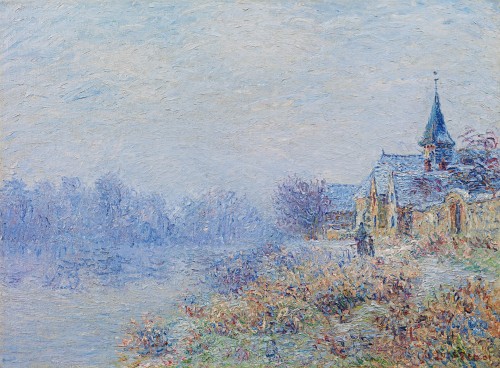 To be included in the catalogue raisonné of the work of Gustave Loiseau being prepared by Monsieur Didier Imbert, ref. no.A 1602

Gustave Loiseau commented: ‘I work in my little corner, as best I can, and try my best to translate the impression I get from nature…it is my instinct alone that guides me and I am proud not to resemble anybody’. Loiseau was influenced by the Pont-Aven School and the Pointillists early in his career before forging his own poetic interpretation of Post-Impressionism.

This painting depicts the picturesque medieval church by the Seine at Porte-Joie in Normandy, about fifty miles north-west of Loiseau’s family home in Pontoise. All his career he was fascinated by water, depicting coastal scenes and the major waterways of France. Rapid, cross-hatched brushstrokes conjure up the air of this frosty morning. Loiseau teases out the colours in nature, from the touches of violet, grey, cream, cobalt and midnight blue in the trees across the river, to the foreground vegetation shimmering in the frost, with warm burgundy, red and ochre mixed among the cooler hues. The church is sharply defined in the radiant morning air. The complexity and subtlety of Loiseau’s brushwork reflects his profound emotional response to the scene. 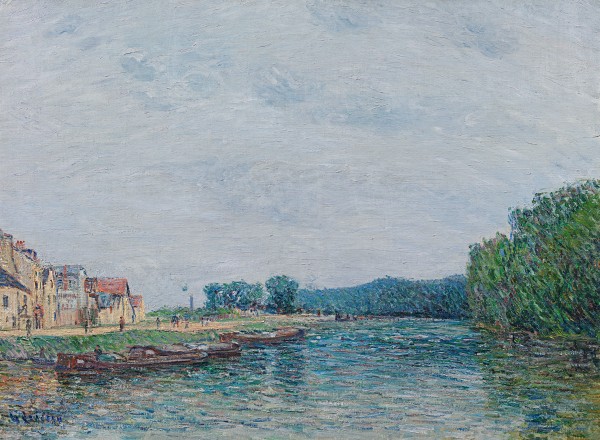 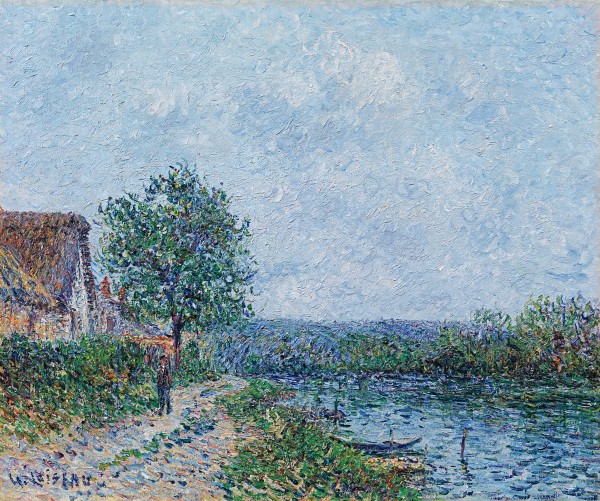 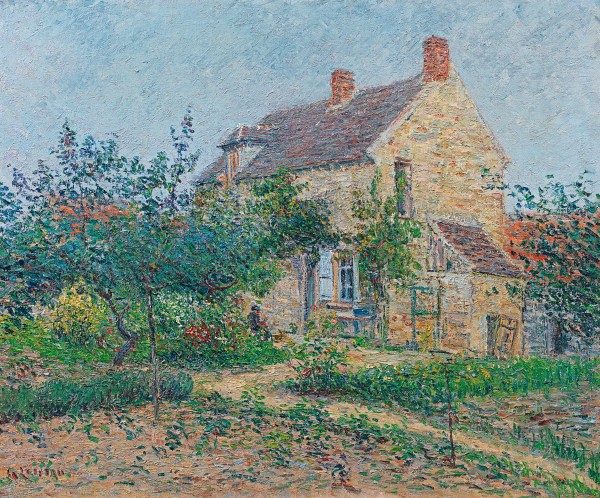 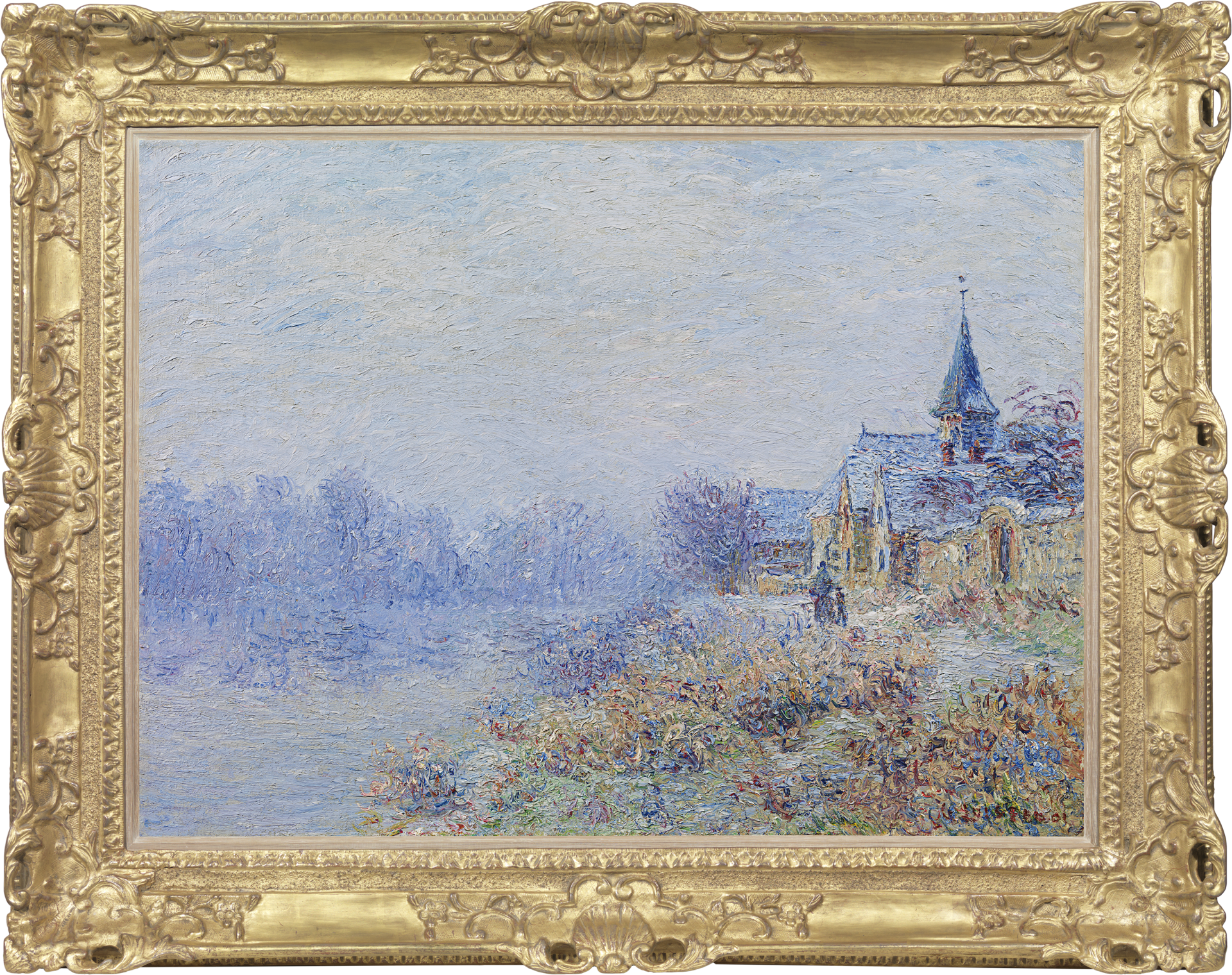