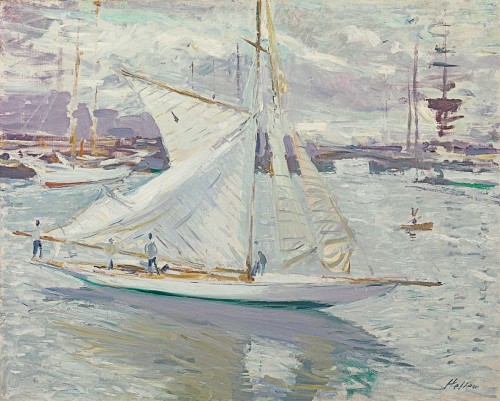 by whom given in the 1960s to Monsieur Bonnard;

from whom inherited in 1994 by Mrs Buzzi, France

Les Amis de Paul-César Helleu have confirmed the authenticity of this painting, which is registered in their archives as ref. APCH HU1-8418

Born in Vannes on the Breton coast, Paul-César Helleu had yachting in his blood. From the 1890s his success as a society portraitist allowed him to develop a passion for sailing, which was to provide many motifs for his pictures. He wrote to Monet in the summer of 1896: ‘We have spent a month in Guernsey with Madame Hugo….A friend had a yacht and I went from Cherbourg to Saint Malo, and all along the coast. I have tried to paint yachts, but it’s really too difficult. You’ve got to study them like racehorses and besides, they’re constantly moving’[1].

In 1898 Helleu rented a yacht, the Barbara, to try to give his beloved wife Alice some comfort after a family tragedy. The following year he purchased the Bird, the first of several yachts that he owned. The Helleus summered in Deauville and sailed the Channel to equally fashionable Cowes, where the Royal Yacht Squadron hosted Cowes Week and the artist mingled with members of British high society who also became his clients.

This richly-impasted work shimmers with the pale tones that are a hallmark of Helleu’s oeuvre. He preferred creamy Worth gowns for the sitters in his society portraits and was in the vanguard of fashion in painting his apartment white. Here, the yacht spreads its white sails like an exotic butterfly, its hull throwing a shadow of lilac-grey on the calm harbour. The painting is unified by exquisite tonal control, balancing white and cream, lilac, touches of ochre and eau-de-nil. Helleu’s dazzling, allusive brushwork conjures up both the radiance of coastal light and his profound pleasure in the beauty of yachts. Robert de Montesquiou, Proust’s Baron de Charlus, captured the sensuousness of Helleu’s art when he wrote: ‘Les Marines d’Helleu sont pimpantes comme des salons de couturiers; des yachts, palpitants de leurs flames, pareilles à des rubans de chapeaux, y glissent comme des ladies’[2]. 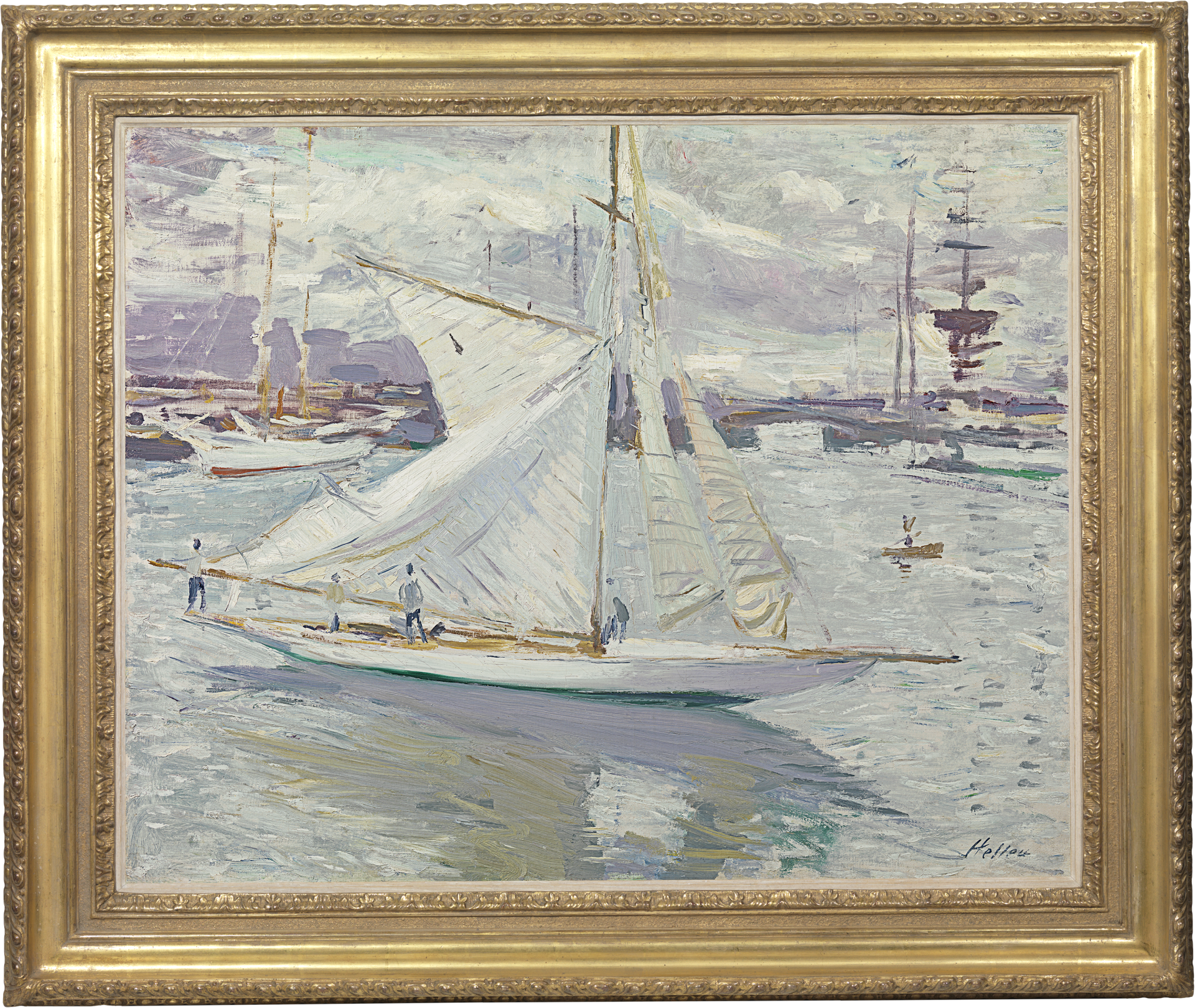