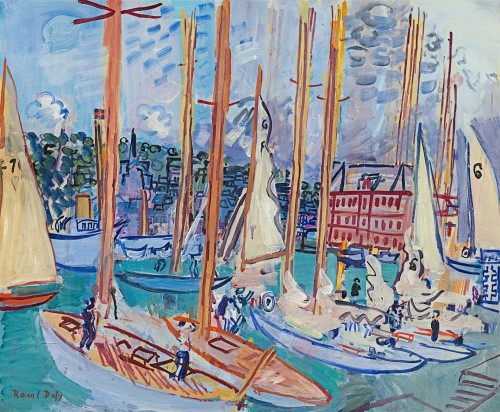 In a Louis XV style pastel carved and gilded frame

by descent in January 1980 to a private collector, France

This work will be included in the second supplement to the Catalogue Raisonné de l’Oeuvre Peint de Raoul Dufy currently being prepared by Madame Fanny Guillon-Laffaille (Certificate no. P20-9564)

Like Claude Monet, Raoul Dufy grew up in the port of Le Havre and the Norman love of the sea was in his blood. Dufy commented: ‘Unhappy the man who lives in a climate far from the sea, or unfed by the sparkling waters of a river! … The painter constantly needs to be able to see a certain quality of light, a flickering, an airy palpitation bathing what he sees’[1].

In the 1920s and 30s Dufy made a brilliant series of regatta and seaside views focussing on fashionable Normandy resorts such as Deauville. Deauville and Trouville had been developed from the mid-nineteenth century by the Duc de Morny, half-brother of Emperor Napoleon III; Boudin portrayed the crinolined Parisian bon ton that flocked there. By the 1920s and 30s aristocrats mingled with Hollywood stars among the Deauville regatta crowds. Chanel opened her first salon in the town, taking inspiration from yachting style.

This painting exudes the fizzing colour, the excitement and modernity of the 1930s. Dufy’s dazzling calligraphic line, outlining buildings in burgundy and yacht hulls in blue and orange, is a reminder that he designed for the stage earlier in his career. He was influenced both by the Fauves and the German Expressionists in his use of colour as an emotional medium divorced from a strict adherence to appearances. Slavish truth to nature was less important than evoking a ‘shorthand of the essential’ through a poetic universe of emblems.

The dense composition, with the town seen through a forest of masts, brims with Dufy’s delight in the medium of oil paint. Brightly-lit sails are expressed through rich licks of cream paint, while the distant town is a complex weave of blue and green overlaid with dabs of purple. Dufy expresses pure joie de vivre in this sparkling day on the Parisian Riviera.

Other Works By
Raoul Dufy: 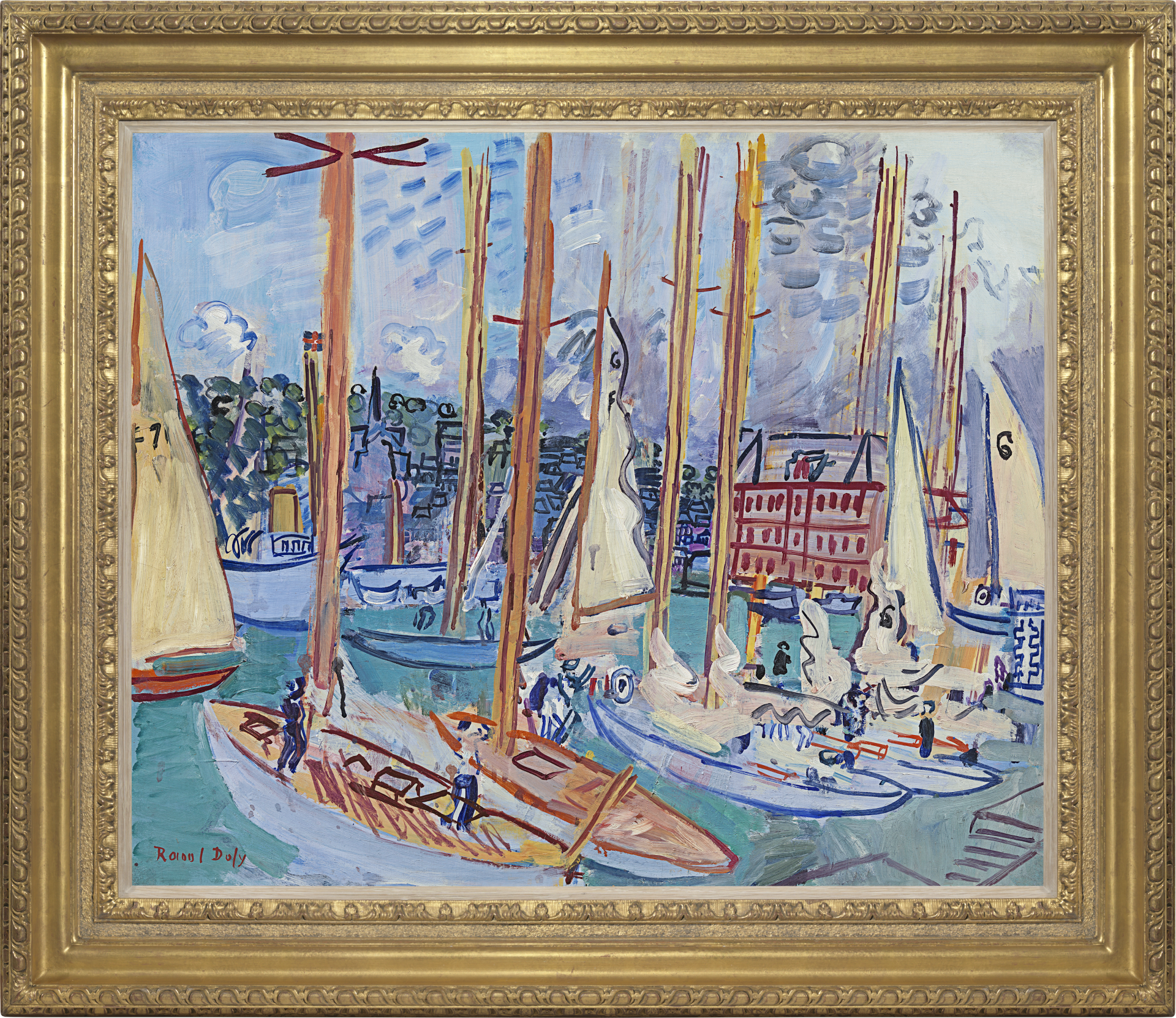