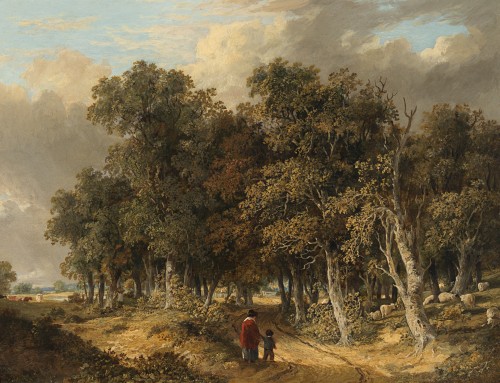 Wooded landscape with a mother and child on a track

Wooded landscape with a mother and child on a track

Sir William Berry, Bart purchased this work from the collection of Sir Joseph Beecham. Sir Berry was one of the most important British collectors of the inter-war years. His appearances at important sales held at Christie’s and the annual fairs held at Olympia were often noted in the popular press of the day. Sir Berry amassed an impressive array of Old Master paintings including the work of Sir Anthony Van Dyck, Nicolas Maes and Hendrik Gerritsz Pot as well as British masters, including the portraitists Sir Henry Raeburn RA and George Romney, the landscapist Charlotte Nasmyth and this delightful work by James Stark. These works are all described and illustrated in an article devoted to Sir Berry’s collection which appeared in The Connoisseur in 1928.

James Stark was best known as a landscape painter.  He captured the timeless rural labours of sheep dipping and the peacefule rustic life of the streams and meadows of East Anglia.  He favoured  vast horizons and deep skies in his landscapes.

James Stark was an important member of `The Norwich School’, a group of landscape painters working in Norwich during the early nineteenth century.  These artists were united by comradeship, family, and master-pupil links, resulting in a similar stylistic treatment of the countryside.  John Crome was the founding spirit behind the association of artists which consolidated into the Norwich Society of Artists in 1803.  His works were considerably influenced by the Dutch seventeenth century masters, a characteristic of many Norwich School paintings.

Stark first studied with John Crome and later moved to London where he entered the Royal Academy Schools in 1817. His early works show the direct influence of Crome and the Dutch artist, Hobbema, who was Crome’s favourite painter.  He spent a brief period in Yarmouth following his marriage in 1821 to Elizabeth Dinmore, and then returned to Norwich where he became much sought after for his exquisite views of the surrounding scenery.

James Stark moved to Windsor in 1839, where he remained for ten years and painted many local views. There he befriended the well known artist, Edmund Bristow. His art shows a distinct development from his earlier period in Norwich when he painted the densely vegetated landscape with a thick painterly stroke, to his later broader and more open compositions.

He moved to London in 1850 to enable his son, Arthur James Stark, to attend the Royal Academy Schools, and remained in London for the rest of his life.

Stark exhibited prolifically throughout his career at the Norwich Society of which he had become a member in 1812.  Stark showed at many venues amongst them the Royal Academy, the Royal Society of British Artists, Suffolk Street, the Old Watercolour Society and the New Watercolour Society.  He exhibited a hundred and thirty seven works at the British Institution between 1814 and 1859. 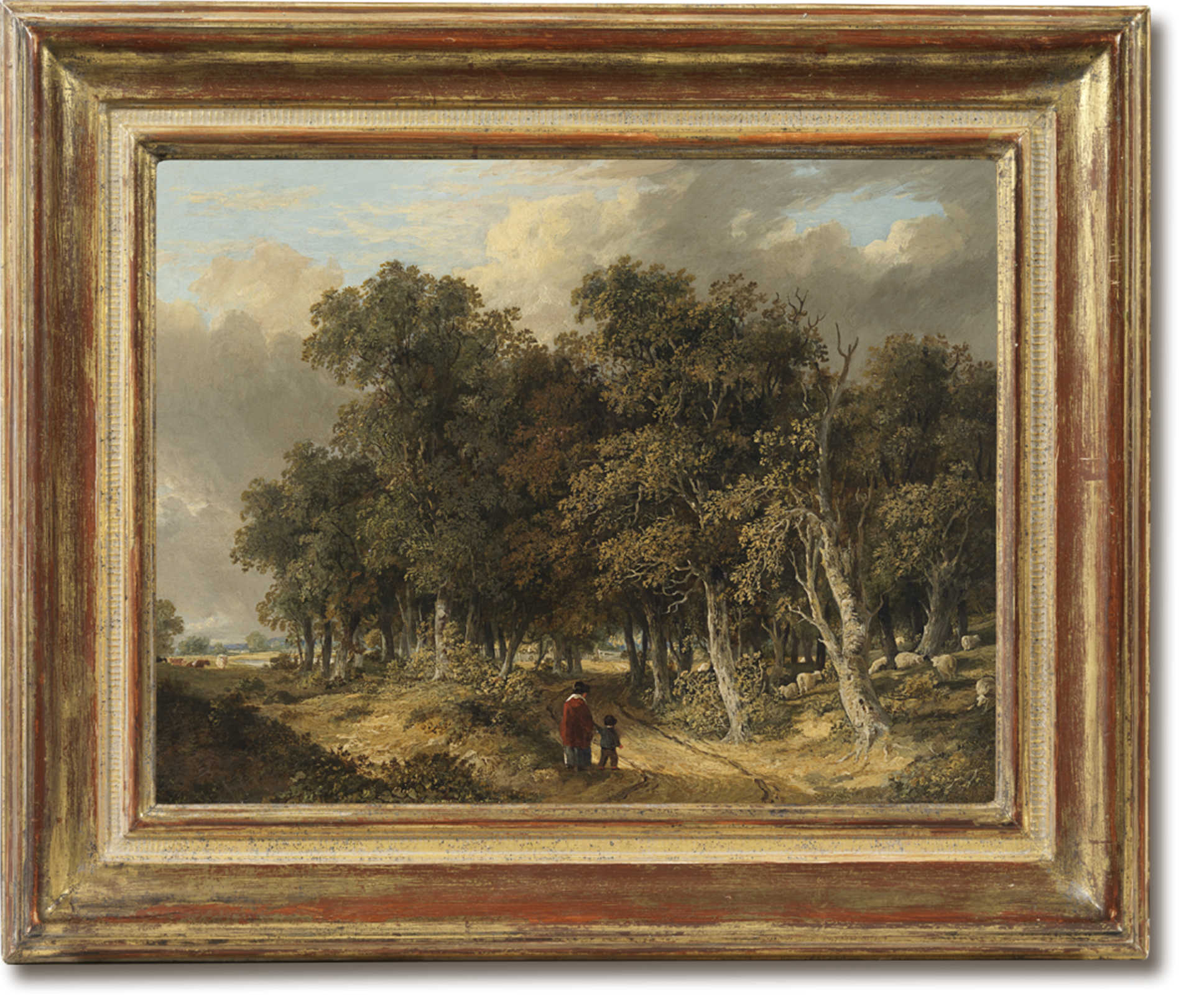