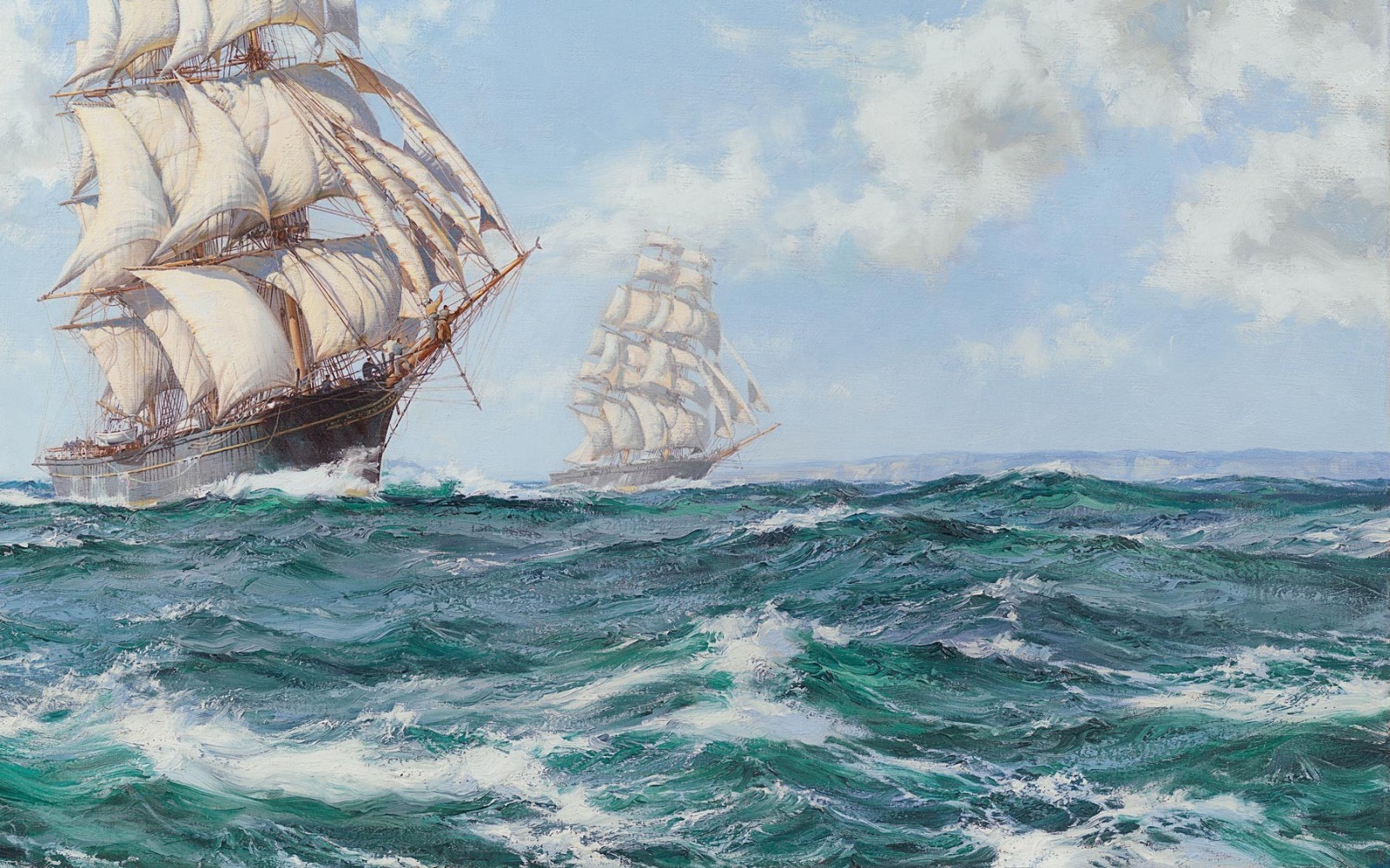 A Life on the Ocean Wave

In the eighteenth and nineteenth centuries, around one in five families in Britain had a direct connection to seafaring. Britain’s place in the world was supported by the Royal Navy, while her merchant seamen brought luxuries from every corner of the globe and exported her products. A rich painting tradition recording the glories of the Age of Sail can currently be enjoyed online and in our 147 New Bond Street gallery. 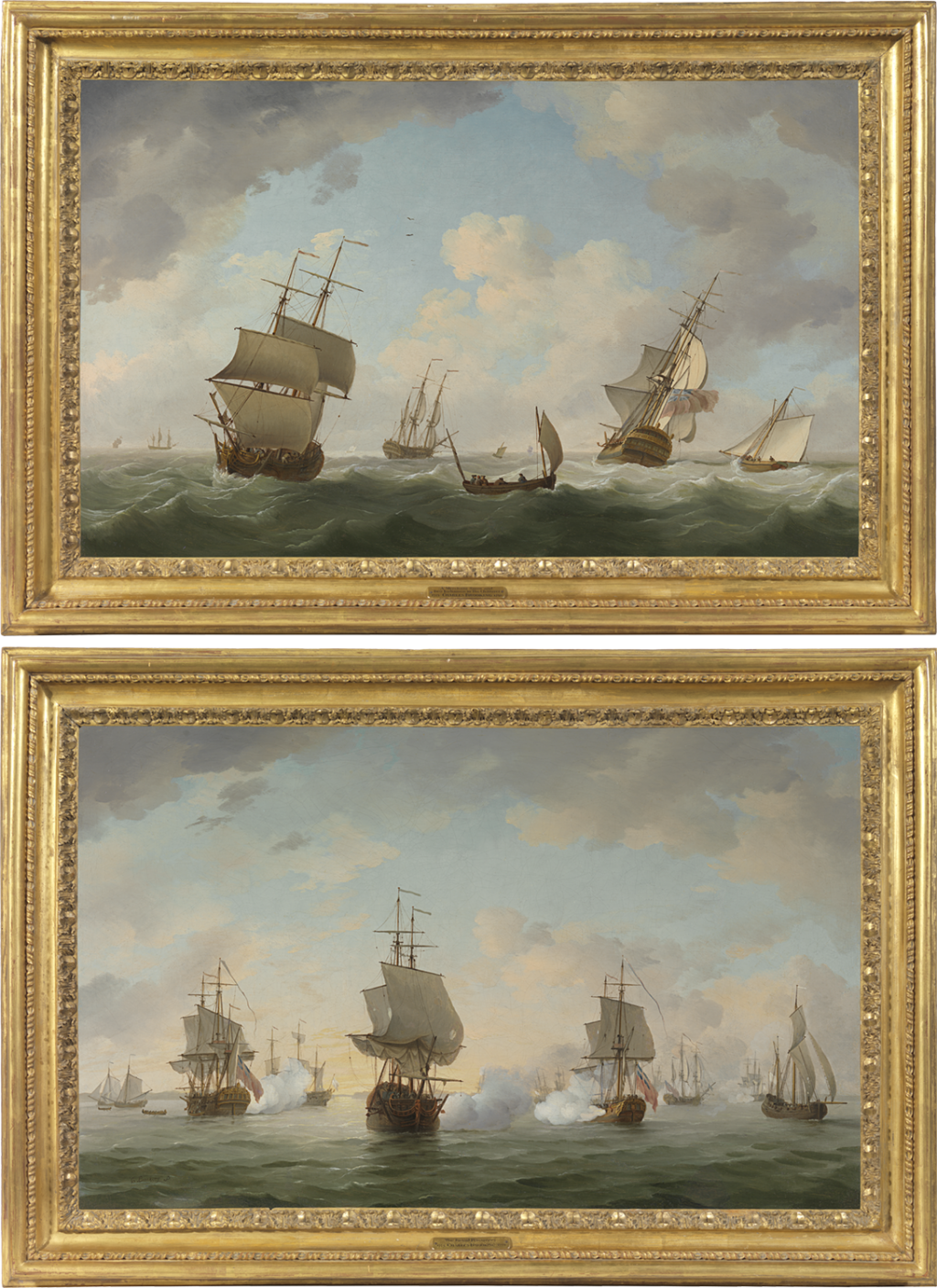 The English privateer squadron known as the 'Royal Family' engaging enemy ships; A merchant snow, two of the King's ships-of-war, a lugger and a cutter in the Channel

Charles Brooking was ‘bred in some department of the dockyard at Deptford’ and ‘had been much at sea’, factors which made him exceptionally sensitive to lighting, weather conditions and the handling of vessels. He made a group of works detailing the adventures during the War of the Austrian Succession (1740-48) of the ‘Royal Family’ of privateers, so called because each ship was named after a member of George II’s family. On their first cruise in 1745, the ‘Royal Family’ captured two French vessels returning home laden with £700,000 of gold and silver from Lima. It made all the crew rich beyond their dreams. 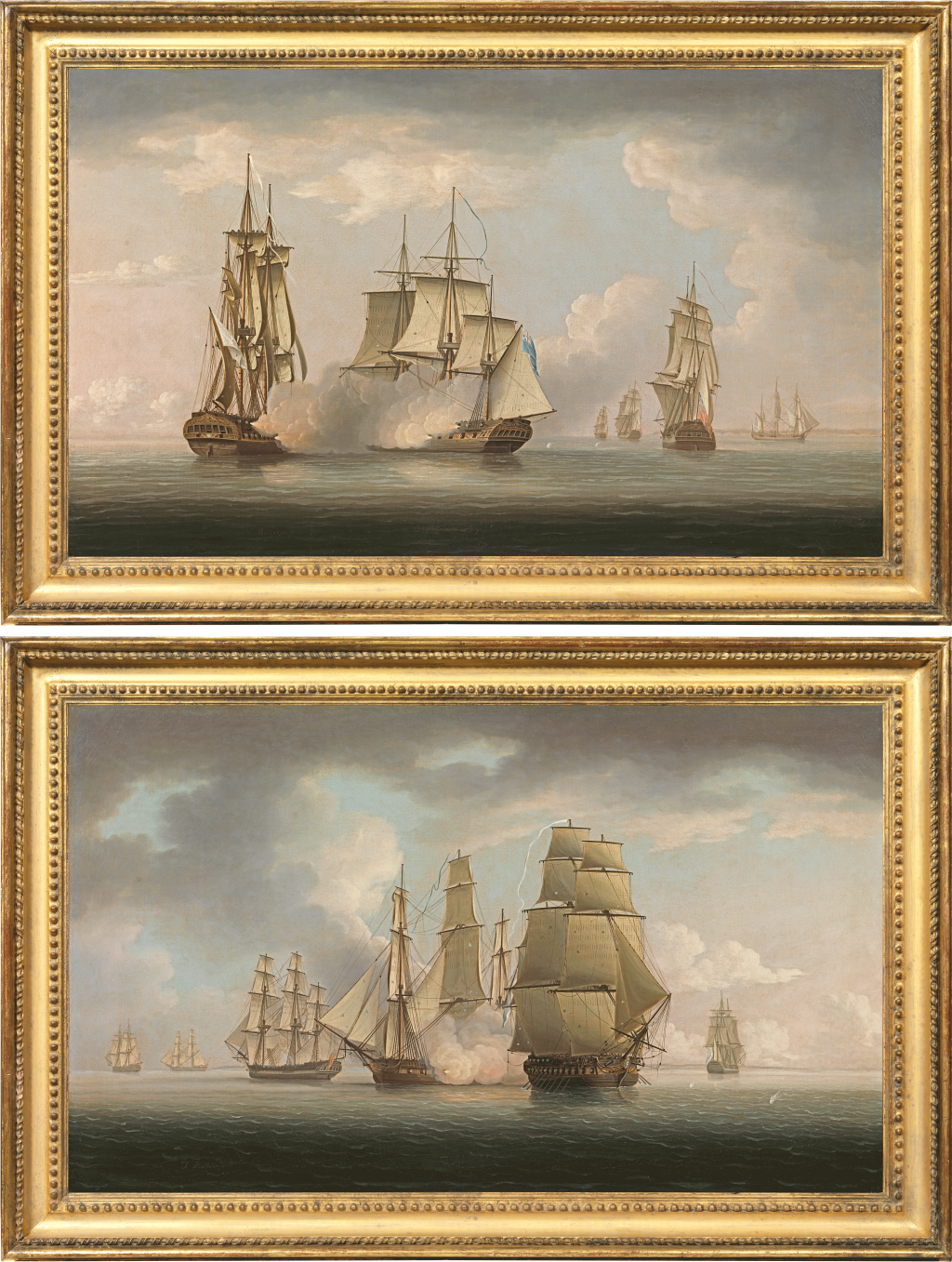 Buttersworth began to paint when he was still a Master-at-Arms in the Navy. He may have been present at the Battle of St Vincent in 1797, Nelson’s first major victory. Here he vividly evokes an earlier conflict, the American War of Independence. In a David and Goliath contest, the 20-gun sloop ‘Caesar’, a Bristol privateer, forced the surrender of a 32-gun French frigate that was preying on a merchant convoy. 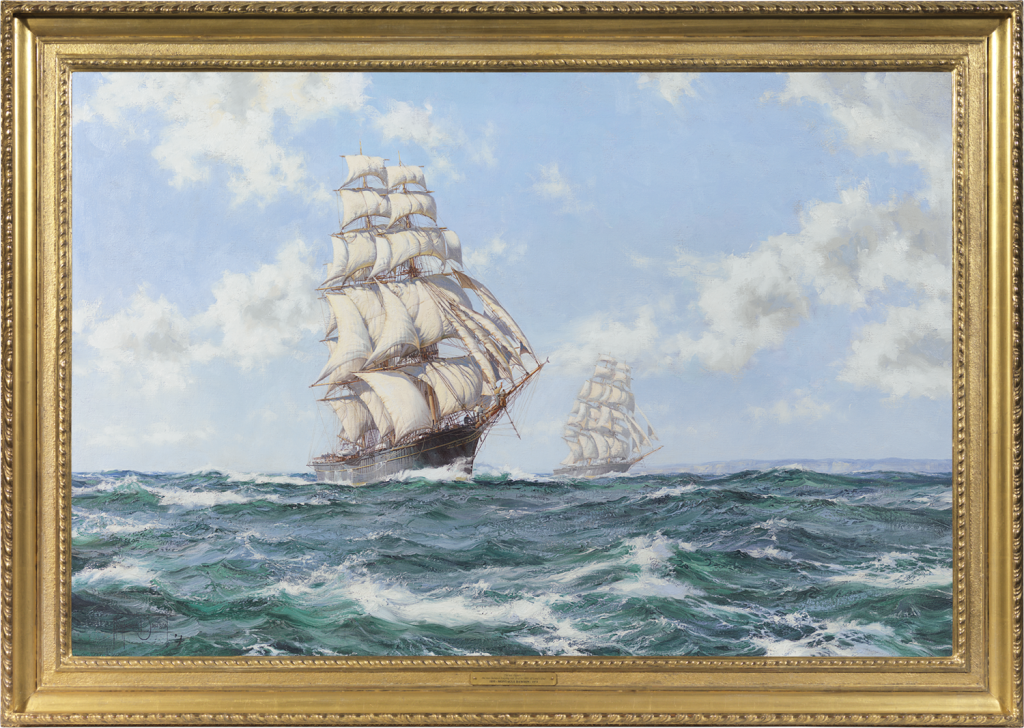 The clippers ‘Taeping’ and ‘Ariel’ battle it out in the last stages of the 1866 tea race. Large wagers were placed on which would be the fastest ship to bring the new season’s cargo of tea from China to London every year. Racing up the Channel at fourteen knots, ‘Taeping’ docked at 9.47pm, ‘Ariel’ only twenty-eight minutes later, after a journey of ninety-nine days. They were so close that it was decreed that the Captains should share the prize. 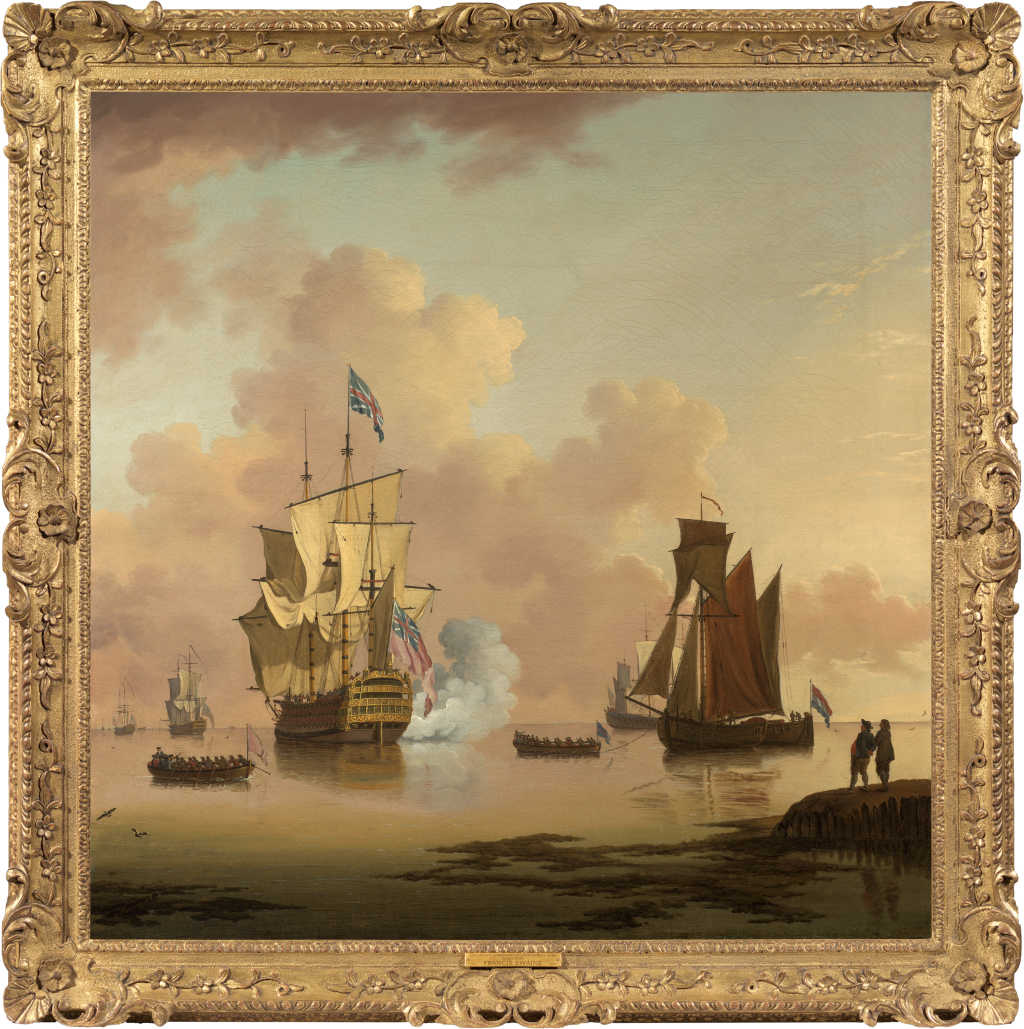 
Like his father-in-law Peter Monamy, Francis Swaine was influenced by the work of Willem van de Velde the Younger (1633-1707). This painting emulates one of Willem’s famous ‘calms’, even down to its square format, which suggests that it was intended to be an overdoor. The focus of the painting is a British three-decker man-of-war. She displays a magnificent carved and gilt stern typical of ship design of the mid-eighteenth century and wears a red ensign and a Union at the main, suggesting that this is the flagship of the Admiral of the Fleet.