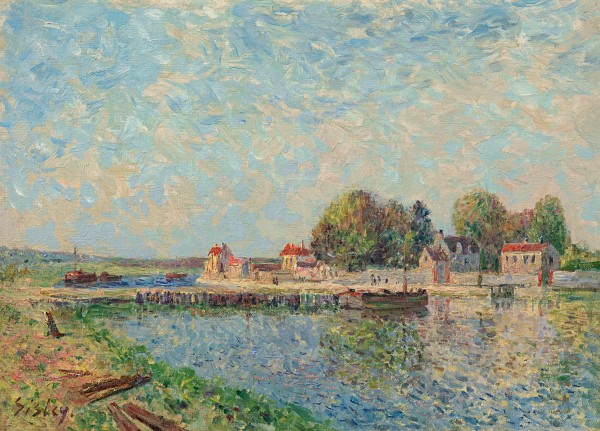 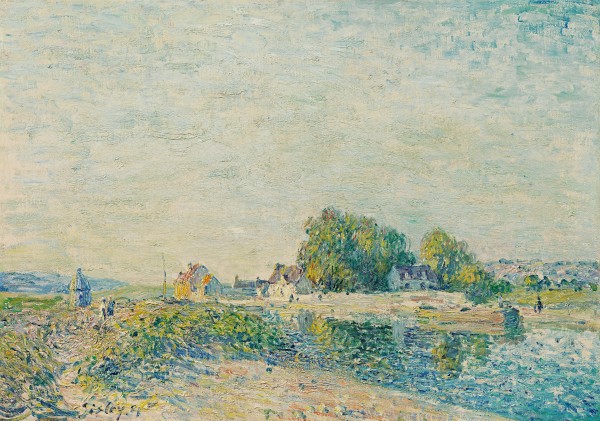 Alfred Sisley was born in Paris into a wealthy English family. He came to London at the age of eighteen to study commerce with a view to entering the family business, but soon decided to devote himself entirely to painting. Upon his return to Paris in 1863, assured of family support, Sisley entered the studio of Marc Gleyre where he met and became lifelong friends with Claude Monet and Pierre-Auguste Renoir. Sisley’s first recorded landscape dates from 1865, yet his financially comfortable circumstances may account for the fact that there are only eighteen known paintings by him pre-dating 1871.

Sisley’s lifestyle changed abruptly in 1870, the year of the Franco-Prussian War, with the death of his father and the financial ruination of his family. He was then compelled to turn to painting as a means of supporting himself. From this time on his correspondence to friends and patrons is dominated by pleas for financial aid.

Sisley was the only Impressionist to paint landscapes almost exclusively; his chief interest was in trying to represent the mood and atmosphere of nature, producing studies of the changes in colour which different seasons brought to a particular scene. Water always played an important part in his work, a subject matter which gives his paintings a joyous vibrancy and purity of tone. In 1880 Sisley moved from Sèvres in the Ile de France to Moret-sur-Loing near Fontainebleau, where he lived, on and off, until his death in 1899.

Sisley exhibited at the Salon des Refusés in 1863, the Salon in 1866, and contributed to four major Impressionist exhibitions between 1874 and 1886. Despite a successful one-man show staged by the dealer Durand-Ruel in 1883, Sisley’s paintings found comparatively few buyers during his lifetime. In 1897, at a large retrospective exhibition at the Georges Petit Gallery, not one painting was sold.