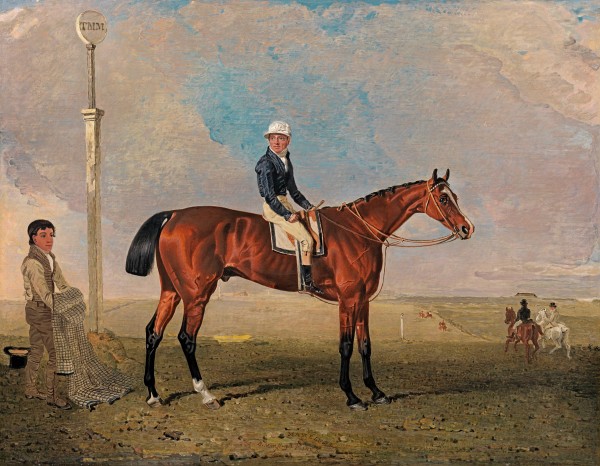 Ben Marshall was the greatest horse portraitist of the generation after George Stubbs. He painted racing, hunting and shooting scenes, boxing subjects, game cocks and portraits.

Marshall was born in Leicestershire, where he worked as a school master. He then moved to London and studied with the portrait painter Lemuel Francis Abbott. By the mid 1790s Marshall had established his reputation as a leading sporting artist, enjoying patronage from the Prince of Wales and members of the aristocracy. His work was further publicised through The Sporting Magazine, which reproduced some sixty of his paintings between 1796 and 1832.

In 1812, Marshall moved to Newmarket, an area in which he found ‘many a man who will pay me fifty guineas for painting his horse, who thinks ten guineas too much for painting his wife’.  Unfortunately, he had a severe coaching accident in 1819, and suffered temporary paralysis. He turned to sporting journalism and became a correspondent for The Sporting Magazine, writing under the pseudonyms of ‘Observator’ and ‘Breeder of Coctails’.  In 1825, he returned to London, where he remained for the rest of his life.