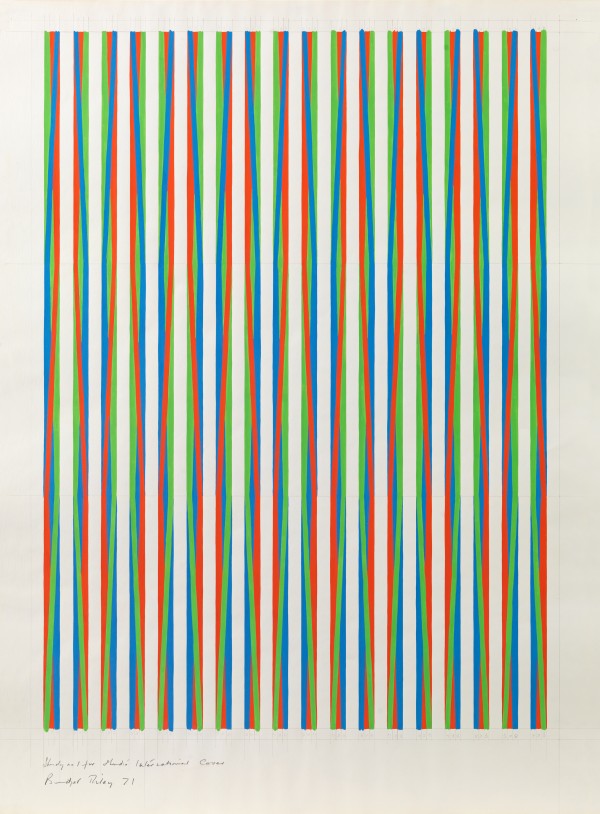 Born in London in 1931, Bridget Riley spent most of her childhood in Cornwall near Padstow in a cottage with her mother, aunt and younger sister, her father being away in the armed forces during the War.  From 1946-48 she was educated at Cheltenham Ladies College, where she was introduced by her teacher Colin Hayes to the history of painting and encouraged to attend a local life class.  Riley went on to study at Goldsmith’s College of Art from 1949-52 under Sam Rabin and then at the RCA from 1952-5 at the same time as Frank Auerbach, Peter Blake, Joe Tilson and John Bratby.

A long period of unhappiness followed her graduation from the RCA as Riley nursed her father after a serious car accident and subsequently suffered a nervous breakdown.  After a number of jobs she joined the J Walter Thompson advertising agency.