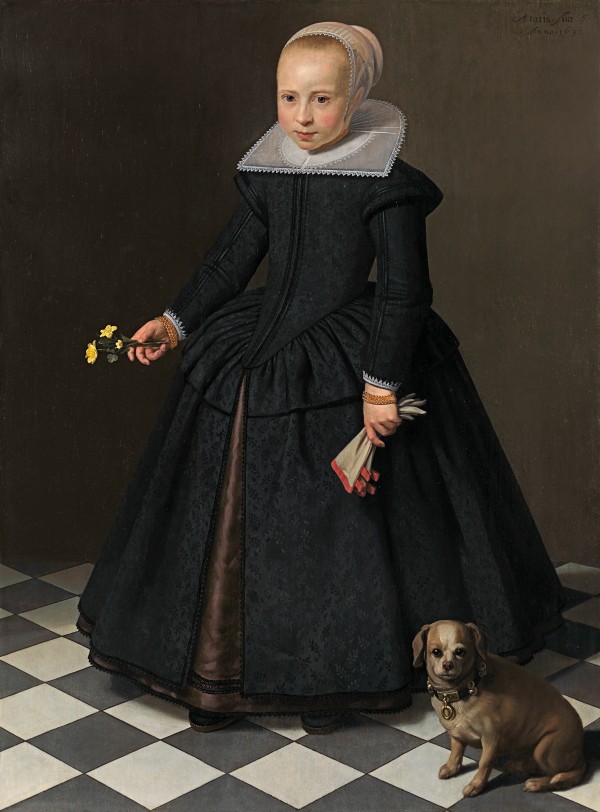 Dirck specialized in portrait painting, both single portraits of adults and groups such as The governesses and wardresses of the Spinhuis, 1638 (Amsterdam Museum). He was the leading painter of children in Amsterdam towards the middle of the seventeenth century. His first known dated child portrait is the 1632 Portrait of a young girl holding buttercups, with her dog beside her (Richard Green Gallery, London). The last dated works that can be firmly attributed to him are from 1645. Santvoort seems to have become wealthy and largely ceased painting, although he remained active in the painters’ guild[1]. He was its Dean in 1658 and was still acting as an assessor of paintings in 1678. Santvoort married twice, the first time in 1641 to Baertjen Pont, with whom he had a son named Rembrandt in 1648, and secondly in 1657 to Tryntje Riewerts (d.1689). He died in Amsterdam in 1680.