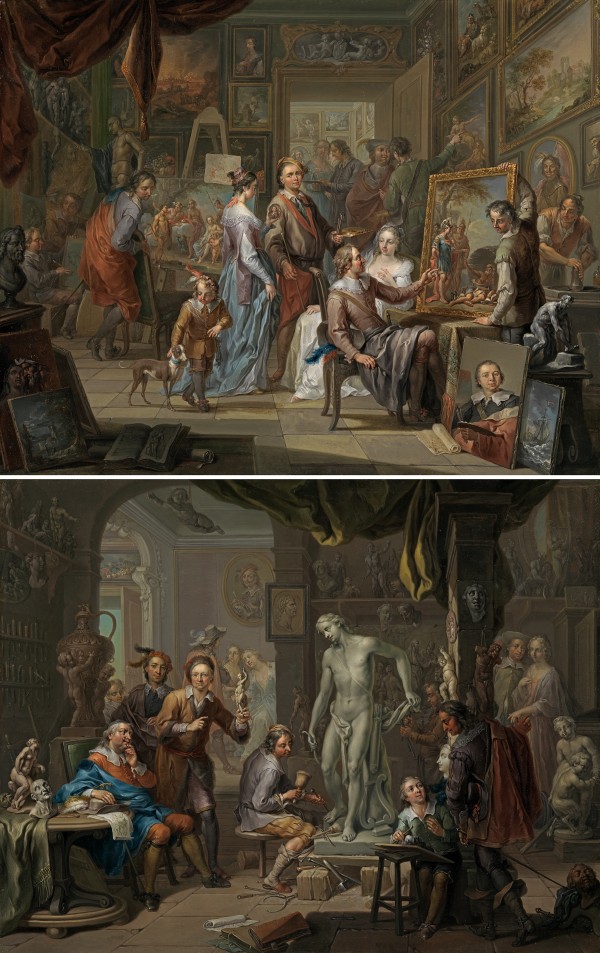 Franz Christoph Janneck was born at Graz in 1703, the son of a painter of Croatian origin, Martin Jänneg or Jänickh (d.1709) and his wife Anna, who came from Lugano. His brother Matthias (b.1707) also became a painter. Franz Janneck studied with the still life painter Matthias Vangus (fl.1710s-20s) in Graz. From 1721 to 1728 he was active in Vienna, where he studied with the Court painter Jacob van Schuppen (1670-1751), Director of the Hofakademie der Maler, Bildhauer und Baukunst. Janneck seems to have spent some time travelling through Austria and southern Germany. He became a pupil of the Hungarian-born landscape painter Josef Orient (1677-1747) in Frankfurt.

In 1736 Janneck settled in Vienna, where he remained for the rest of his life. That year he married Anna Maria Canton, daughter of the painter Franz Canton (1678-1733). Janneck became a member of the Vienna Academy of Fine Arts in 1741, rising to become its Assessor (Rector) from 1752 to 1758, sharing the position with Paul Troger (1698-1762) and Michelangelo Unterberger (1695-1758) during a particularly flourishing era for the institution.  Janneck died in Vienna in 1761.

Franz Christoph Janneck was a leading late baroque specialist in genre scenes. He also produced landscapes, religious subjects, portraits and miniatures and provided staffage for Josef Orient’s own landscapes. He was one of the finest Austrian exponents of highly finished cabinet pictures, together with Johann Georg Platzer (1704-1761). These were often executed on copper and show figures in contemporary, historical or mythological costume, continuing the seventeenth century Netherlandish fijnschilder tradition.

Janneck paid particular attention to the decorative settings of his genre scenes. Many of his sumptuous interiors include architectural features derived from the works of Fischer von Erlach (1656-1723) and Johann Lukas von Hildebrandt (1668-1745).