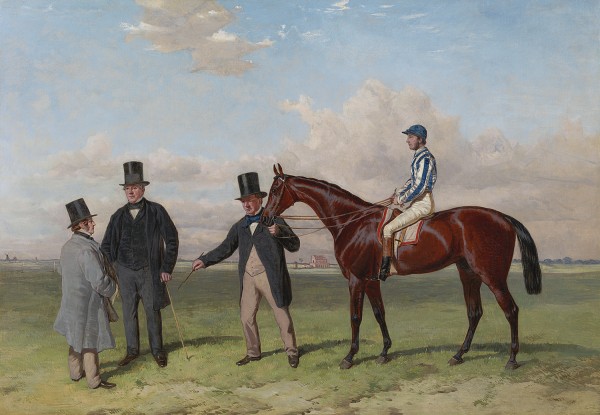 Harry Hall was probably the most prolific racehorse portraitist of his day and his paintings represent a strikingly modern contribution to this genre, when compared with many of his contemporaries.

Between 1838 and 1844, Hall lived in London, working in Tattersall’s and contributing to Tattersall’s British Racehorses and The Sporting Review.  For a short period he became chief artist for The Field, and also contributed sporting pictures to The Illustrated London News.

Hall then moved to Newmarket and concentrated almost exclusively on painting portraits of racehorse, providing a pictorial documentation of the most notable horses on the English turf during the nineteenth century.