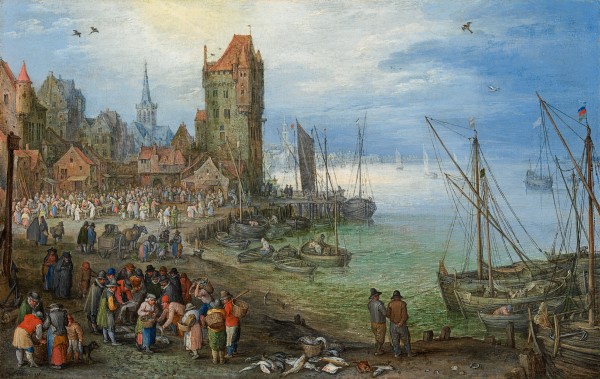 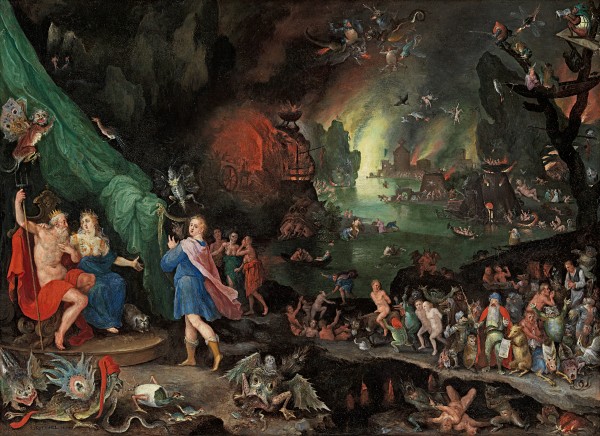 Jan Brueghel The ElderOrpheus playing to Pluto and Proserpine 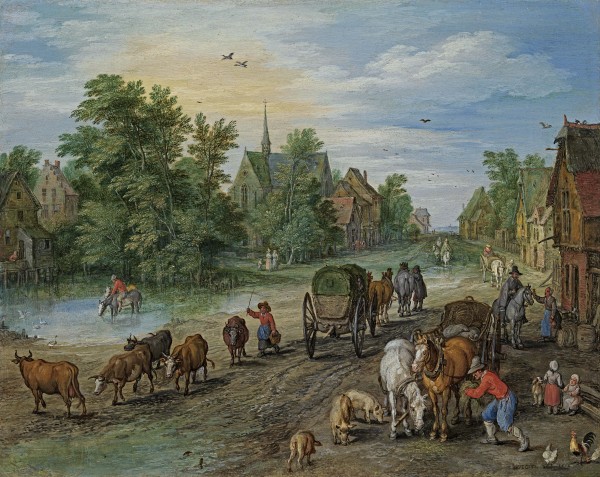 Jan Brueghel the Elder was the son of Pieter Brueghel the Elder. He was born in Brussels where he lost his father as an infant in 1569, and his mother at the age of ten, in 1578. His maternal grandmother, Mayken Verhulst, reputedly a talented painter herself, moved with her grandchildren to Antwerp and taught them painting in tempera. For oil painting, Jan received lessons from Peeter Goetkint. It is not known where he continued his training after this teacher’s death in 1583. He travelled to Italy c.1589, via Cologne to Naples, Rome - where he gained esteem in 1592-94 - and then in 1595 on to Milan where he worked for Cardinal Federico Borromeo, who would remain an important patron for the rest of Jan’s life. In the summer of 1596, the artist returned to Antwerp, travelling through Holland and Flanders before settling down in the autumn. Having entered the guild as a master in 1597, he was its dean in 1602. From 1606 onwards he worked repeatedly for the Archducal couple in Brussels, also visiting there. In 1604 he travelled to Prague and in 1613 he revisited Holland on an official mission with his friends Peter Paul Rubens and Hendrick van Balen. During a period of over thirty years he made an important contribution to the development of the art of painting in oils. He died a victim of a cholera epidemic in Antwerp in 1625.