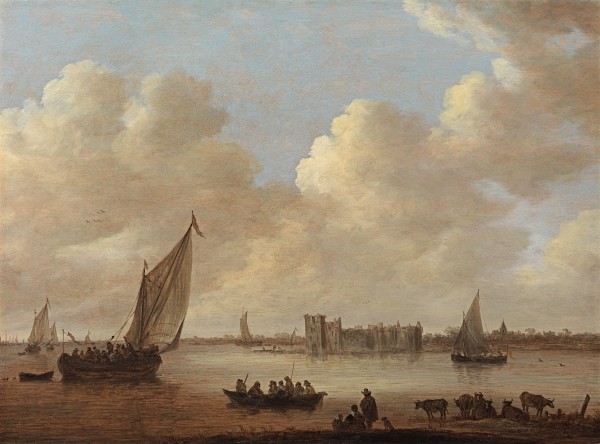 Jan van GoyenA view of Rupelmonde Castle on the Scheldt, with boats in the foreground