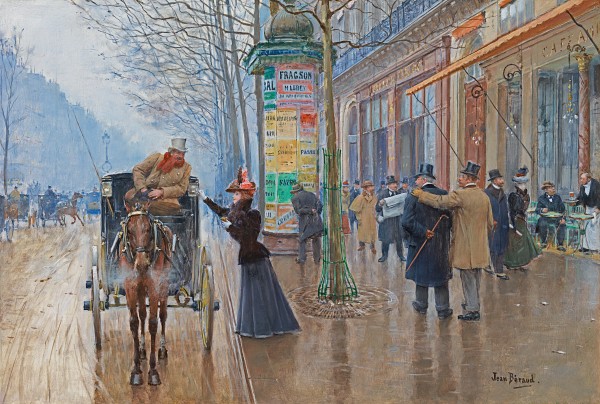 Jean Béraud was born in St Petersburg in 1849, the son of a French sculptor, Jean Béraud, who had probably moved to the city to work on the cathedral of St Isaac. His mother took the family to Paris after her husband’s death in 1853. Jean, like his friend Marcel Proust, was educated at the Lycée Bonaparte (today the Lycée Condorcet). He briefly studied law at the University of Paris and in 1870-71 served in the Garde Nationale during the Siege of Paris. Abandoning law for art, in 1872-3 he studied in the studio of the portrait painter Léon Bonnat. Béraud exhibited two portraits at the Salon in 1873, showing there until 1889.