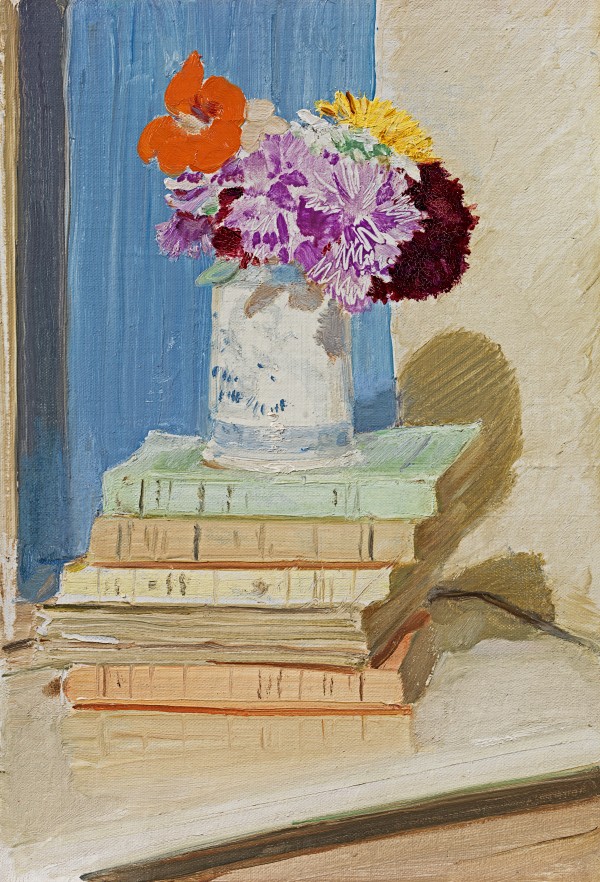 A painter of still lifes, landscapes and portraits, a skilled engraver and a theatre designer, Sir William Nicholson still managed to devote a considerable amount of time to his image as a ‘dandy’, and spend most of his working life attired in white duck trousers and patent shoes.

He first trained at the Bushey School under Hubert von Herkomer from 1888-9 and then travelled to Paris where he studied at the Académie Julian from 1889-90. It was here that he met James Pryde, whose sister Mabel he married in 1893. Under the name of ‘J and W Beggerstaff’ he and Pryde designed posters between 1893 and 1899; he also produced woodcuts published by Heinemanns between 1896 and 1900.

From 1898 Nicholson exhibited at the International Society of Sculptors, Painters and Gravers and was influenced by James McNeill Whistler who was President of this organisation. In 1904 he was a founder member of the Society of Twelve, and held his first one-man show at the Paterson Gallery in 1906. He was also responsible for several theatre designs, including the original sets for Peter Pan in 1904.

Although perhaps not temperamentally suited to a professional career as a portraitist, Nicholson painted portraits throughout his life and despite his detachment from artistic public life, was knighted in 1936. His finest portraits depict sitters with whom he was in sympathy and he excelled in his portrayal of close friends. Amongst his masterpieces are Max Beerbohm (National Portrait Gallery) and Walter Greaves (Manchester City Galleries).