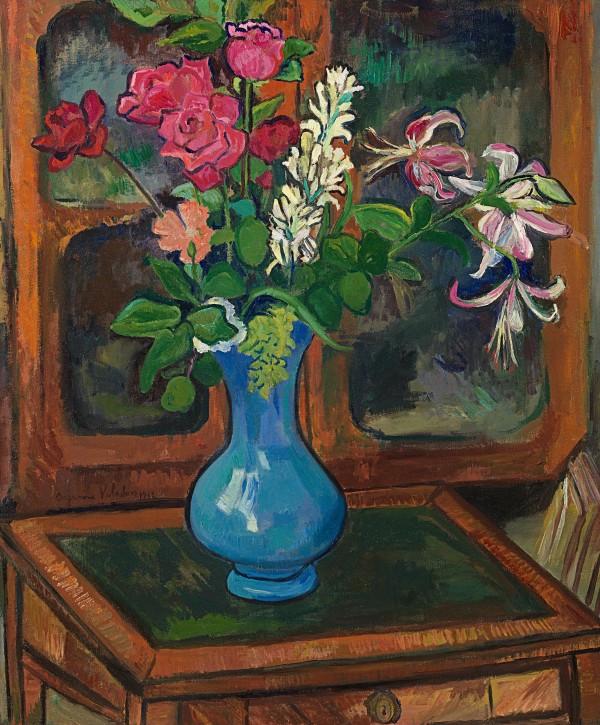 Suzanne Valadon was born in Bessines-sur-Gartempe, near Limoges, the illegitimate daughter of a housemaid. She had jobs as a milliner and waitress before joining the circus, but a fall put an end to her career as a tightrope walker. From the age of fifteen the beautiful Valadon modelled for artists in Montmartre, particularly those who frequented the Lapin Agile. She modelled for Puvis de Chavannes, Renoir, Zandomeneghi, Forain and others, shrewdly observing their working methods. Having taught herself to draw as a child, Valadon became an artist, producing her first signed and dated work, a pastel Self-portrait (Musée du Pompidou, Paris), in 1883. That year she gave birth to Maurice Utrillo (1883-1955), the future painter of Montmartre, whose father was the Spanish painter Miguel Utrillo (1862-1934). Maurice was left with his grandmother while Suzanne went back to work as a model.

In 1924 a contract with Bernheim-Jeune revived Valadon’s finances, enabling her to buy the Château de Saint-Bernard in the Auvergne. There were retrospectives of her work in 1929 and 1932; in 1937 the Musée de Luxembourg bought three major paintings and many drawings. Valadon died in Paris in 1938.