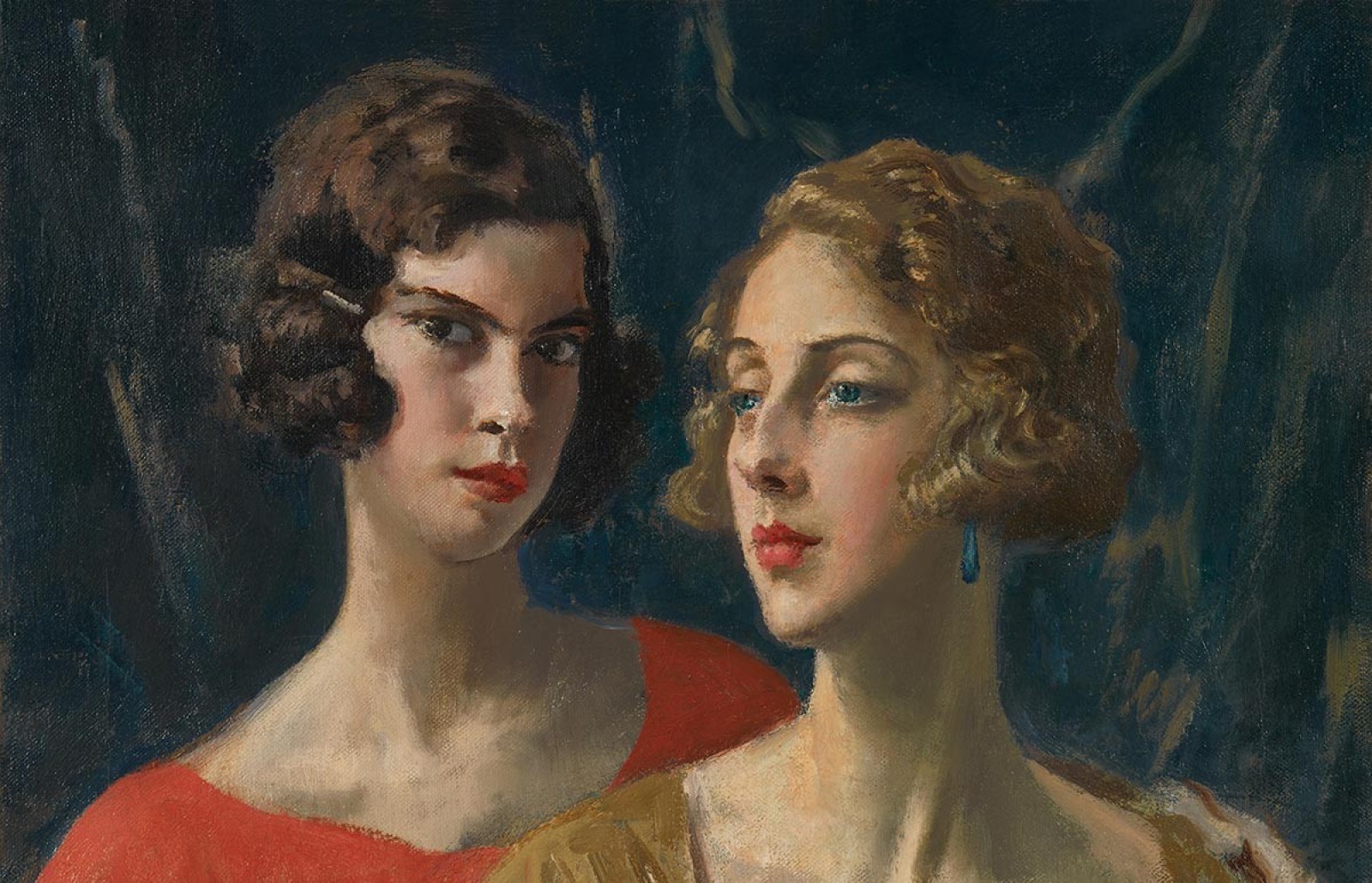 Augustus John’s 1921 portrait of Baronne Baba d’Erlanger and Miss Paula Gellibrand, formerly with Richard Green, was generously lent by a private collector to the National Portrait Gallery, London’s Cecil Beaton’s Bright Young Things. The painting was begun at Deauville in 1919, when John was staying with the Prime Minister, Lloyd George, and making rather heavy weather of painting him. Much more fun to portray two young women who were so inseparable that they were known as ‘The Twins’, despite their contrasting styles of beauty – Baba dark and intense, Paula shimmering and golden. John responds not only to their superb good looks but to the zeitgeist – their marcel-waved hair and simple dresses have a classical unfussiness that ushers in the Jazz Age, the Roaring Twenties. The brushwork has the witty fluidity of a foxtrot, while the composition is organized around bold blocks of colour: red, gold and deep sapphire.

The socialites were much photographed by Beaton: he declared Paula to be among ‘the most consistently lovely’ women he had snapped. Both were fashion leaders, Baba as a muse of the couturier Lucien Lelong, Paula as the ultimate ‘Flapper’ in glittering, fish-scale metallic dresses, her huge blue eyes full of smoky allure.

When Paula married the Bugatti-racing Marques de Casa Maury in 1923, the Press had a field day with her cutting-edge couture, commenting on her ‘nun-like’ satin wedding gown and style of footwear not ‘yet adopted’ by Lady Elizabeth Bowes-Lyon (who was about to become the Duchess of York, and later Queen Elizabeth). Baba, Paula’s only bridesmaid, wore a silver tissue gown and turban.

From the 1920s to the 70s Cecil Beaton’s extraordinary inventiveness defined the way we remember an era: he was the heir to history’s ‘swagger portraitists’ like van Dyck and Sargent. He could scrunch up a few bits of cellophane with some balloons to suggest the Bright Young Things’ frothily ephemeral world, one captured equally in Evelyn Waugh’s Vile Bodies. Beaton moved with the times: in the 60s he was photographing Mick Jagger, beguiled by the younger generation and beguiling them in turn. And who can forget Audrey Hepburn, in her Beaton-designed Ascot costume for My Fair Lady?

The exhibition is now closed, but Robin Muir’s excellent catalogue is available online (£35; www.npgshop.org.uk). Beaton was a prolific diarist, skewering the good, the great and the infamous with his wit. For a guilty pleasure, check out The Unexpurgated Beaton, edited by his biographer Hugo Vickers. 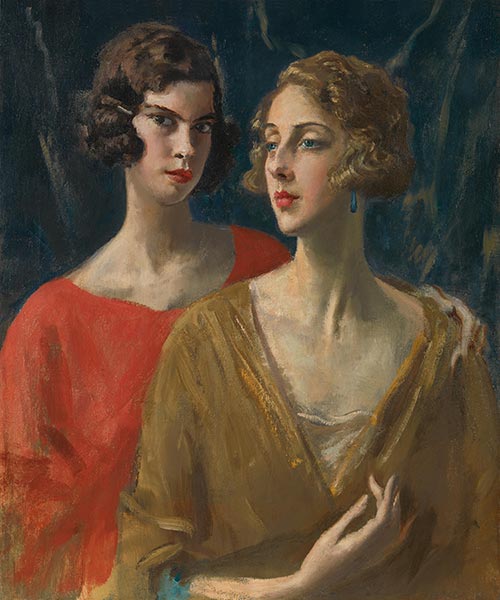