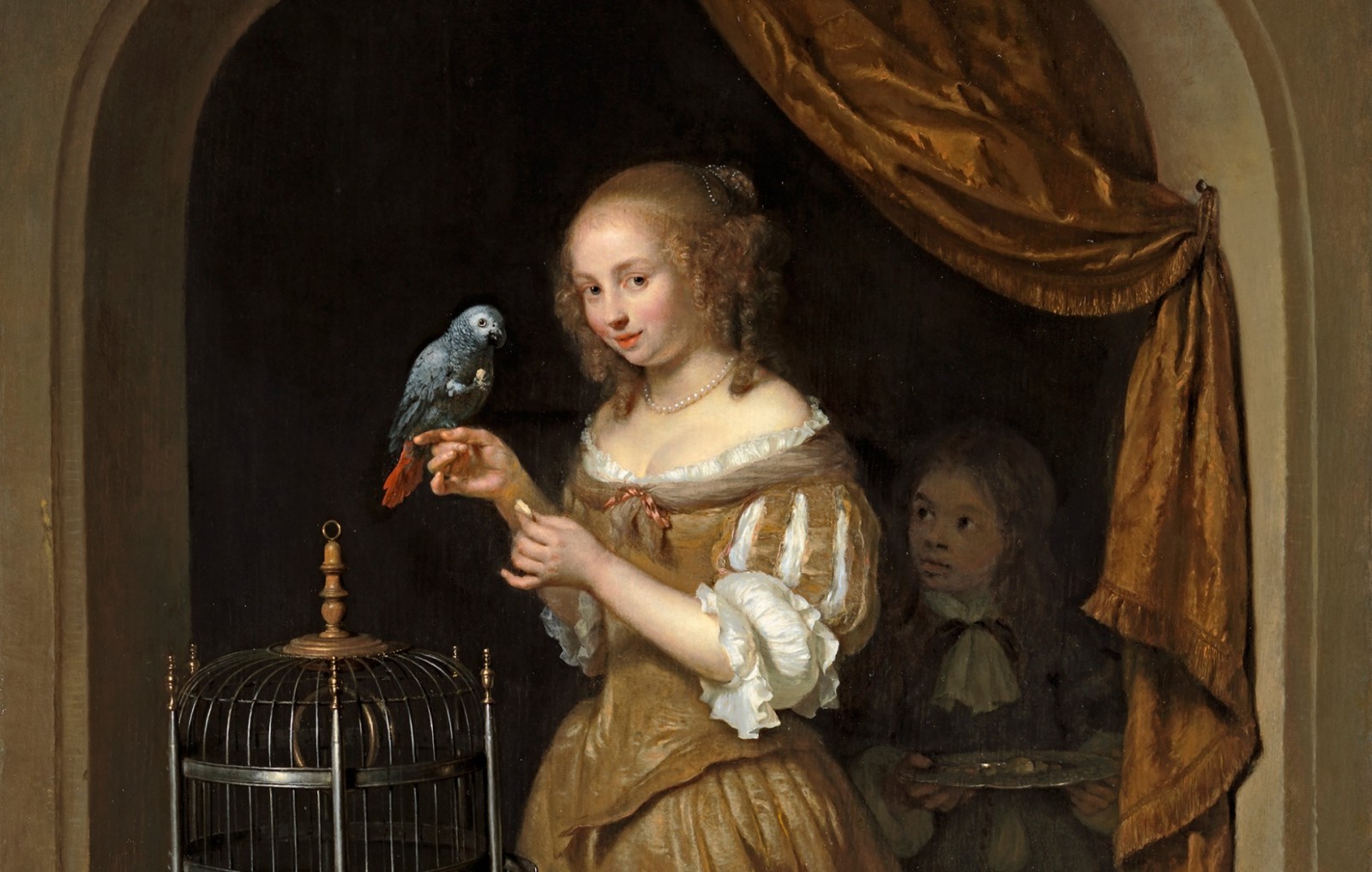 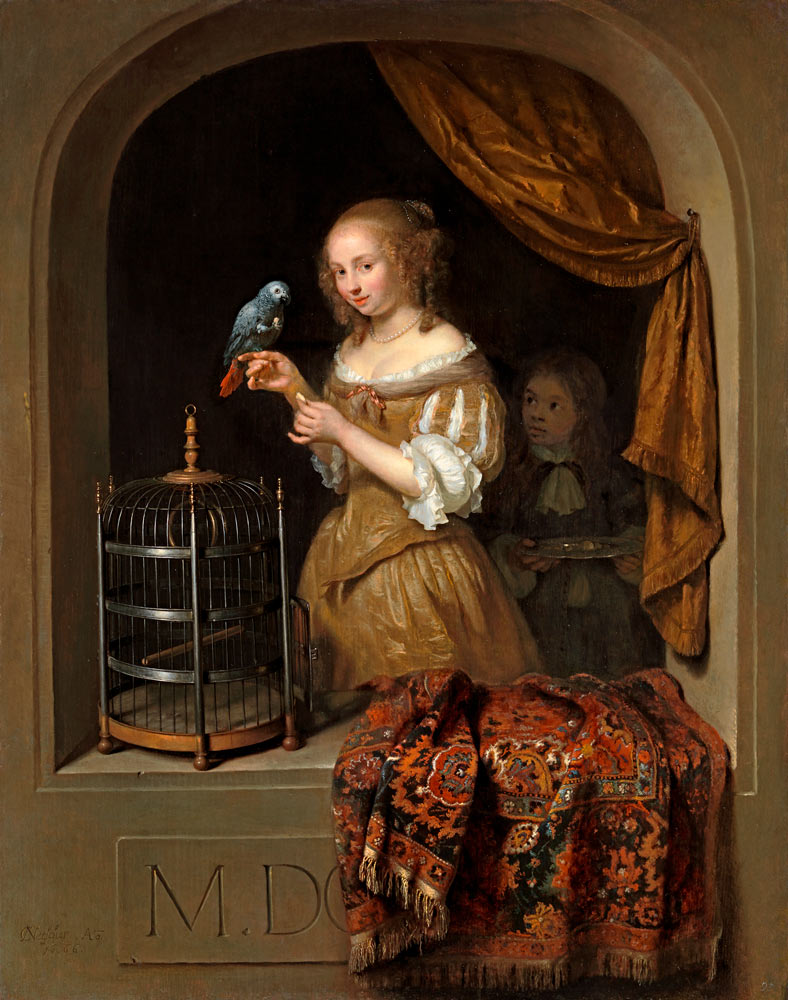 A young woman, dressed in the height of fashion, feeds an African Grey parrot, an expensive, exotic pet obtained by Dutch traders from West Africa, prized for their ability to mimic human speech. In paintings, parrots had associations of luxury and sensuality, in keeping with the demurely flirtatious glance of the girl. Netscher sets the scene in an arched stone window. This enables him to show off his credentials as a trompe l’oeil painter by flinging a costly table-carpet over the ledge, to intrude into our picture space. It makes the young woman more seductive by placing obstacles between her and the viewer – is she real? Does she belong to our world, or a painted one? The page boy hovering in the shadows evokes a hinterland which we will never explore.

This painting has been coveted – legally and illegally – throughout its history. It is first recorded in the collection of Pierre Plongeron (d.1694), Chamberlain to the Elector Palatine. In 1944 it was stolen by Hermann Goering and was only restituted to the heirs of the pre-War owner, Hugo Andriesse, in 2014.