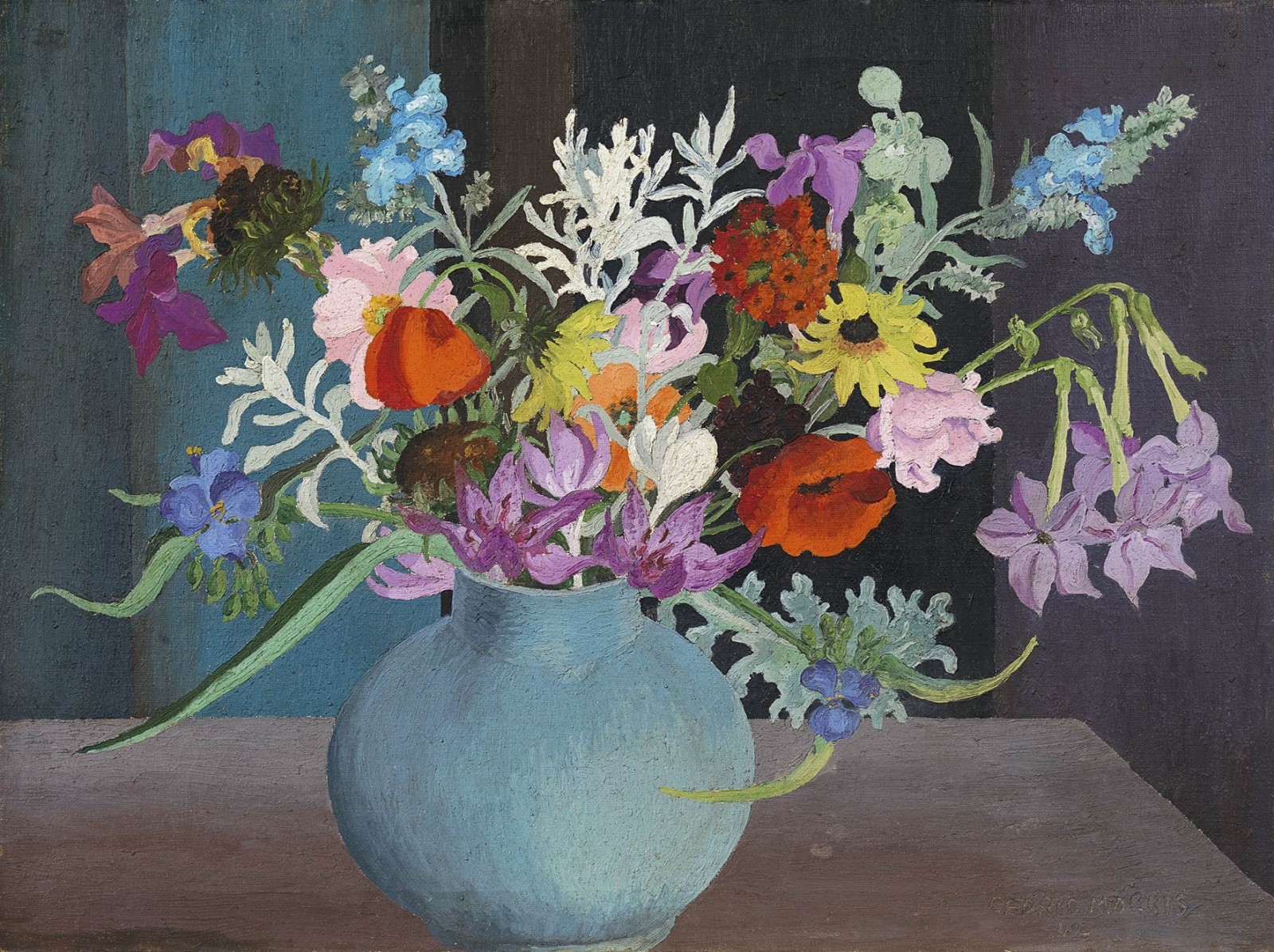 Coinciding with the Chelsea Flower Show, we are very happy to present an exhibition of five flowerpieces by Sir Cedric Morris (1889-1982), one of the most original British painters of the twentieth century and the teacher of Lucian Freud. Descended from a long line of Welsh industrialists, Morris spent the Roaring Twenties in Paris and London, rubbing shoulders with Duchamp, Gris, Hemingway and Peggy Guggenheim. In 1929 he moved with his partner, fellow artist Arthur Lett-Haines, to Suffolk, where they spent the rest of their lives. Morris created a magical garden at Benton End, Hadleigh, where he bred irises and poppies and nurtured plants brought back from winter expeditions to Europe and beyond.

Morris painted flowers with a plantsman’s profound understanding of their hues, textures, structure and habitat. Each bloom has a fierce personality. Morris never used underdrawing, preferring to work out the composition in his head and paint from top left to bottom right in richly impasted waves of colour. Wild flowers, 1923, is a loosely gathered bouquet of Mediterranean species probably painted in the South of France. Flowers and moths, 1927; Panel of flowers, September 1929 and Nicotiana in contrast, 1942 revel in the hot colours of late-summer flowers: Morris was often more prolific as autumn approached and there were fewer practical tasks to be undertaken in his garden. Still life in doorway, 1942, plays wittily with ambiguous, slightly surreal spaces. Cedric Morris’s astonishingly fresh approach to the flowerpiece never ceases to delight.