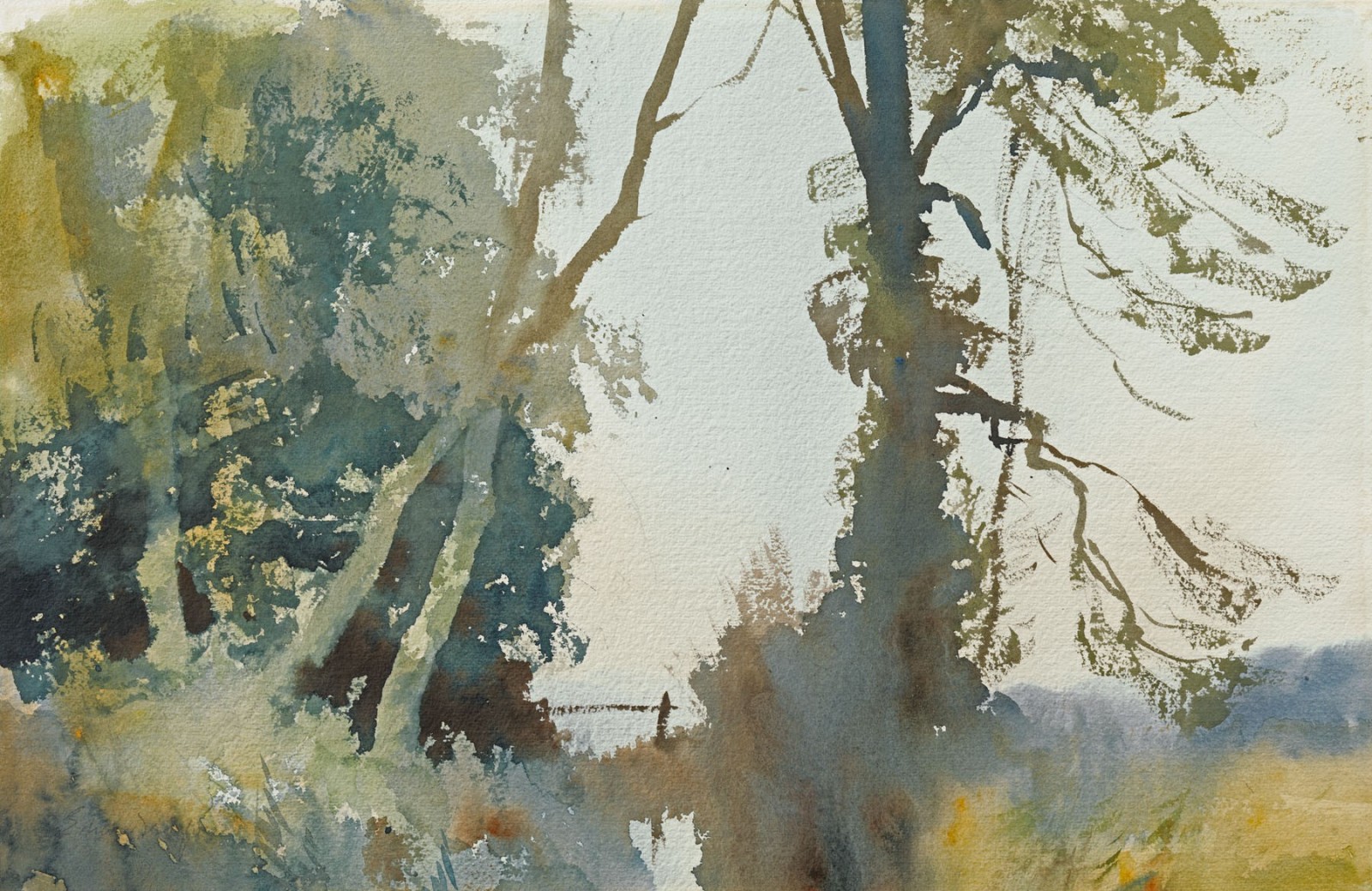 Richard Green Gallery is delighted to present an intimate, online selection of works by Edward Seago, one of Britain’s finest twentieth-century landscapists. He stands in the great tradition of East Anglian painting, of Gainsborough, Constable and Munnings: his unique and subtle tonality transforming mere topography into balanced, thoughtful celebrations of nature itself. Edward Seago was born in Norwich and a lifelong – though manageable – heart condition meant that he missed much formal schooling and found solace in art. As a young man he was almost recklessly adventurous, joining the circus, plunging into the bohemian life of the theatre and ballet, indulging in a little anti-Nazi spying in pre-War Europe and witnessing the Italian Campaign as a War Artist.

In 1945, Seago settled back in his beloved East Anglia, buying the seventeenth century Dutch House in Ludham on the Norfolk Broads. He became a favourite of the Royal Family, staying at Sandringham with King George VI and Queen Elizabeth. Seago accompanied the Duke of Edinburgh on a tour to Antarctica, where the pair painted side-by-side; later he inspired Prince Charles to develop his own passion for watercolour painting.

Although he travelled widely for his art, as far afield as Morocco and Hong Kong, East Anglia remained at the heart of Seago’s painting. He wrote: ‘It has a powerful hold on me, and whenever I go, I feel a longing to return there’. His work captures the essence of Norfolk and Suffolk: the huge, changeable skies, the gently undulating landscape, the shimmering coastal light. His preferred palette is pale blues, soft greens, gentle ochres and cream.

In Summer morning, Palling Beach – Norfolk, Seago depicts the gold sand at Sea Palling, eight miles north-east of Seago’s home in Ludham. He admired the work of Eugène Boudin; this view has a similar impressionistic lightness of touch to Boudin’s in its evocation of families enjoying the sunshine. The wide, glittering estuary of the Orwell also provided a favourite motif for Seago’s Suffolk views. Pin Mill reflects the exquisite tonal control with which Seago harmonizes his landscapes. Pin Mill’s Butt and Oyster inn nestles against the wooded shoreline, its cream and brown structure echoing the soft tones of the mudflats, boats and cloud. Seago’s brilliant technique and subtle palette is attuned to the colours of the region. In his study of Ash Trees, Norfolk, Seago shows his confidence and freedom with the watercolour medium. He captures the slender elegance of the trees, pooling deep colours for the shadows and using a nearly-dry brush to evoke branches trembling in the breeze.

Seago knew exactly what he wanted to achieve and executed it with brilliant economy. As the Duke of Edinburgh noted, after watching Seago paint: ‘He had a knack of capturing a scene with a speed and dexterity that rivalled that of a conjuror’. 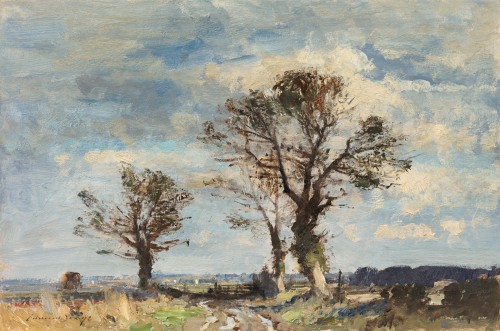