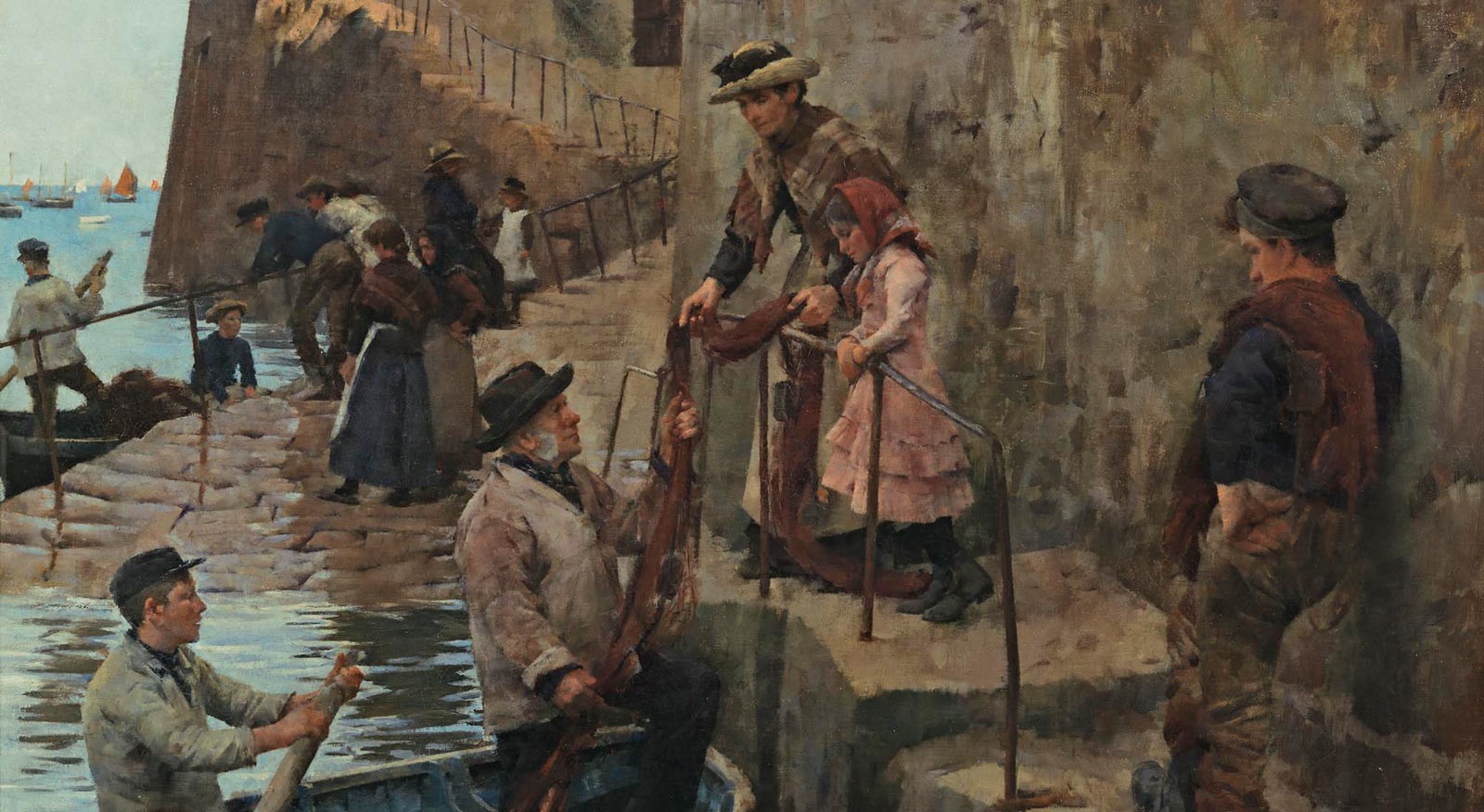 Father of the Newlyn School

‘Stanhope Forbes: Father of the Newlyn School’ has opened at Penlee House Gallery & Museum in Penzance until 9 September. Over seventy works from rarely seen private collections as well as national and regional museums will be exhibited in the most comprehensive survey of Forbes’s career for many years. Born in Dublin, Forbes (1857-1947) trained at the Royal Academy Schools in London and at Bonnat’s studio in Paris. After arriving in Newlyn in 1884 aged just 26, his reputation was made a year later with the acceptance of his masterpiece, Fish Sale on a Cornish Beach at the Royal Academy. This painting, one of the stars of the exhibition, established Newlyn’s reputation as the British centre of a new wave of modern, European painting characterised by ‘en plein air’ subjects and a startlingly realistic ‘square brush’ technique. Forbes was one of the founders of the Newlyn Art Gallery in 1895 and in 1899 he established the Forbes School of Painting and Drawing, along with his wife and fellow artist, Elizabeth.

Richard Green is delighted to have arranged the loan of The Slip, 1885, previously at the gallery and now in a private collection, one of the first paintings Forbes produced in Newlyn. He was immediately captivated by the area. Forbes recounted his first entry into Newlyn in an article for The Cornish Magazine: ‘I had come from France and, wandering down into Cornwall, came one spring morning along that dusty road by which Newlyn is approached from Penzance. Little did I think that the cluster of grey-roofed houses which I saw before me against the hillside would be my home for so many years’. He later commented: ‘Here every corner was a picture, and, more important from the point of view of the figure-painter, the people seemed to fall naturally into their places, and to harmonise with their surroundings’. 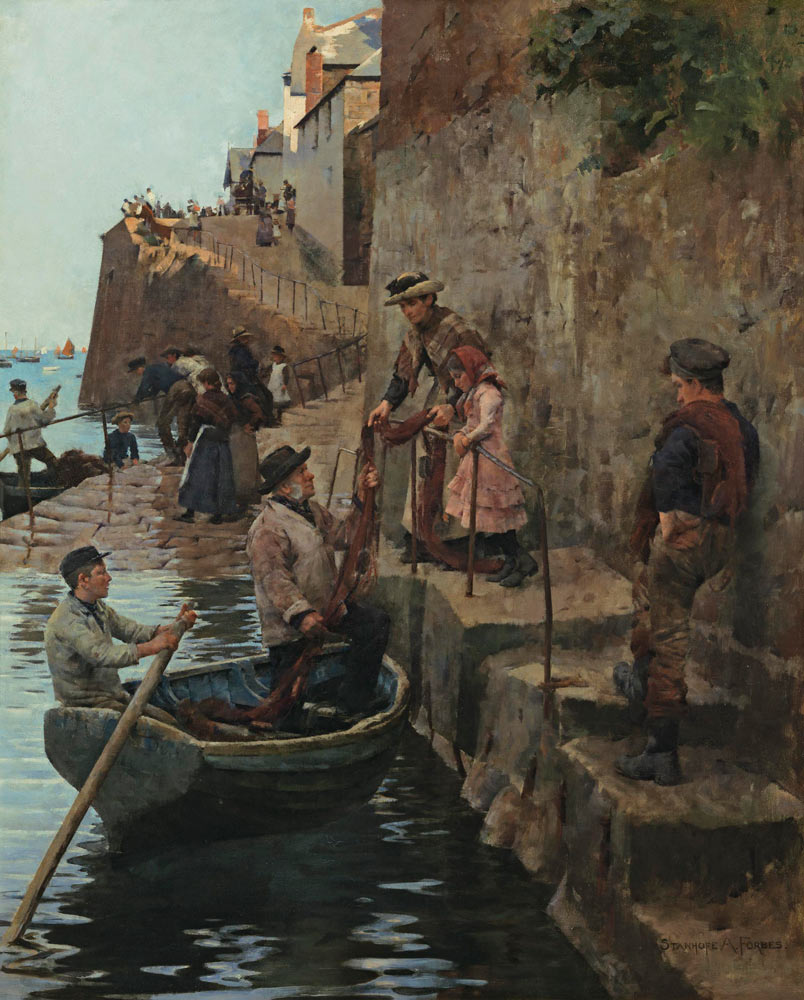 ‘At that time the very bright life beamed on us. We had never known the joys of youth before. We danced, played games and lived half the night as well as working hard all day.’ Laura Knight (1877-1972).

The Newlyn School artists’ colony flourished in the southernmost tip of Cornwall from the 1880s into the carefree days of the Edwardian era, attracting artists with its spectacular scenery. Laura and Harold Knight came to Newlyn in 1906 from the fishing village of Staithes in Yorkshire, beginning a period of great happiness and success for the artists in what Caroline Fox describes as ‘an idyllic world of sun, sea and companionship.’