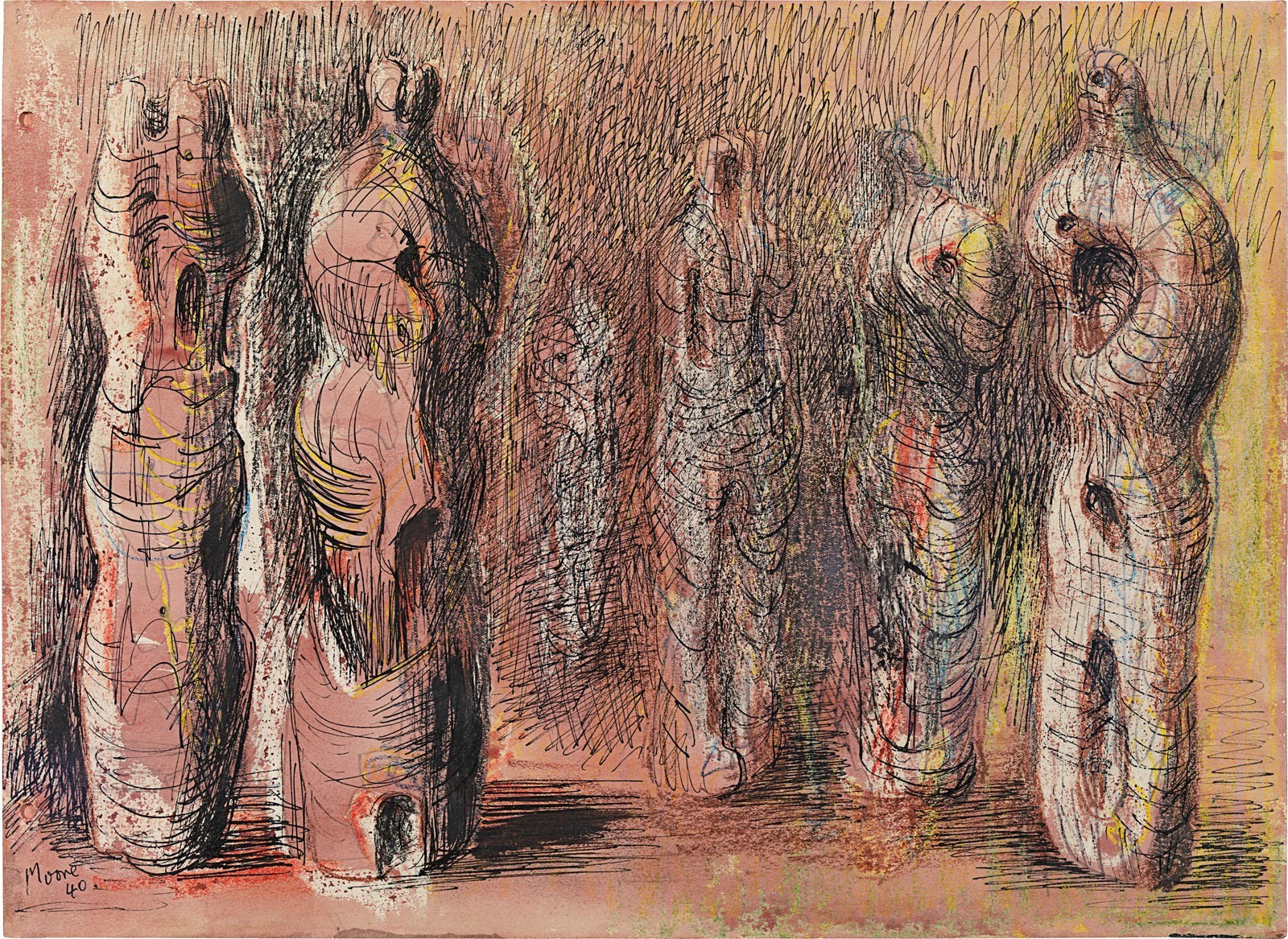 Prior to exhibition at Frieze Masters in October, we are now hanging a spectacular preview of drawings and sculptures by one of the leading sculptors of the twentieth century, Henry Moore, at 33 New Bond Street. The selection features four extraordinary mixed media works on paper from the 1940s, including two shelter drawings; Shelter Drawing: Seated Mother and Child, c. 1941, exhibited at the Tate in 2010 and Three women in a Shelter, the preparatory study for Shelter Drawing: Three Fates, 1941 at Brighton Museum & Art Gallery, as well as the dramatic Standing Figures, 1940 and a brilliant, large-scale Family Group, 1948, previously in the collection of ‘Canada’s Peggy Guggenheim’, Ayala Zacks-Abramov (1912-2011).

The quiet grandeur Moore’s figurative sculpture is represented by two bronze maquettes dating from 1943 and 1983. Madonna and Child, 1943, was cast from a terracotta model made for the Horton stone Madonna and Child at the Parish Church of St Matthew’s, Northampton, which Moore described as ‘one of the most difficult and heart searching sculptures that I ever tried to do’. The reclining figure was a central theme throughout Moore’s career and is represented here by one of his latest works Reclining Figure, 1983. The intimate scale of Moore’s maquettes, or preliminary models, allowed the sculptor to turn them in the palm of his hand, imagining the large scale public sculptures they would become. 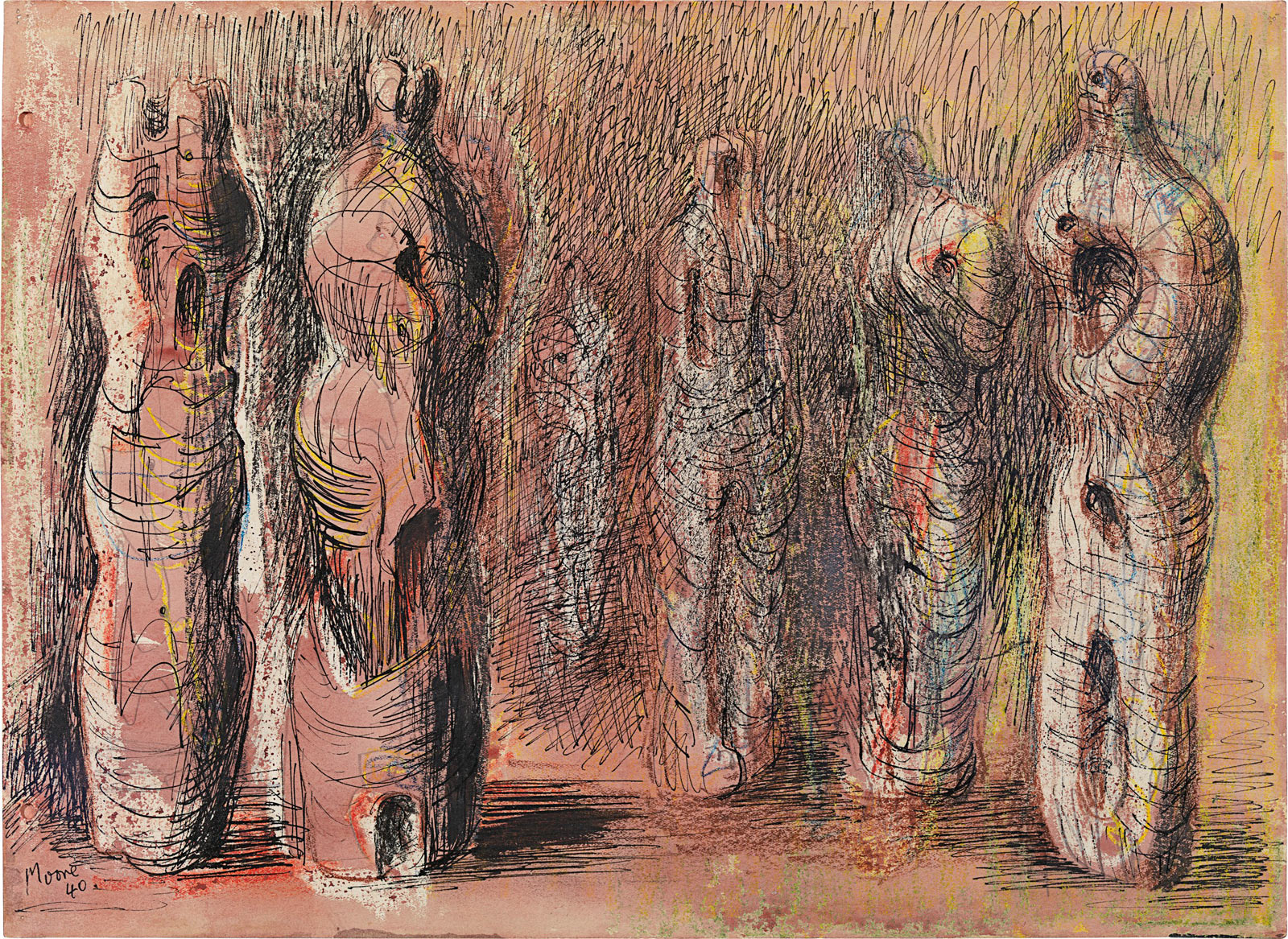