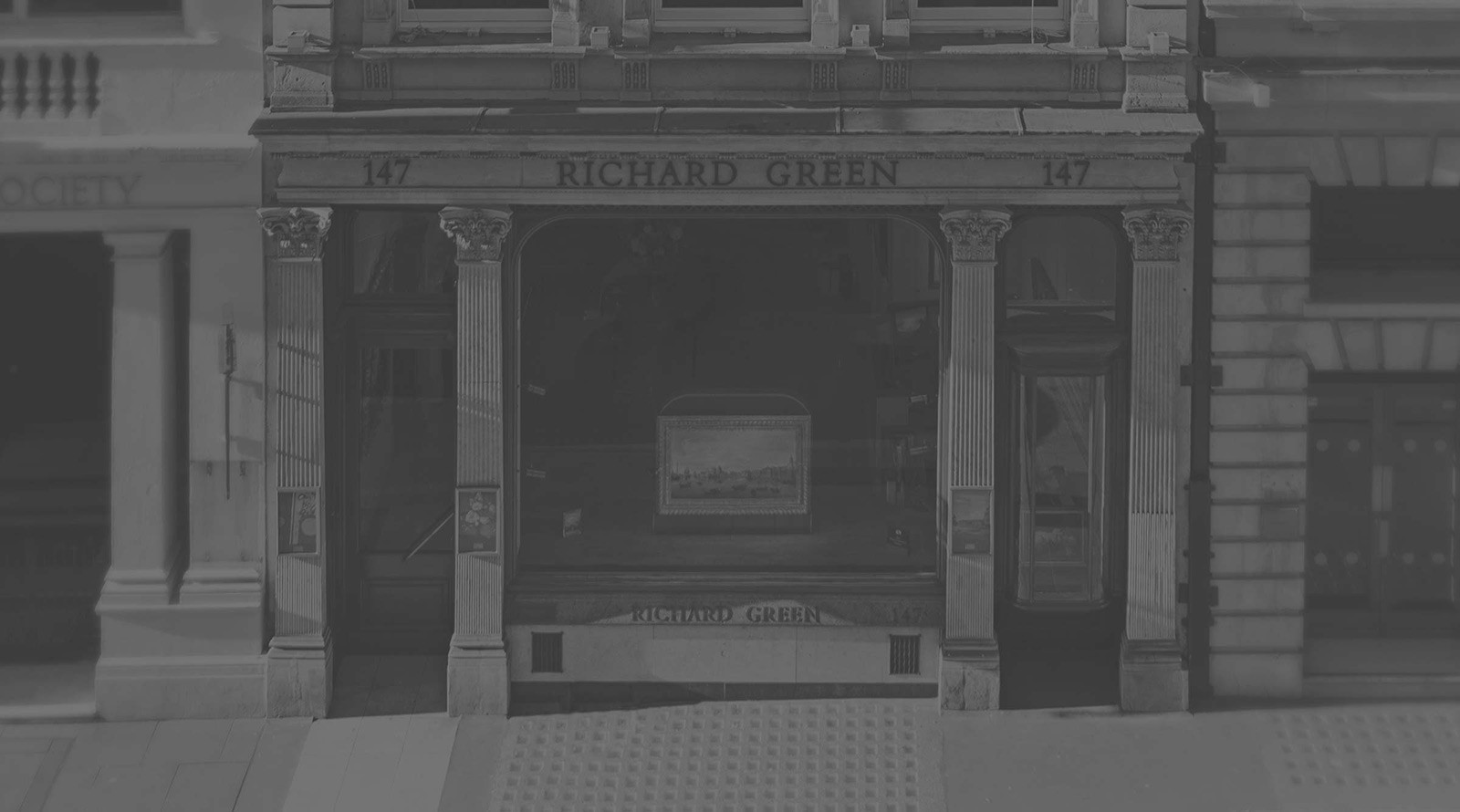 British and Irish Impressionism and Modernism is the theme of Richard Green’s stand at Masterpiece London 2019, which takes place in the elegant grounds of the Royal Hospital Chelsea from 27th June-3rd July.

Sir John Lavery’s The Glasgow International Exhibition, 1888, appropriately shows the venue for an earlier, equally celebrated display of the arts. Set in the city’s Kelvingrove Park, it shows fashionable strollers, painted with a shimmering, impressionistic touch, and the dome of the main exhibition hall across the river, on which glides a specially-imported Venetian gondola.

The Irishman Roderic O’Conor spent most of his career in France. Girl reading, c.1907-8, depicts his antique-filled Paris studio and reflects his principle of rendering observed forms faithfully in natural light, while treating colour and mark-making with anarchic freedom. O’Conor found inspiration in the vibrant colours of Bonnard, van Gogh and Gauguin, whose work he collected.

A group of works by Sir Alfred Munnings marks the centenary of his move to Castle House, Dedham (today the Munnings Museum) and his first racehorse portrait, a genre which was to bring him fame, fortune and the Presidency of the Royal Academy. The brilliant watercolour The Norwich Fair, 1907, is typical of the rural subjects derived from his early life as the son of an East Anglian miller. The oil After the steeplechase at Newbury, 1947, has the fluency and bravura of the days when Sir Alfred was a top-hatted Society figure, privileged to sketch at the edge of the Course. Chestnuts in bloom at Castle House, Dedham, c.1920, is a tender evocation of spring at Munnings’s beloved home: the chestnut trees bloom there still.

Winifred Nicolson’s Japanese anemones and prism, 1949, epitomizes the artist’s desire to ‘talk in colour’ and ‘paint the colour that hid beneath another or flickered briefly on an edge before disappearing’, hues fanned out from white light when objects are seen through a prism.

LS Lowry’s Teenage group, 1965, reveals the power of a limited palette: Lowry said that he painted only with ivory black, vermilion, Prussian blue, yellow ochre and flake white. In his work of the 1960s, Lowry moved away from industrial scenes to spotlight fewer figures against a white background. This painting wittily captures the psychology and body language of adolescents in an age when the adult world was increasingly in thrall to their dreams and desires.