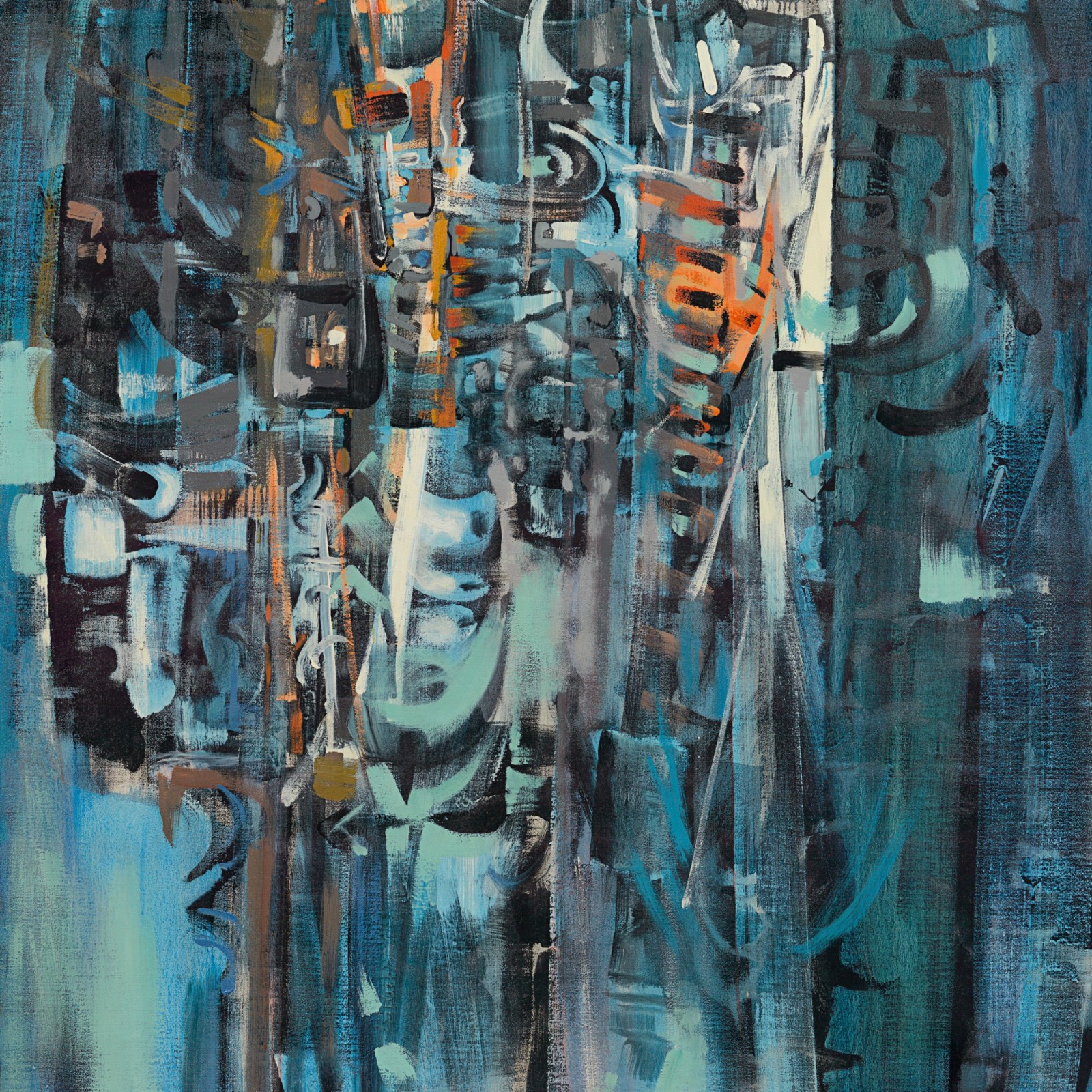 From the south to the north coast of the Penwith penisula, this exhibition celebrates British artists of the twentieth (and twenty-first) century who lived and worked in west Cornwall, highlighting the vital role of Newlyn, Lamorna and St Ives in the history of modern art. The fishing village of Newlyn had been established as an artists’ colony since the 1880s, centred round the school run by Stanhope Forbes and his wife Elizabeth at The Meadow. Forbes, who found in Newlyn that ‘every corner was a picture’, had been one of the first to record the lives of the local fishermen in a realist style developed from the plein air painting of Jules Bastien-Lepage (1848-1884). At the beginning of the twentieth century, the second-generation of artists drawn by Forbe’s Newlyn School of Painting, mainly settled in Lamorna (meaning “valley by the sea” in Cornish), the group, captured in Jonathan Smith’s Summer in February, including Laura and Harold Knight, Alfred Munnings and Frank Gascoigne Heath. For Laura, it was ‘Student life in surroundings such as we had never dreamed of; a carefree life of sunlit pleasure, and leisurely study.’[1] A dazzling plein air watercolour portrait of The Penton children by Dame Laura Knight, captures the joy and brilliant colour of this idyllic pre-war period, the impact of the Cornish light and landscape marking a turning point in her career.  The sun-drenched interior, Maidenhood by Frank Gascoigne Heath, is equally indebted to the clear, bright Cornish light, a beautiful representation of the artist’s daughter coming of age in his beloved home, Menwinnion, in the Lamorna Valley.

Not long after the First World War, Cedric Morris moved to Cornwall on the advice of Alfred Munnings and painted his first landscape in oil there in 1919. His Still life in doorway, combining a floral still life with a complex geometric background, demonstrates his skill as a plantsman as well as a brilliant colourist; at the foot of the bouquet is a Cedric Morris poppy, bred by him from wild, scarlet field poppies. His friend, Christopher Wood, represented here by the captivating, Anemones in a glass jar, also found inspiration in the landscape and lively fishing harbours of Cornwall, returning to St Ives with Ben and Winifred Nicholson in 1928, where they ‘discovered’ the retired mariner turned ‘primitive’ painter, Alfred Wallis.

Nicholson, whose radiant Sept 58 (Iseo) is an exceptional example of his post-cubist, table-top still lifes, would revisit with second wife, Barbara Hepworth, at the start of the second world war reinvigorating the art scene of St Ives for a new post-war generation of abstract artists during the 1950s and 60s, including Peter Lanyon, Patrick Heron, William Scott, Terry Frost, Paul Feiler, Alan Davie and Bryan Wynter. Wynter’s enthralling Sea journey of 1958, inspired by the underwater cinematography of Jacques Cousteau, was included in his celebrated one-man show at Waddington Galleries in 1959, which led to the artist being declared the ‘one serious challenge’ to American dominance of the London scene.’

Bridget Riley, represented by two luminous gouache paintings, spent her childhood in Cornwall and continues to work there, the radiant light and outstanding natural beauty of the landscape forming ‘the basis of my visual life.’[2]

Last year the redevelopment of Tate St Ives afforded a dedicated permanent display exploring modern art in St Ives and its international context. This May the Richard Green Gallery is delighted to sponsor the major retrospective of acclaimed artist and critic, Patrick Heron, in its new exhibition spaces.

A fully illustrated catalogue will be available.