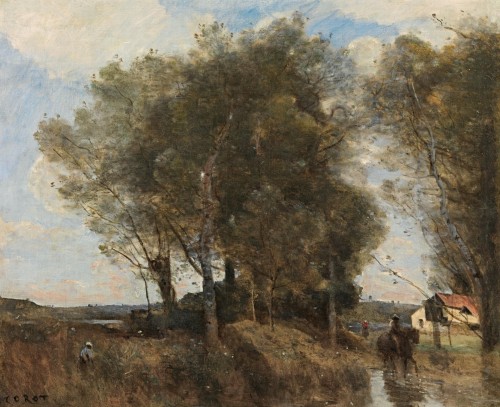 M. Disant-Grédelue, acquired from the artist

‘Beauty in art consists of a truthfulness in the impression we have received from an aspect of nature...the real is one part of art; the sentiment completes it’, Corot declared in 1856. In his mature paintings, he distils the essence of a landscape, wafting over it a haze of poetry that led van Gogh to write of the ‘quietness, mystery and peace’ of his work.

Corot was an indefatigable traveller. In 1872, the year that this painting was made, he made no less than seventeen excursions, searching for new motifs, enjoying the company of friends. According to Alfred Robaut, Passiance (Landes) is related to an oil study, Passiance, près Saint-Avit (Landes)[1]made while Corot was staying with M. de Rivière in the Landes region of south-western France. The present painting is a larger, more detailed meditation on this motif, executed in Corot’s studio at Coubron[2], east of Paris, where Corot often sought tranquillity with the Gratiot family.

Trees, filtering the soft light, dominate the scene. Peasants work in the fields and a traveller waters his horse. There is a poetic sense of timelessness in la France profonde. Corot substituted the road in the right foreground of the oil study with the pond in the present work, opening up an area of radiance that reflects the serpentine band of cloudscape above. Corot’s paintings owe their magic to the perfectly-judged placement of areas of light and dark, the filtering of sunlight through shimmering leaves, the balance of topography and generalization. In creating these landscapes he was paying homage to the work of Claude Lorrain (1600-1682), who presented Italy as an Arcadian dream. Corot threw a similar spell over the landscapes of France and was fêted by connoisseurs and fellow artists alike. 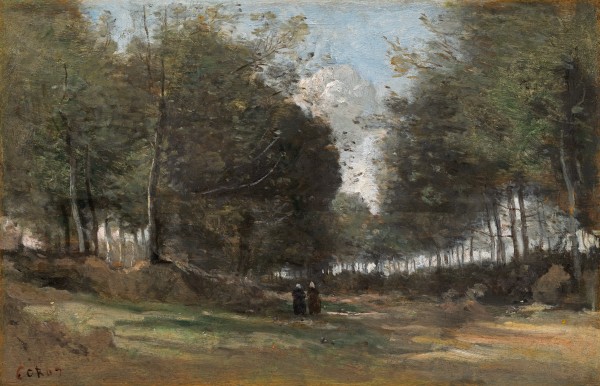 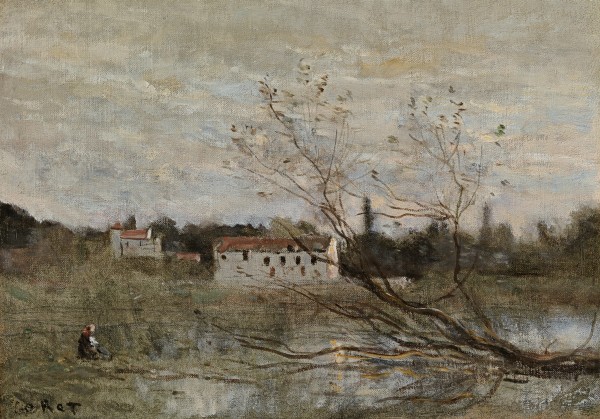 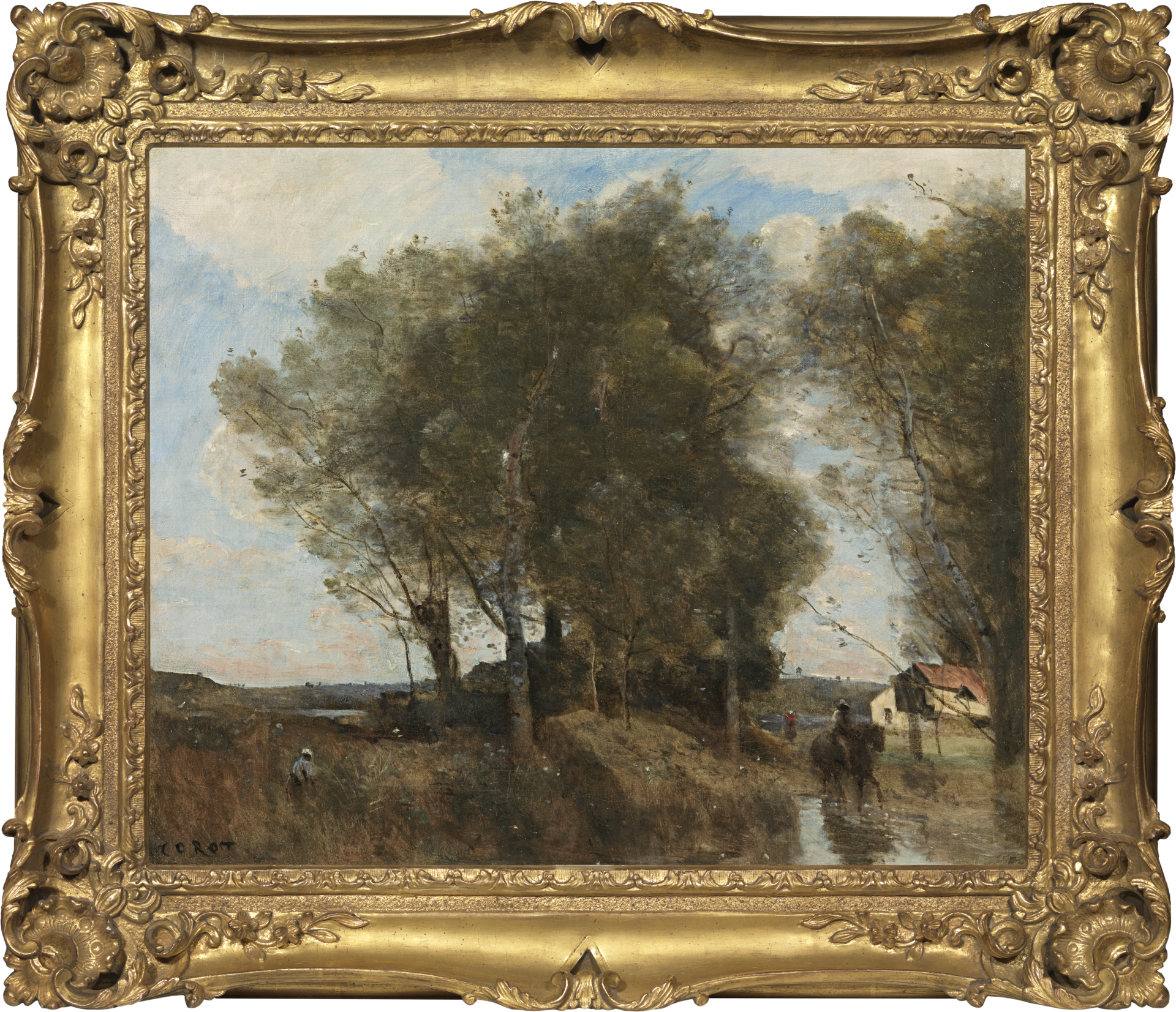