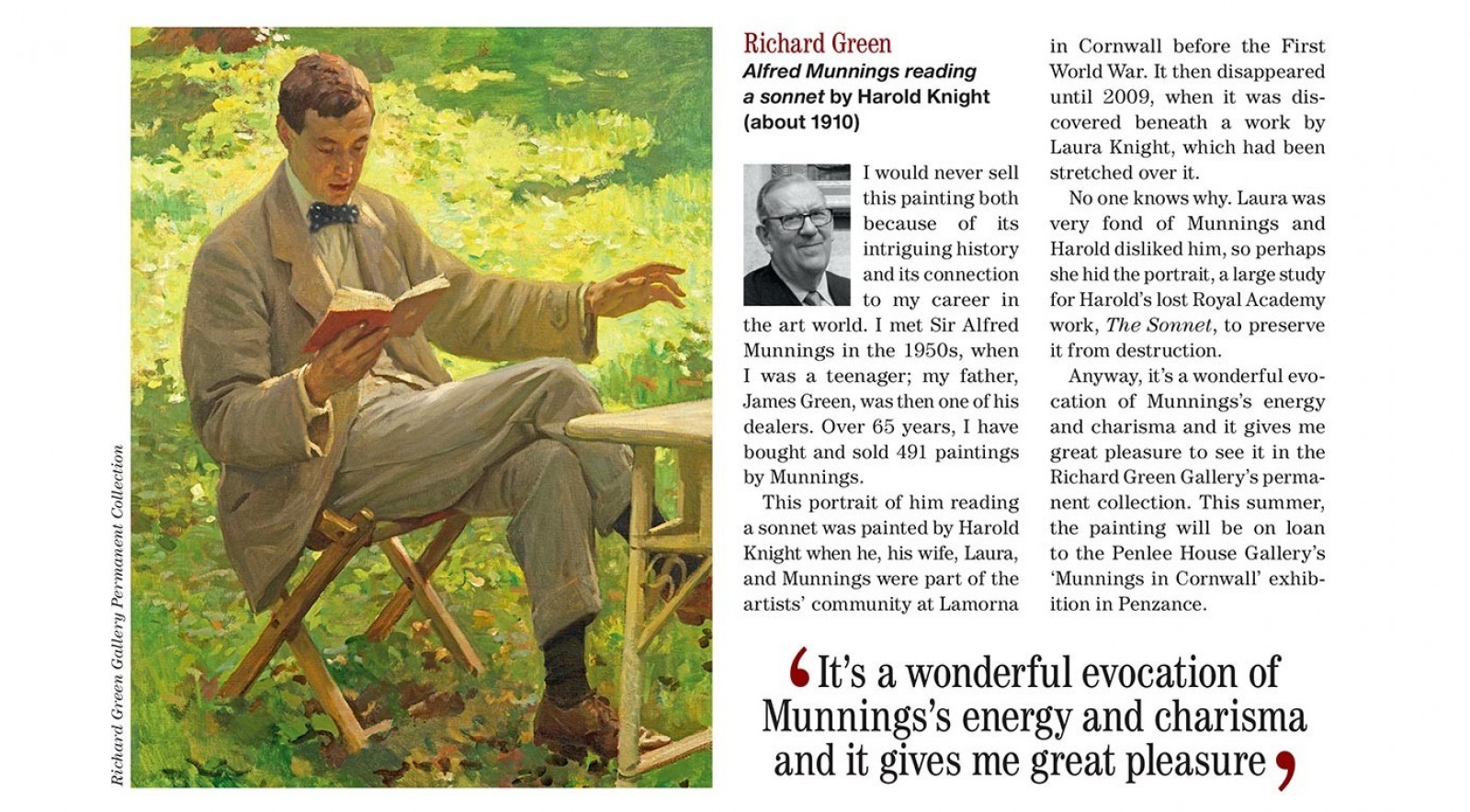 Richard Green – A painting I would never sell

“I would never sell this painting both because of its intriguing history and its connection to my career in the art world. I met Sir Alfred Munnings in the 1950s, when I was a teenager, as my father James Green was then one of his dealers. Over sixty-five years I have bought and sold 491 paintings by Munnings. This portrait of Alfred Munnings reading a sonnet was made by Harold Knight when he, his wife Laura and Munnings were part of the artists’ community at Lamorna in Cornwall before the First World War. It disappeared until in 2009 it was discovered beneath a painting by Laura Knight which had been stretched over it. No-one knows why. Laura was very fond of Munnings and Harold disliked him – perhaps she hid the portrait, a large study for Harold’s lost RA work The sonnet, to preserve it from destruction. Anyway, it’s a wonderful evocation of Munnings’s energy and charisma and it gives me great pleasure to see it in the Richard Green Gallery’s permanent collection. This summer, the painting will be on loan to the Penlee House Gallery’s Munnings in Cornwall exhibition in Penzance.” 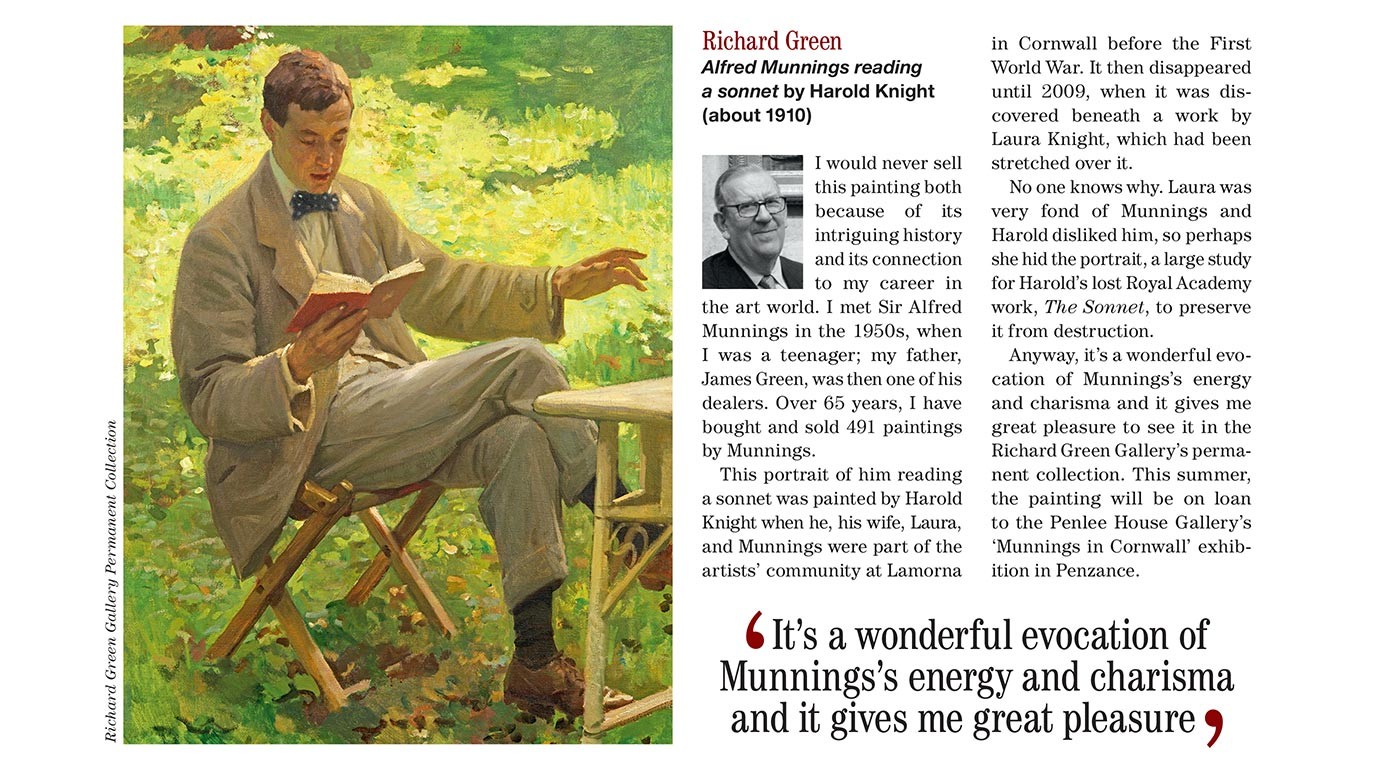