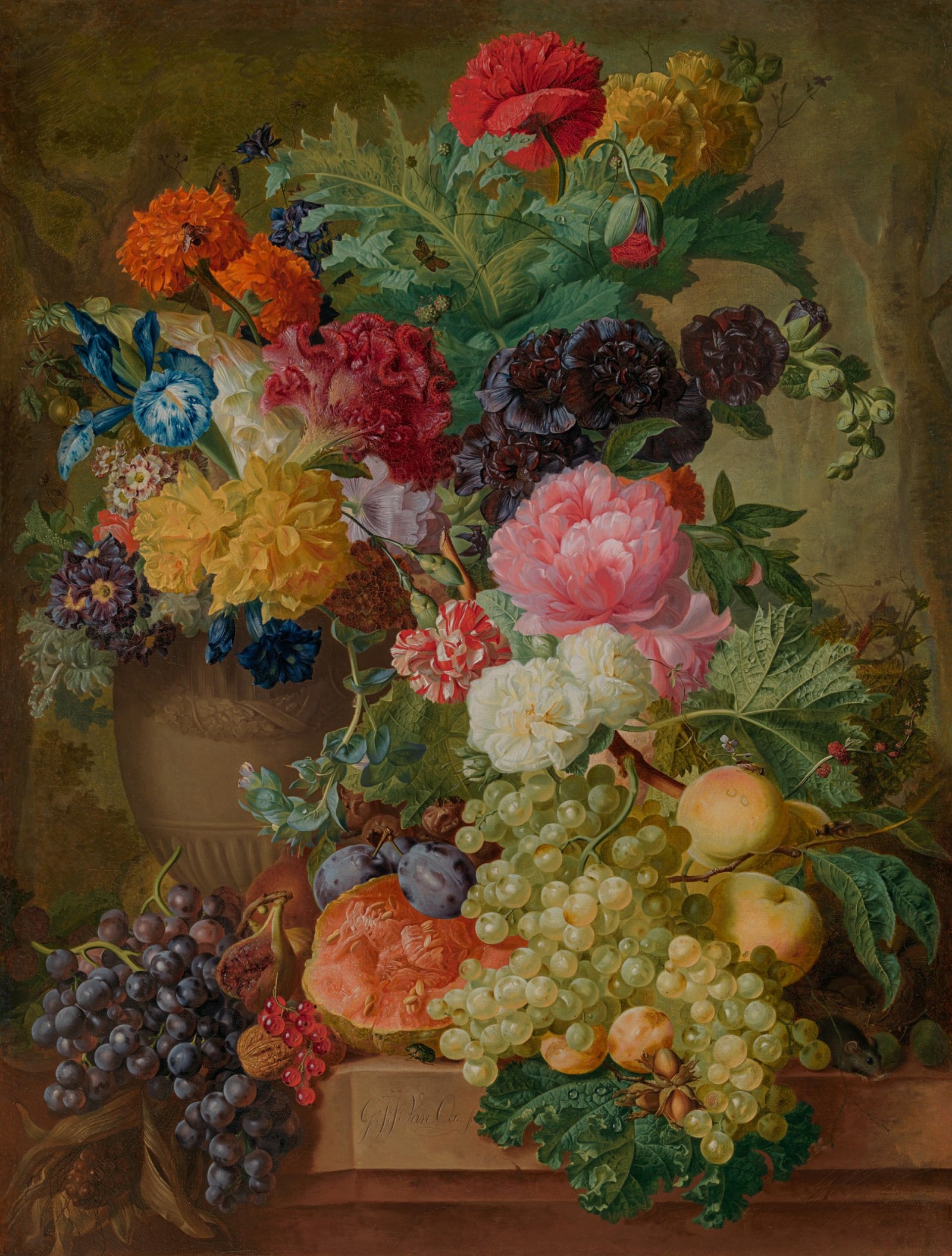 2018 marks 370 years since the signing on 30th January 1648 of the Peace of Westphalia, the treaty that ended the Eighty Years’ War between the Protestant Northern Netherlands and the Spanish-controlled Southern Netherlands, giving the north its freedom. Despite the conflict, painting flourished in this seventeenth-century Golden Age of Dutch and Flemish art: Richard Green’s stand at TEFAF Maastricht celebrates this.

Salomon van Ruysdael’s Winter landscape with figures skating and sledging, 1658, a rare, large winter scene by the Haarlem master, vividly evokes the pleasures of the ‘Little Ice Age’, the era of exceptionally cold winters. Townsfolk skate and enjoy trips across the ice in horse-drawn sleighs in the exquisite pink light of a chilly sunset, under Salomon’s trademark scudding clouds. To the right is the lacy gothic tower of Utrecht Cathedral.

Dirck van Delen spent most of his career in Arnemuiden near the border with the Spanish Netherlands, having fled from Breda when it was recaptured by the Spanish. He was a magician of architectural capricci, whose complex compositions echo elaborate Dutch cabinets with secret compartments, or the mystery-shrouded dolls’ house of the novel The Miniaturist. Van Delen’s Architectural capriccio with figures promenading, 1634, is a labyrinth of sly views and glimpses, with courtly couples enjoying a palace and park, a bedroom scene, and a wonderfully-observed fight breaking out over a game of skittles.

The fertile Dutch countryside was an immense source of pride and national identity to the inhabitants of the northern Netherlands, who stubbornly resisted the might of the Spanish Habsburg empire for eighty years. Jan van Goyen’s River landscape, painted in 1642, six years before the Peace of Westphalia, rejoices in the unassuming but much-loved Dutch landscape of dunes and waterways, unified by the golden glow of his ‘tonal’ manner. The fortification to the right, dramatic but ramshackle, perhaps holds out the hope that the symbols of war will crumble away with peace.

Still life painting as an independent genre developed and flourished in the seventeenth-century Netherlands. Osias Beert lived in Antwerp, in the Catholic Spanish Netherlands, conjuring up lavish compositions such as this luscious combination of Flowers in a basket and in a glass vase, its great variety of blooms depicted with sinuous liveliness in an array of bright hues. By contrast, the Haarlem painter Willem Claesz. Heda’s Still life with a roemer and a peeled lemon, 1634, with its exquisite, restrained light and simple, perfectly placed objects, breathes an air of Protestant moderation.

Other highlights of Richard Green’s stand include a serene, contemplative pair of paintings depicting The Archangel Gabriel and the Virgin of the Annunciation by the Roman artist Giovanni Battista Salvi, called Sassoferrato. They have an extraordinary provenance, having belonged to the Empress Joséphine, Napoleon Bonaparte’s first wife. The pair was part of Joséphine’s collection kept at the Château de Malmaison, the paradisally beautiful estate that she created outside Paris.

A fine group of Impressionists and Post-Impressionists includes Claude Monet’s dazzling 1882 evocation of his beloved Normandy coastline, Plage et falaises de Pourville. His fellow Norman, friend and financial backer of Impressionism, Gustave Caillebotte, depicts Petit Gennevilliers on the Seine, where he lived, with characteristic quiet intensity. Complementing these key works of Impressionism are paintings by forerunners and inheritors of the movement, including Eugène Boudin, Henri Martin, Henry Moret and Albert Marquet.