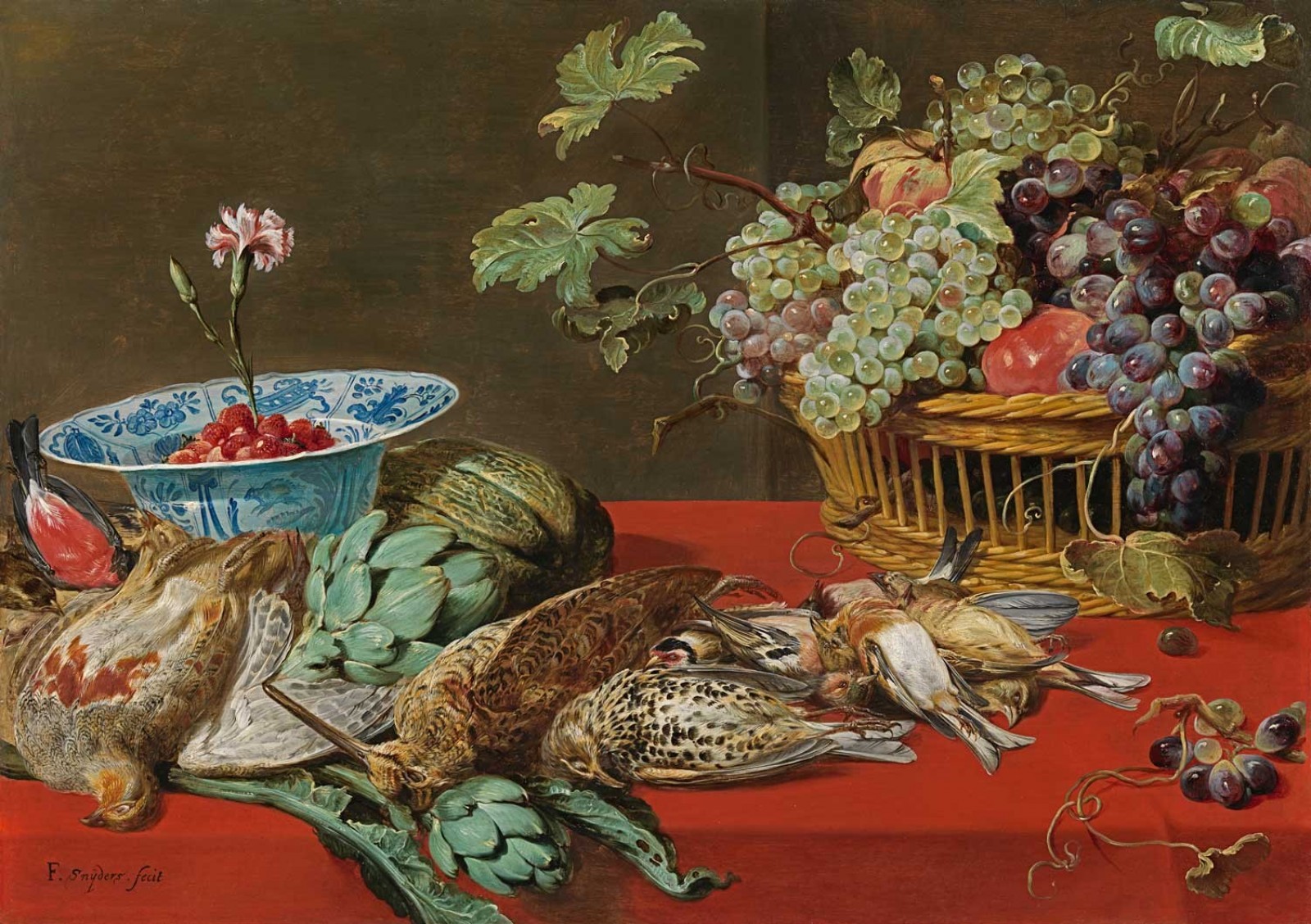 TEFAF New York Fall has become a firm fixture in the city’s autumn cultural calendar, as crisp sunshine floods the streets and the pace of life quickens. Richard Green Gallery is delighted to be back with a colourful group of European paintings dating from the sixteenth to the twentieth centuries. They begin with Corneille de Lyon’s (c.1500/10-1575) sensitive portrait of a young officer in the Royal Household of King Henri II of France, painted around 1550.

Among the outstanding seventeenth century Flemish paintings is Frans Snyders’s Still life with small game birds and a fruit basket, c.1615-17. Snyders (1579-1657), appropriately enough the son of an innkeeper, became wealthy and celebrated for his luxurious still life paintings, vibrant with virtuosic brushwork. This work symbolizes the abundance of the Flemish countryside after the 1609 Twelve Year Truce between the Spanish rulers of the southern Netherlands and the Dutch rebels brought renewed peace and optimism.

Another Flemish masterpiece, Still life of flowers in a glass vase, with a Red Admiral butterfly, c.1640, is the work of the Jesuit priest Daniel Seghers (1590-1661), who was taught by the pioneering flower painter Jan Brueghel the Elder. Seghers paints with exquisite refinement, turning his blooms in space against a dark background, catching the silky translucency of a white rose petal and the waxy twists of a hyacinth flower. His works became so famous that they were often used as diplomatic gifts from the Jesuit Order to European rulers.

Venice fascinated English Milordi in the eighteenth century and wealthy American travellers in the nineteenth, as Henry James’s novels attest. Among our stand’s highlights is a superb view of Venice, the Molo with the Doge’s Palace, the Piazzetta and the Libreria, looking north-west by Canaletto’s nephew and pupil Bernardo Bellotto (1722-1780), painted around 1738, when he was still a teenager. The precocious Bellotto evokes the magnificent medieval and Renaissance architecture of the Serenissima, bathed in the shimmer of the lagoon.

Painted a few yards from Bellotto’s viewpoint, looking in the opposite direction, is Venice, the Bacino di San Marco looking east, c.1744-49, by Antonio Joli (c.1700-1777), whose work as a stage designer infuses the radiant light and drama which he brings to this iconic view. The painting was probably made when Joli was living in London, working for the King’s Theatre, Haymarket, which staged many of Handel’s operas.

Henry Moret’s (1856-1913) Les brisants, 1898, describes the breakers crashing against the rocks of the Breton coast, the terrain at the heart of his painting since he had worked at Pont-Aven with Gauguin in the 1880s. In his mature style, Moret combined the strong colours of his Pont-Aven manner with a return to Impressionistic naturalism.

Théo van Rysselberghe (1862-1926) was an important conduit between Belgian and French Impressionism and Post-Impressionism. As a founder member of the avant-garde Belgian art association Les XX, he encouraged Paul Signac and George Seurat to exhibit with the group. Under their influence, van Rysselberghe became a leading exponent of Pointillism, but ultimately found the method too restrictive. After 1910, his brushwork becomes more fluid, his impasto richer and his palette more subtle. He became enchanted by the light of the Midi and built a house at Saint-Clair, near Le Lavandou in Provence. Champ d’anthémis, Saint-Clair, 1913, depicts the rolling landscape on the edge of the Côte d’Azur, with its ancient olive trees and mellow, red-roofed farmhouses. In the foreground, a woman is gathering camomile flowers, used in the herbal and perfume industries for which Provence continues to be renowned.

Francis Picabia (1879-1953), the future Dadaist and Surrealist, was deeply influenced in his early career by the Impressionists, particularly by Alfred Sisley. Picabia’s Les châtaigniers à Munot, effet de soleil, 1907, was painted not far from Sisley’s former home at Moret-sur-Loing. Bold and fizzing with life, this plein-air, high summer landscape vividly demonstrates why a contemporary critic declared that Picabia ‘paints with joy’.