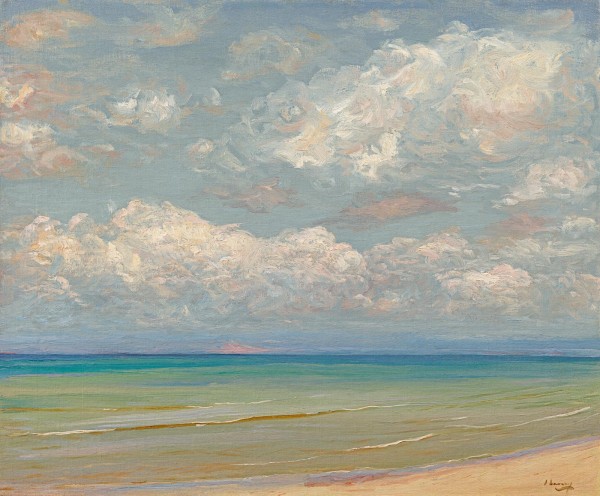 Born in Belfast, he was orphaned in infancy and brought up by an uncle near Moira, and later, another relative in Ayrshire. As a teenager, Lavery was apprenticed to a Glasgow photographer, and during the late 1870s, attended classes at the Haldane Academy in Glasgow. He then trained at Heatherleys in London and in 1881, settled in Paris, where he studied at the Academie Julian and Atelier Colarossi; during this period he was influenced by Jules Bastien-Lepage and painted in a plein-air and naturalist style.

Following the death of his wife, Hazel, in 1935, Lavery set off for Hollywood with the idea of painting the ’stars’. With the outbreak of the Second World War, he was obliged to return and died at Kilmaganny in 1941.