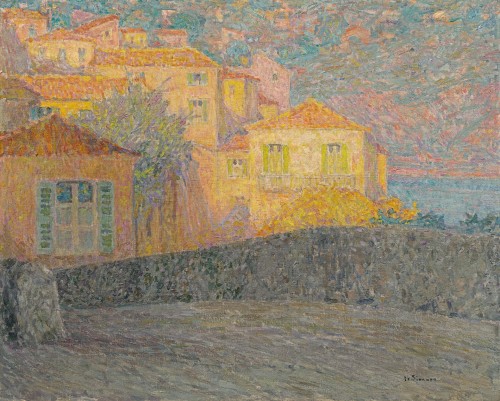 In its original gilded composition frame

Acquired circa 1970 by a private collector, USA;

Henri Le Sidaner spent the first ten years of his life amid the tropical vegetation of Mauritius in the Indian Ocean, before moving to Dunkirk in northern France. There was always a part of his soul that hankered after the heat and light of the South. In 1910 he stayed with his son Louis (nicknamed Petit Ri) in Beaulieu-sur-Mer on the French Riviera. The boy was in delicate health and his doctor had advised wintering in a temperate climate. Enchanted by the light, Le Sidaner spent many sojourns in the south of France until the end of his life.

Every year from 1923 to 1928 Le Sidaner stayed with his family at the Hôtel Welcome at Villefranche-sur-Mer, a mellow old fishing port east of Nice and six miles south-west of Monaco. It was also a favourite haunt of Jean Cocteau, although it is doubtful that the enfant terrible and the gentle, conservative Le Sidaner would have had anything in common. Le Sidaner’s great-grandson Yann Farinaux-Le Sidaner comments that the artist ‘liked to stroll on the quay. He could not find a happier setting than its beautifully coloured houses and its old walls arranged proudly on the water’s edge’[1].

In this painting Le Sidaner employs his sensitivity to tonal juxtapositions and harmonious composition to conjure up the languorous atmosphere of Villefranche in the late afternoon sun. The light reaches its deepest intensity just before the heure bleue of the Mediterranean evening. The shadowed foreground pulsates with subdued touches of colour – lilac, purple, green, blue and grey – throwing into relief the golden haze of blocklike, sunlit houses on the edge of the bay. The stuccoed walls are formed from an interweaving of pink, yellow, deep orange, offset with the eau-de-nil and chartreuse greens of the shutters. On the other side of the water, the pink of the sun-warmed landscape is striated with green. As is usual with Le Sidaner, human presence is implied, not seen. With his unique, mysterious and poetic vision, Le Sidaner evokes the magic of the Riviera. 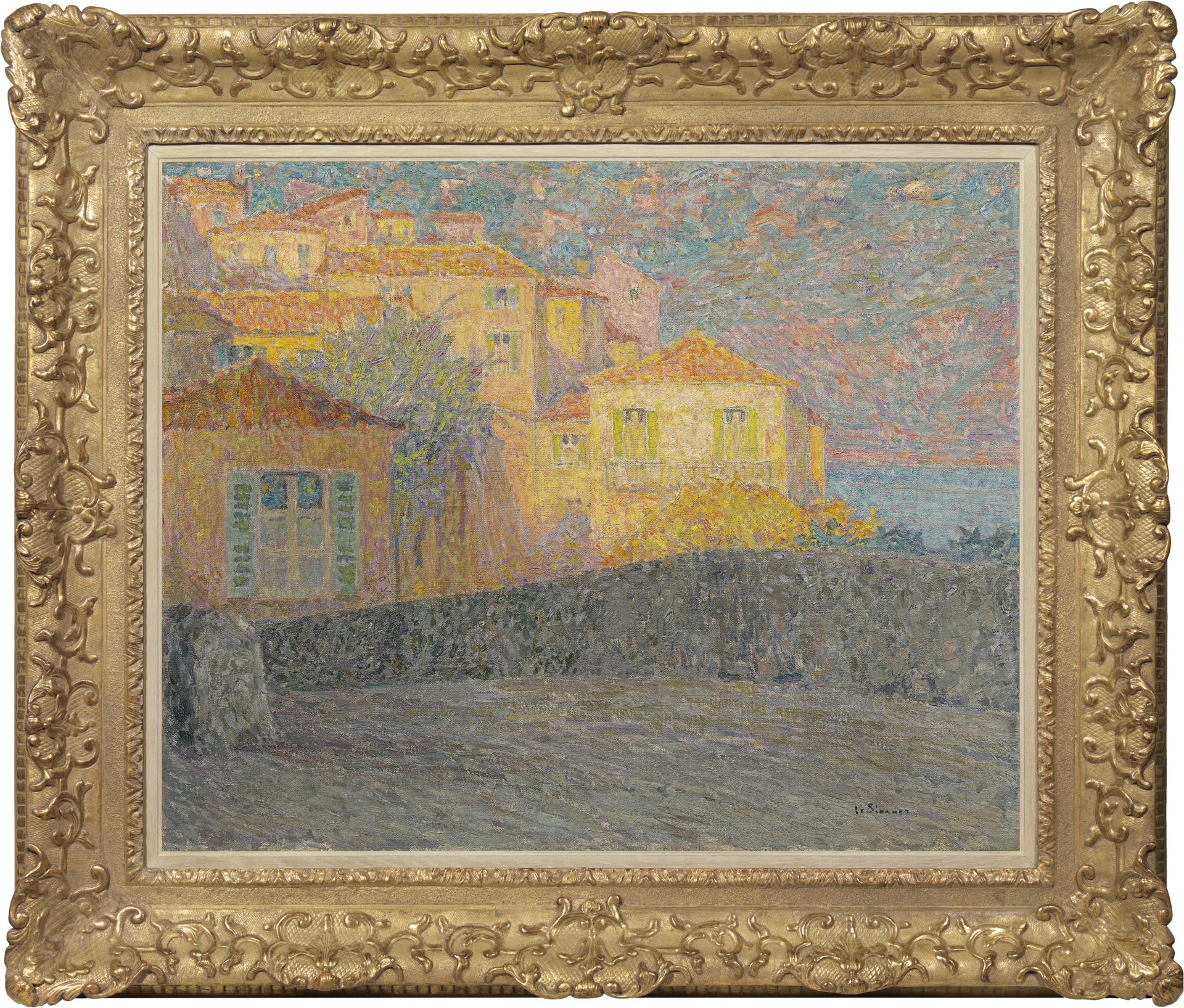