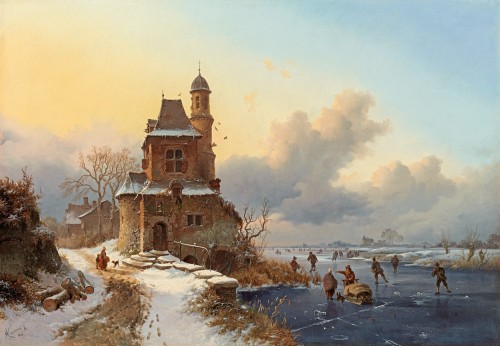 This winter landscape is a tour de force of Dutch Romantic painting, executed by Fredrik Marinus Kruseman at the pinnacle of his career. Kruseman renders the idyllic, rural panorama with incredible depth and detail, enlivened by villagers skating on the frozen waterway. The ice in particular is superbly rendered, with reflections of the skaters, subtle cracks and blocks of ice on its mirror-like surface. Kruseman deftly balances the cool blue-grey palette with the warmth of his undulating, coral-like trees and the pale gold of winter sun glinting on snow.

Fredrik Marinus Kruseman specialised in summer and winter landscapes with figures and showed a particular talent for depicting snow scenes and winter sports. Occasionally he also painted still lifes. Kruseman came from an important family of artists. He was the cousin of both Cornelis Kruseman (1797-1857), Director of the Royal Academy of Fine Arts of Amsterdam and a popular painter of historical and biblical subjects and peasant scenes, and Jan Adam Kruseman (1804-1862), a historical painter and portraitist.

The son of a Lutheran hatmaker from Haarlem, Fredrik Marinus Kruseman studied under many of the great Dutch landscapists of the nineteenth century school. In 1833 he was a pupil of Jan Reekers (1790-1858) at the City Drawing School in Haarlem. He continued his tuition with Nicolas Jan Roosenboom (1805-1880), pupil and son-in-law of Andreas Schelfhout, in Haarlem. He made his début at the Living Artists Exhibition in The Hague in 1833. Two years later, he moved to Hilversum for a year where he studied with Jan van Ravenwaaij (1789-1869). He returned to Haarlem briefly before he left for Kleve and in this period he was the student of Barend Cornelis Koekkoek (1803-1862), who was to have a considerable and lasting influence on both his subject matter and style.

Kruseman travelled extensively in Northern Europe, visiting Belgium, Germany and France, finally settling in Brussels in 1841. Between 1852 and 1856, Kruseman lived once again in the environs of Haarlem, but he returned to Brussels in 1856 where he remained for the rest of his life. He exhibited in Amsterdam and The Hague between 1833 and 1856. 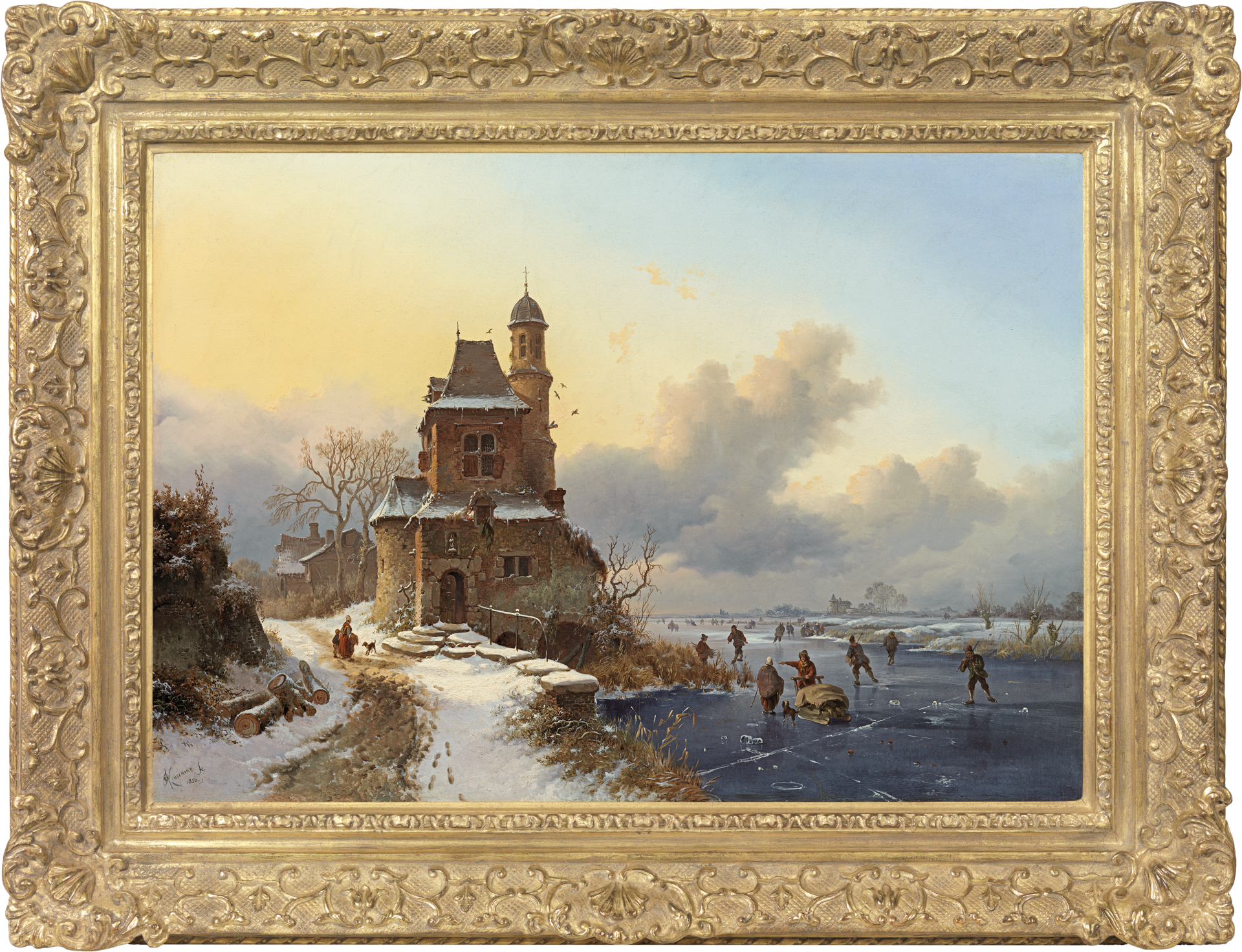